The Novel Strumpet is at it again! This week she is bending back the spine of yet another novel sure to tantalize and surprise you!

Strumpie is giving us a great review of Lori Foster’s Bare It All which is sort of a continuation of the Men Who Walk the Edge of honor series of book. Kind of like Prometheus was a kind of prequel to Alien! lol…

It’s all Lori Foster’s Fault that I love romance novels.

Her latest book, Bare It All (Love Undercover #2) is out today. This is a sort of continuation of the Men Who Walk the Edge of Honor series in that it centers around a character from Trace’s book, Alice. She was the secretary (against her will) of a human trafficker and escaped/was rescued at the end. She showed up briefly in the last novel Run the Risk and I’m so glad to see her get a happy ending. I mean she can’t help carrying around all that guilt from working for a human trafficker. Reese Bareden is a hunky hero, no doubt, but I guess I’m kind of more in love with Foster’s heroes who have a little more danger and edge to them. He’s a little too good for me, so I’m looking forward to a Rowdy novel. I do feel that after the last series, this one runs a little flat at times (I mean Dare, Trace, Jackson, etc. were seriously hot and did walk a fine line between legal and not) but that’s not to say it’s bad. I like this turn she’s taken on a serious issue out there, and while it is disguised in a romance novel, I feel that it may have brought to attention that human trafficking is not something that only happens in large cities or in another country. Oh, and the sexy times are steamy. Yay! All in all another satisfying book to add to my Lori Foster collection.

But why do I blame her for my love of the Romance genre?

Well, it’s not that I hadn’t read Romance novels before. I used to steal them out of the hall closet Mom “hid” them in as a tween/teen. When I worked at a bookstore (for years) my favorite pastime was to try and guess the occupation and nationality of the men in the monthly Harlequin books based solely on the cover. But the characters in those books, and all the others I’d read over the years, were perfect. Really gorgeous, very sophisticated, well behaved, part of the upper echelons of society (or married into it), etc. I couldn’t relate. So, it was never a genre I gravitated toward unless I had nothing else around to read or the title/cover/description was just so humorous I had to read it.

That’s how I picked up Once and Again by Lori Foster.

My friends and I thought it would be fun to get together and read a romance out loud. There may have been some drinking involved. For some reason we decided on this book. Maybe because it was a two-for-one deal, meaning it had two novels in one volume. Maybe it’s because we found the concept of it being set in Podunk, KY funny. I mean aren’t they supposed to live in New York, London, Paris, etc? Maybe it was one of the female character’s names – I mean Honey…really? Who knows. What I do know is that much to my chagrin I kind of liked it and secretly got the next two in the series. Then I just kept buying everything she’d published. Still do.

I’ve read other authors that are similar, but there’s just something about Lori Foster that clicks for me. Can’t put my finger on it, but for me she always has the perfect combination of humor, heart and heroics. Her main male characters can be business tycoons, MMA fighters, covert operatives, police officers, fire fighters, etc. but they always come off as having a soul. The thing about those Harlequin monthlies is the men just seem so cold. And while some of her female characters are well put together, a lot more are hot messes. Strippers, mercenaries, private eyes, computer geeks, etc. Her novels can always make me laugh out loud despite the suspense she weaves into them. And while her men are super hunky, but good hearted, they’re also “approachable” in a sense. Not in “real life” but living in her novels they are.

So it’s all Lori Foster’s fault that I now read tons of romance novels.

Here are some of my faves by her:

Once and Again – The first of the Buckhorn boys and what started it all. Toss up on who I like better. Sawyer’s a doctor and works to maintain his physician cool with Honey – the woman he rescues from his lake – but oooh, when he loses that cool it is H-O-T! Morgan’s always hot headed, hot in other ways too, but I think my vote is on Sawyer.

Too Much Temptation – I like this one because Grace Jenkins is chubby. Chubby women don’t get enough stories with hot Alpha males like Noah going after them.

Wildly Winston– Another brother anthology. I specifically like Cole and the lady he’s after Sophie. Hot chocolate has never been so sexy and I love the fact that she tries to play herself off as a twin to try and get him because she’s too shy otherwise.

Murphy’s Law – Quinton Murphy, hot business exec. Ashley Miles, hot mess. Ok not really, but she’s a girl working her way through school and wears the most atrocious outfits. Ok, that’s a matter of opinion but they really do sound awful.

***When You Dare – Excuse me while I go take a cold shower. Freezing shower. Maybe with ice cubes in the tub. Dare Macintosh. OMG! Professional mercenary who takes down sex slave traders…and my libido! So far I think he’s my #1 out of all her men. Uber-alpha male to the nth degree…Rawr! 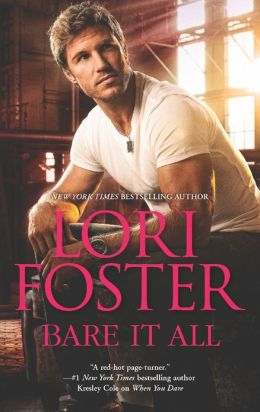