Home / Conventions • Q and A • Stars of the 1980's and 1990's • The Novel Strumpet • Written Revelry / Written Revelry! The X-Files Hero Complex Film Festival 20th Anniversary Event! With Series Creator Chris Carter! Has It Been 20 Years! The Truth Is Out There!

For this weeks Written Revelry, our own Novel Strumpet, says the Truth is out there! She can only be talking about one thing… The X-Files.

Yep, that quintessential series starring Gillian Anderson and David Duchovny and Mulder and Scully. I can’t believe it’s been 20 years since the show first aired! Damn… Time does fly doesn’t it?

The L.A. Times Hero Complex Film Festival held a screening of three episodes picked by the fans along with a q and a with series creator Chris Carter!

Check out the Novel Strumpet’s full recap after the jump!

This past Sunday Scott and I attended the L.A. Times Hero Complex Film Festival for one reason… The 20th anniversary celebration of the X-Files.

OMW IT’S BEEN 20 YEARS SINCE IT FIRST AIRED – well almost, technically it’s in September – I AM SO OLD!!!!

I watched this show from the first day it aired all the way to the bittersweet end and both movies. There were ups and downs, there were promises of no aliens and no shipping which turned out to not be true (I still don’t know how I feel about them being shipped), there were episodes that scared the living daylights out of me and episodes that made me laugh until tears streamed down my face. To this day I think it has the best male/female pairing that has ever been seen on television. I have never seen a show be so fearless, and so willing to push it’s own boundaries.

It really warmed my heart to see a nearly full movie theatre loaded with Mulder and Scully t-shirts, dolls, posters, etc. The one thing that struck me in the waning years of the show and the post X-File era is that the people involved with the show and the studio never quite seemed to know what to do with the fandom. Unlike other cult shows, and other X-Philes may contradict me, I never felt that the cast and crew even really understood what they had.

The first episode we watched was “Pilot”, it’s still so much fun to go back and see how different Scully was in that first episode. She smiles. A lot. Weird. Then we were treated to “Jose Chung’s From Outer Space” which is one of the more bizarre episodes but with Charles Nelson Reilly, Jesse Ventura and Alex Trebek popping up in the course of the episode how can you not love it?

After those two episodes they finally brought out the man we owe it all to, Chris Carter. He seemed a little awestruck by the standing ovation we gave and at how many of us were present on a Sunday night to watch episodes of a show that has been off the air for 11 years! When asked about the X-Files as a whole experience he said it seemed surreal. 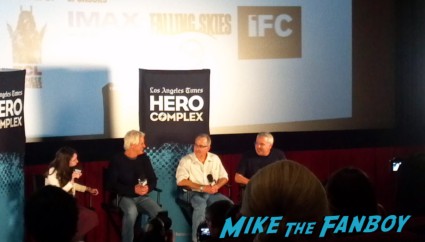 There was a nice Q and A session where he talked about the differences between shooting in Vancouver and Los Angeles and the “family” that grew up amongst the crew in both cities. Then he brought two of the writers up, Darin and Glen Morgan. Together they regaled us with stories about how many episodes were almost plucked out of thin air or written on a short deadline. 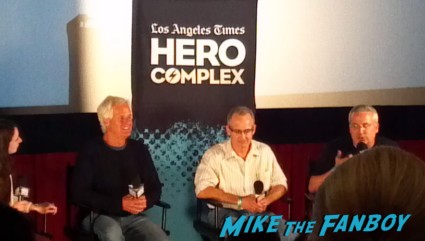 They also talked about how many actors they recycled on the show. In fact two of the actors from “Jose Chung’s…” showed up in “Clyde Bruckman’s Final Repose”. Heck even Darin Morgan played two of the most well known characters: Flukeman and Eddie Van Blundht. 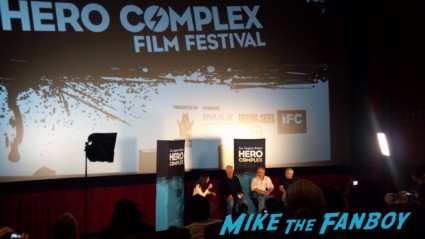 It was also fascinating to hear how much Carter fought for the show, how much it seemed like a constant collaborative process, how much everyone trusted each other enough to take chances on scripts or characters that seemed too off the wall. Darin even thanked Carter for the fact that he was so willing to take so many chances. In fact it came out during the audience Q and A that he hadn’t even auditioned Duchovny or Anderson together, the first time Mulder and Scully read together was when the actors shot their first scene together down in the FBI basement we Philes came to consider a sort of home. 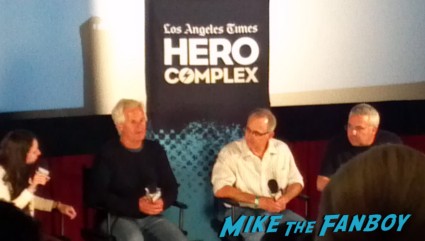 They also talked about how timely the show is, as far as mistrust of the government, but Carter admitted that he was glad he didn’t try to start the show in a post 9/11 or post Great Recession world. For him, and for all of us fans, the timing for the show was right from start to finish. 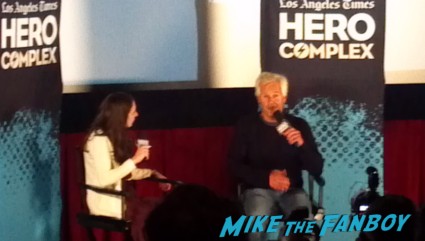 Of course we all want to know if there will be a third movie but nothing Carter said, even his tongue-in-cheek “The Truth is Out There” gave me any hope for that. 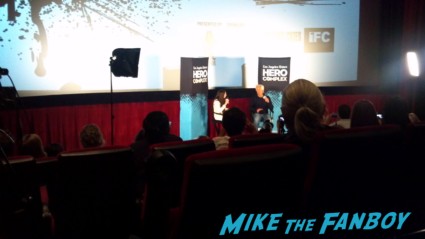 After the talk we settled in to watch the last episode of the night “Clyde Bruckman’s Final Repose.” And then, sadly, it was all over.

However, Scott and I are already talking about how we’ll celebrate the true anniversary on September 10th.

I still want to believe.