It’s the end of the world as we know it, and I feel fine…

Science fiction and superhero films are so prolific these days, it’s hard to keep track of who’s doing what, in what timeline and when. Needless to say, sometimes these things just don’t make sense and really besides the fun of having conversations with friends about “something not being feasible” or “that could never happen” do we care? I’m going to venture a guess and say no. 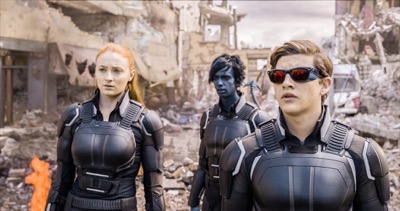 When films like X-Men: Apocalypse, out now on Blu-ray, come around its best to just sit back and enjoy the ride. With the X-Men universe rebooted after Days of Future Past, the X-Men of the past must now save the world again, this time from an ancient mummy. Actually, the mummy is an Egyptian mutant named En Sabah Nur (Oscar Isaac). He is trying to become immortal but can’t so he has to transfer his consciousness into younger people’s bodies. This ritual is what opens the film, but it’s interrupted and En Sabah Nur is buried under the wreckage of the giant pyramid that they are in. 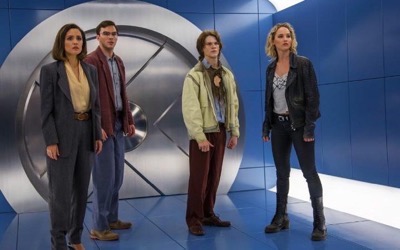 Cut to the 1980s, when the X-Men we know and love are all scattered. Eric Lehnsherr (Michael Fassbender) is no longer Magneto and has a family of his own. He’s living a normal life when he uses his powers to prevent an accident and his cover is blown. After saving the world, Raven (Jennifer Lawrence) has been traveling the world looking for other mutants and trying to help them. During her travels she meets up with Angel (Ben Hardy) a winged mutant who has been pitted against other mutants in a cage match of sorts. Angel, meets Nightcrawler (Kodi Smit-McPhee) who can teleport small distances and is very… Blue. 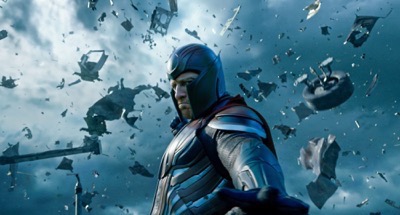 Charles Xavier (James McAvoy) is trying to help some younger X-Men including Jean Grey (Sophie Turner) and Scott Summers (Tye Sheridan). Both are learning about their powers with Jean having horrible nightmares about a disaster yet to come.

Of course En Sabah Nur AKA Apocalypse isn’t dead and is recruiting his “4 Horseman” which includes Magneto. Xavier in the meantime is forced to contact Moira MacTaggert (Rose Byrne) who in First Class, he fell in love with but he erased her memory. 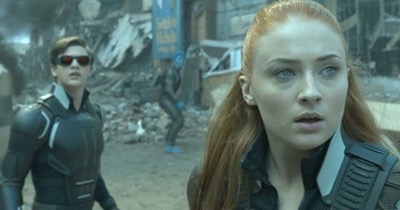 Apocalypse has his eyes firmly set on transferring his consciousness into Xavier’s body, which sets the film up for it’s third act which pits the super villain vs the super X-Man. There is a huge showdown where Apocalypse tries to live up to his name.

While I know a lot of people who didn’t find X-Men: Apocalypse a worthy followup to the excellent Days of Future Past. Personally though, I think that Apocalypse while not as good of a film as Days of Future Past is still a pretty decent outing in the X-Man franchise. The biggest miss for me at least, was Apocalypse himself. He’s a larger than life villain but his motivations were all destruction no soul. There wasn’t a heightened personal dilemma and to be honest, we all kind of knew that the world wasn’t going to end  (especially after it was just rebooted in the last film) so the stakes were not nearly as high. 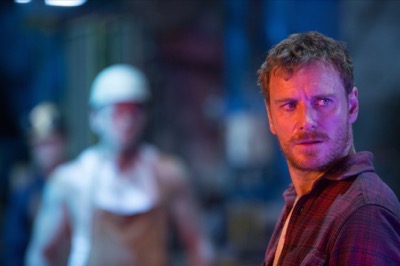 Even with that failing, the film is still a big action spectacle, with excellent effects. The film tries to bring an emotional side into the overall story with Xavier realizing that he can’t wipe away the memories of the past and allows Moira to remember what happened in First Class. Sadly, it’s not enough of an overall emotional journey to pull everything together, so in that respect the film does miss the mark a little. However, it’s still leaps and bounds better than Last Stand and a really good chapter in the X-Men legacy. 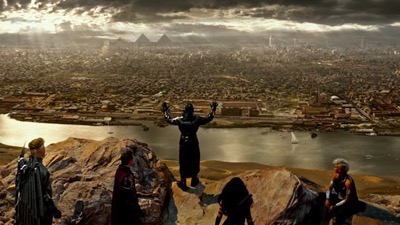 X-Men: Apocalypse arrives on Blu-ray in an excellent transfer thanks to 20th Century Fox Home Video. The picture quality is outstanding and the fine details really help sell the film. I think in comparison to seeing the film on the big screen, on home video the details pop so much that more of the emotion in the film comes through which ultimately helps the story. The darker sequences have little fallout and the more brightly lit sequences add a nice pop of color as well. 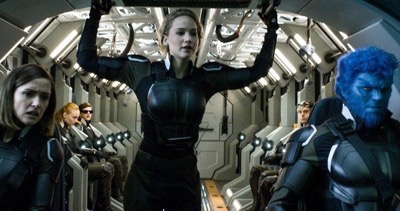 Deleted and Extended Scenes – There are almost 30 minutes of bonus features. There is also optional commentary with director Bryan Singer as well.

Gag Reel – Worth a look, I love gag reels so I thought that this was a lot of fun.

X-Men Apocalypse: Unearthed – This is a set of smaller featurettes that can be viewed together as a whole. The run time is over an hour long but it’s a great supplement that delves deeper into a lot of the themes in the film, characters, plot, etc… Well worth a look.

The trailer, a still gallery and audio commentary with Bryan Singer and Simon Kinberg is included as well. 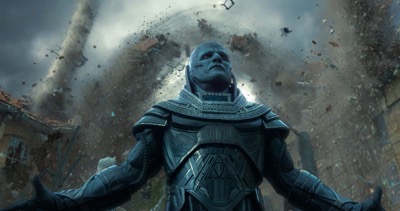 Overall, I think that had Apocalypse been before Days of Future Past it would have been way more well regarded. As it stands, I really enjoyed it, and the action sequences are top notch. The effects are excellent and the actors know their characters inside and out at this point so it’s a treat to see them at work. I think you’ll like this newest chapter in the X-Men franchise and I would definitely recommend checking it out! 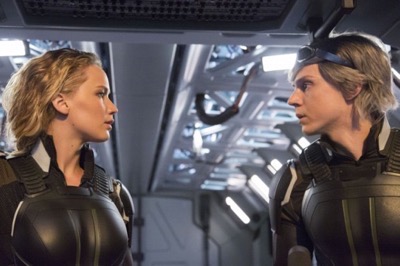 X-Men: Apocalypse is out now on Blu-ray!