Director Bryan Singer revealed via Periscope details of the X-Men: Days of Future Past Rogue Cut! 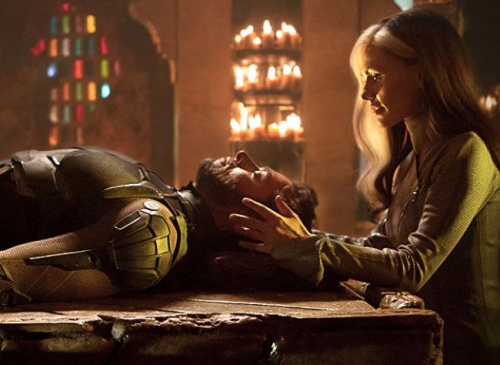 I’ve been waiting for this! I love Rogue and Anna Paquin!

20th Century Fox will release the Rogue Cut on blu-ray, DVD and Digital HD in July. There will be 17 minutes of new footage with the main addition being a subplot with Rogue.

Bryan Singer appeared via a live feed from the set of Apocalypse. He showed one of the sets which was a steel mill that will appear early on in the film. 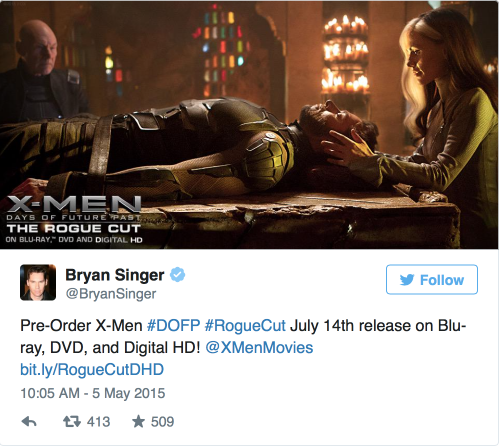