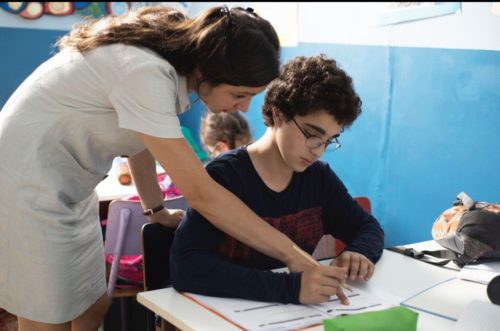 Award-winning directors Jean-Pierre & Luc Dardenne demonstrate once again why they consistently churn out beautiful Belgian-life dramas. “Young Ahmed” asserts itself with a gut-punch powerful performance anchored by its lead actor.

As the titular character Ahmed (Idir Ben Addi), the 13-year-old Muslim has recently become radicalized in his small Belgian town seemingly overnight. Ahmed’s Islamic teacher, Iman Youssouf (Othmane Moumen), despises anyone not fully dedicated to rigorous religious practices and encourages his pupils to target those who don’t adhere. Despite Ahmed being raised by a single mother (Claire Bodson), he constantly condemns his mother for being an “alcoholic“ since she drinks wine during dinner and his sister a “slut” for wearing tank-tops/revealing clothing. However, it’s not just his family being belittled, but even Ahmed’s math tutor Ines (Miriam Akheddiou) receives ridicule and consistent criticism. Ines annoys Ahmed with her “blatant disregard” for following Islam and mislabels her an apostate, someone who has renounced her faith, since she’s dating a Jewish man and perceives she doesn’t respect Muslim practices. “Young Ahmed” is what happens when a teenager becomes radicalized and consumed by fanaticism without proper support while adjusting to puberty. 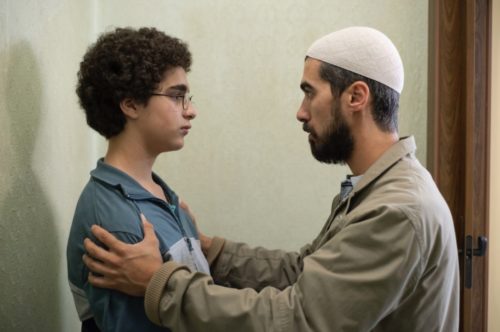 The Dardenne Brothers won last year’s Best Director award at the Cannes Film Festival for “Young Ahmed” cementing their legacy as some of the most premier filmmakers of the 21st Century. Their serious view provides an intelligent, intimate portrayal of a Muslim teenager in crisis. A fascinating French-speaking filmography, “Young Ahmed” adds to an already amazing collection centered on working class individuals on the outskirts of society. Ahmed’s specific spiritual crisis consumes him decimating all facets of his life leading the confused teenager down a disastrous path brilliantly portrayed by its lead.

Breakthrough star Idir Ben Addi amazes as the titular character providing perpetual empathy and entertainment throughout the film. The sweet, baby-faced teenager conveys his spiritual predicament wonderfully instead of coming across as an obvious threatening terrorist. Almost the entire movie relies squarely on Addi’s shoulders and he doesn’t disappoint. However, we’re dropped near the tale end of his transformation, which would’ve created a better build up had we watched why he changed so suddenly. The acting accomplishes what was needed, but blew a solid storyline by not creating a more flushed out backstory. The motivation factor flounders with a missed opportunity and maybe the religious aspects hindered those options. Still, it’s worth watching. 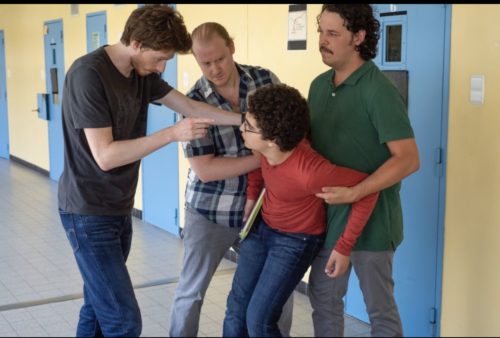 “Young Ahmed” falls in line with movies like “Elephant” and “We Need To Talk About Kevin,” but doesn’t deliver the same sensational feeling. It captures the same stunning feeling of subduing the thrill of violent acts however had the film focused more on why Ahmed changed it could’ve created a more substantial storyline and an excellent example of soul-searching for his actions. The story structure stumbles not fully embracing the uncertain undercurrent impacting Ahmed’s life. It feels forced and unfinished although the ending was phenomenal!

Overall, the clumsy conflicts convolute what would otherwise be an astonishing film debut for  Addi. I wish the film wasn’t so afraid to attack and address religious radicalization instead of relying too much on contentious cliches. The Dardenne Brothers mIght mean more to others, but for most this movie feels like condensed cinema not quite fully flushed out needing another 30 minutes instead of the current 84 minute runtime. Still, Idir Ben Addi is a remarkable revelation and makes this movie worth discovering.