The Young Ones is a movie that takes place in the not-too-distant future where water is scarce. Out in theaters now, I had the chance to talk to writer/director/producer Jake Paltrow and several of the film’s stars about this Western/sci-fi/coming of age story during New York Comic Con (NYCC).

“This started from revisiting the SE Hinton books (The Outsiders, Rumble Fish). I’ve loved them as a kid and as an adult, they meant even more to me now,” Jake Paltrow explains. “I started thinking what a science fiction move written by SE Hinton would feel like.” 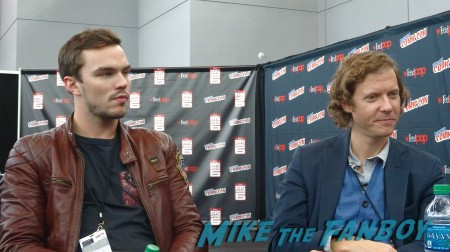 While Hinton was the overall inspiration for the film, many of the other ingredients were a collection of things he was “feeling excited about and what’s on my mind at the time. There were lots of stories about drought outside of America. I wanted to do this relationship between a father and a son that was a lot like the relationship with my dad who had died young. And the last thing was the Big Dog robot from Boston Dynamics. I’ve always been interested in robotics.” 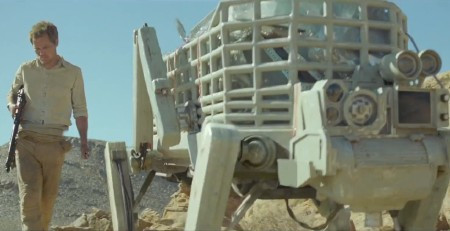 A whole lot of ideas right? Well the story of the Young Ones follows Ernest Holm (Michael Shannon) who is a father with a desert for a farm and in desperate need for water to rejuvenate his land. He works a delivery route to the water irrigation teams and hopes to convince them to bring water to his farm. His son, Jerome (Kodi Smit-McPhee of Let Me In, Dawn of the Planet of The Apes) and a robotic donkey help him on the delivery runs while his rebellious daughter Mary (Elle Fanning) flirts with the local bad boy, Flem Lever (Nicholas Hoult) who has ambitious plans.

The subject matter and Jake’s vision of the future helped to attract many of the cast members. As Michael Shannon put it: “It’s a happy coincidence for me that Jake would write something that I really cared about. A lot of times what people write might be entertaining or funny, but the world can live without it. To work on something that you feel is significant is nice.” 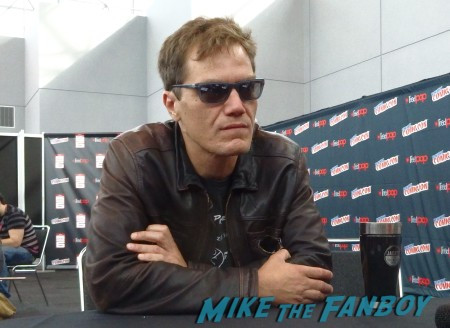 “A lot of this is based on the water rights laws between California and Arizona,” Jake explains. “California is entitled to more water than Arizona, even though the Colorado River runs through Arizona before it gets to California. They are not allowed to take so much water. Through the years the agreement has been changed many times and the last one was in the 60’s. Phoenix and Tucson could get more water. They agreed that in a catastrophe, they would be last on the list to get water from the Colorado River. Well, we’re almost there. They will lose 50% of their water before California loses a drop. Now you take that idea and push it a bit farther and you wind up in a situation like in our movie. It’s not totally impossible.”

Kodi Smit-McPhee agrees with the film’s message about the importance of water: “I see that all of us are becoming more aware of what we should be doing rather than what we are doing right now. 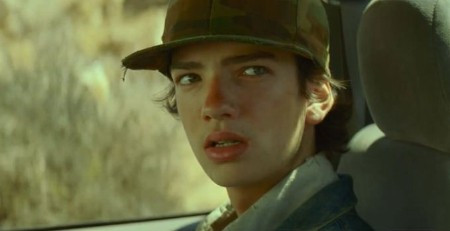 The Young Ones’s future is a very gritty world and not very techy or glossy. Nicholas Hoult, no stranger to glossy futures, believes “The Young Ones is a science fiction movie at heart, but it feels like it could happen. It’s not out of the realm of possibility.”

While the plot and the world revolve around access to water, the movie itself more of a Western as Ernest’s family struggles to make a life on the frontier. Michael describes the tone as having “a classic feel to it. It’s like some old Sergio Leone; I’m not equating myself to Lee Marvin. It’s not all doom and gloom.” 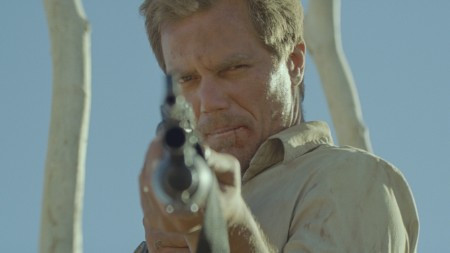 The youngest cast member and wise beyond his years, Kodi agrees that it’s “old world stuff, like right back into the 80’s.” (Now I feel really old world!) But it’s nice to see that Kodi who talks of researching “quantum theory, quantum physics, consciousness” and plays so many mature characters is really an 18 year old at heart (with a yen to work with Seth Rogan, James Franco and Quentin Tarantino). 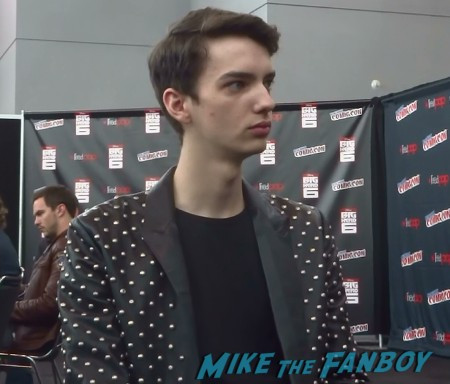 Nicholas Hoult may surprise audiences in the Young Ones since he’s not playing the earnest good guy – Flem is a more ruthless character than he’s played before. Nicholas welcomed the chance to play someone a bit darker since they are “genuinely more interesting characters, in some ways, because you have to find ways to make what they do make sense. There’s a lot more to play with and there’s a lot more underneath the surface.” 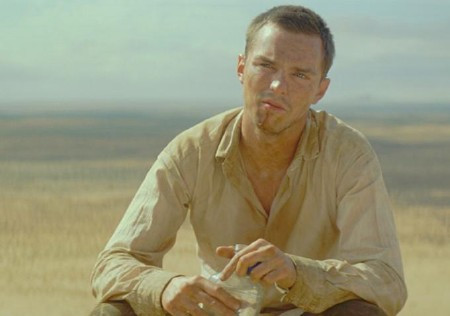 “There’s a sweetness to him [Flem]. I think he genuinely cares for Elle’s character and Kodi’s character as well. He wants to take care of them and he knows he can do it. He’s got this fire burning and it’s just intense inside. ‘Just give me the chance to do it and I know I can.’ There’s a sweeter side to him, but, in this world, it just can’t come out.”

No, Flem is not the evil moustache-twirling sort of bad guy which Jake attributes to Nicholas: “It was written in a less complicated way. Nick’s own humanity and intelligence makes Flem an interesting villain. He’s the reason why it feels more complex.” 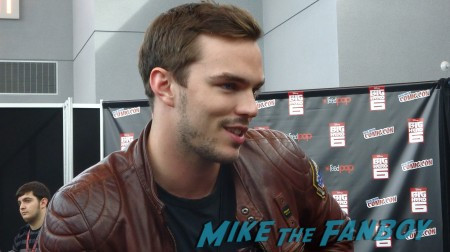 Complex is definitely a good word for this movie which blends so many ideas and genres. While the movie has a strong message about water, it’s not preachy. The Young Ones really is a story about people on the frontier, trying to make a living under tough circumstances. 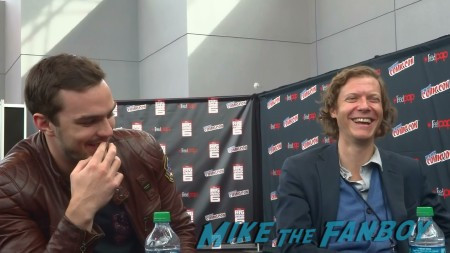 Catch the Young Ones out in theaters now!