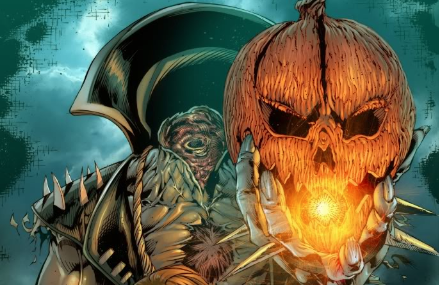 Strumpie is doing a review of Zenescope’s Grimm Fairy Tales Present: Sleepy Hollow. Now, with every graphic novel, there’s the good, there’s the bad and then… There’s the gory!

Check out The Novel Strumpet’s full review after the jump!

I had planned on writing a really fun review of a book launch this past weekend for Brian Kesinger’s “Walking Your Octopus” because I love his characters Otto and Victoria, but alas, after spending nearly 6 hours in the Fabric District and finding nothing I could use I went home to catch my breath…and fell asleep.

Needless to say I missed the launch party.

So instead I give you a comic book review for Zenescope’s Grimm Fairy Tales Present: Sleepy Hollow. I don’t know if any of you have been following this series, I’ve read a couple now, and can’t really get into them. Probably because so far they’re just about big breasted women wearing next to nothing while trying to fight bad guys. Which really just causes me to spend the entire comic going “She’d never be able to fight in that because that fabric doesn’t give” or “She’d be dead because there is absolutely NO protection built into that”, etc. But I digress.

The premise for this series is interesting. Generally it’s someone in the “modern” world who gets whisked into some sort of alternate land based on a fairy tale or legend (ironically I still haven’t read one based on a Grimm tale but I guess the name is catchy). It’s pretty obvious which legend this is based on, but they do a good job of changing it up. I should also mention they are uber gorey – which ok by me. 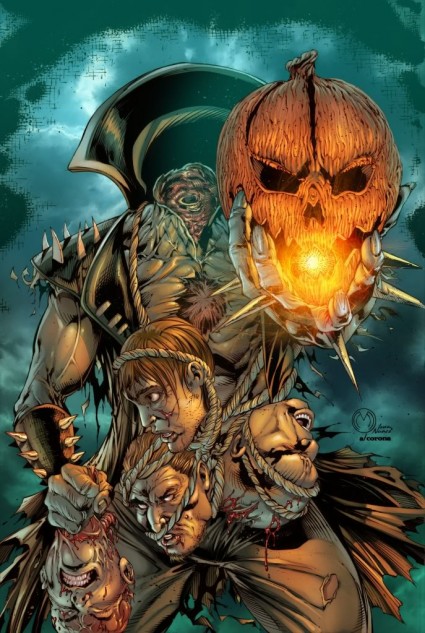 In this telling the Ichabod Crane character isn’t this skinny weakling but a soldier fighting in the Revolutionary War against the Brits who gets betrayed by some of his fellow countrymen. They chop off his head and he seeks revenge. Cut to modern day and this kid, Craig, in college refuses to help one of the Basketball players cheat on a quiz so he can pass and play ball so his teammates all kidnap Craig, tie him to a train track, and in an “accident” his head gets chopped off. So his soul seeks revenge and goes about killing and gathering the heads of everyone involved in the plot. Best part is NO ONE survives! Winner!

The premise is a little silly, because you really have to be the dumbest of dumb jockheads to kill someone because they won’t help you cheat on a test. Especially when you could just ask another nerd to help you out. So I got no sympathy for these meatheads. I’d even buy the whole jealousy of a certain girl thing first because people seriously do some dumb things when it comes to what they perceive as love. But putting the silly storyline aside, the horror aspect is pretty cool and gruesome, you know if you’re into gratuitous violence and gore. Raising my hand and nodding –“Yep, sure am!”

I also have to say that you are one stupid b*tch if you date a guy because you’re real boyfriend wants you to so they can get test answers. How pathetically stupid is your boyfriend and his friends, and why would you date someone that dumb?!?!?

All in all it’s a quick read to get through each comic in this arc, the modern story plot is just silly. The historical story is a bit more realistic and the horror aspects are pretty fun. I mean seeing some headless monster coming at you with your friends’ heads strung around his waist has to be pretty terrifying, no? 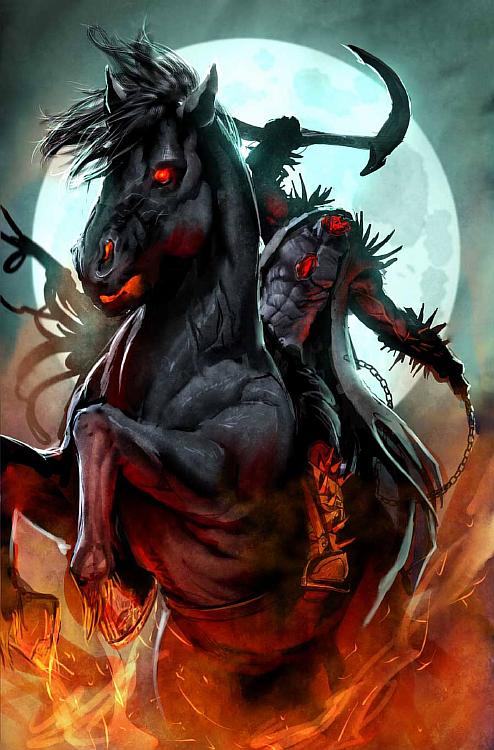