Home / Magazine Cover Stories / Justin Bieber Gets The Smack Down On The Cover Of The April 2012 Issue of Complex Magazine! POW!

Now, I’m admittedly not a fan of Justin Bieber… Really… Not a fan. But I’m not the target demo for his music, so who really cares. BUT the Biebs new cover for Complex magazine is pretty epic. In fact, it’s kinda awesome. The now legal 18 year old Bieber is bruised and bloody after getting a beat down in his photo shoot.

It’s pretty cool. In the article he talks about appealing to a larger audience, (cough… that’s cute), none other than Selena Gomez, and how he hates the paps. Tough hard hitting stuff to be sure.

Check out the fun photo shoot below and check out the new issue of Complex on stands now! 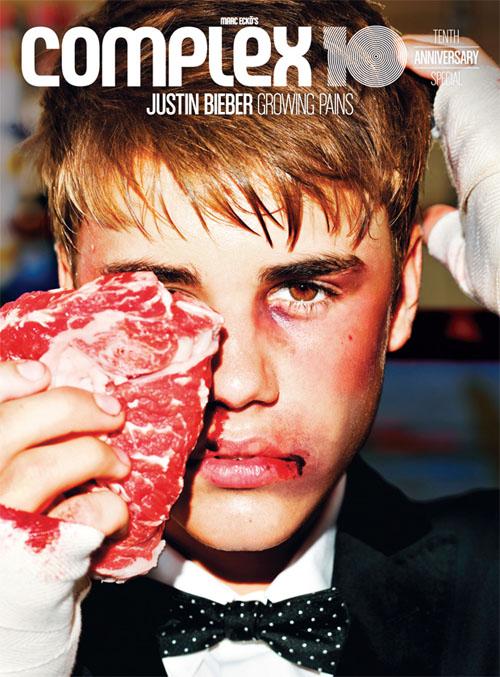 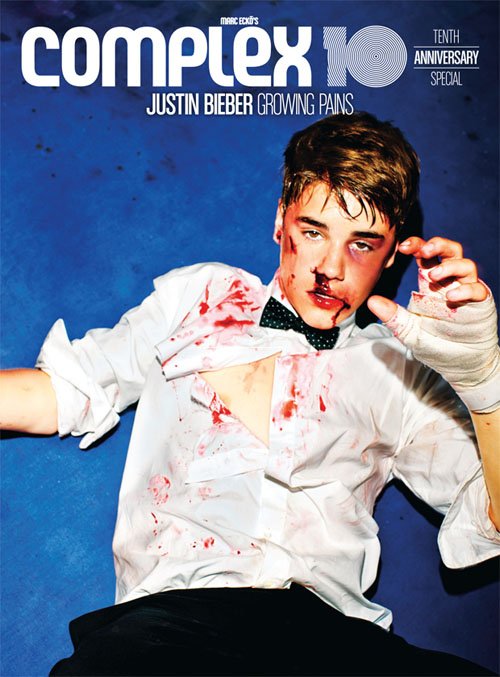 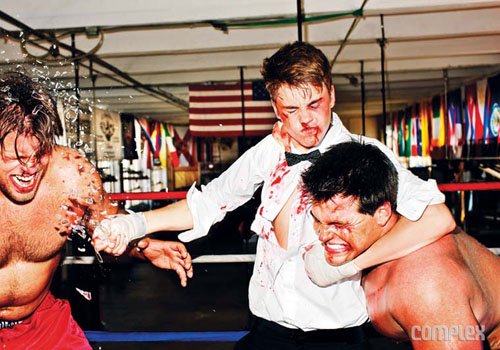 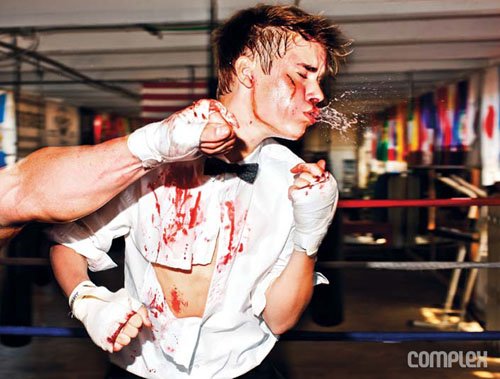 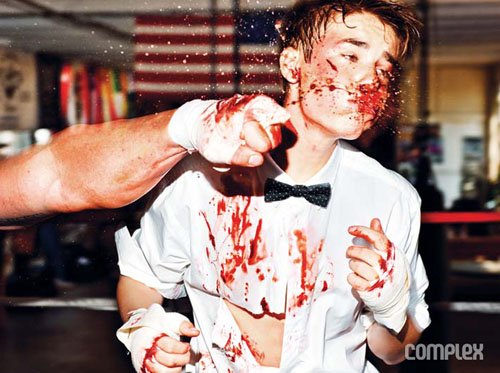 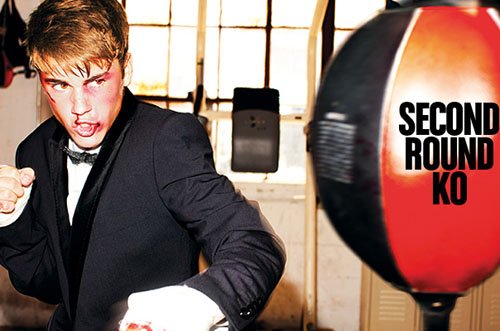