Home / Fanboying! / The Most Random Photo Ever! On The “Set” For The Spanish Princess, With a Bird… and 50 Cent?!?

Okay, this is one of if not THE most random photos I’ve ever gotten with a celebrity.

Recently, Lisa-Lisa and I were out and about at the Starz FYC day.

50 Cent was there promoting his series Power.

I’ve never met him, but the dude was hilarious in Spy. I mean, dude… if you haven’t seen, rent it now.

So, he was walking by and I got a quick photo with him. 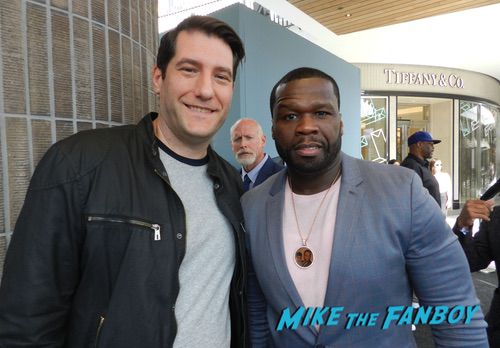 Cool. Super fast, in and out. He was cool.

Well, the way the Starz day was done, is that there were different booths for each show. Power had an elevator you could do a quick video, check it out below.

There was a ball pit for Now Apocalypse, a bar for Vida, a virtual reality booth for American Gods, etc…

Well, for The Spanish Princess there was a couple thrones set up with a crown.

So… Here’s where it gets random.

50 Cent was doing photos at the bar for Vida, that’s kind of cool I thought a picture at the bar with 50.

So, my turn was next and 50 wanted to move and someone suggested the thrones from Spanish Princess…..

So, we both got up on the thrones and then 50 knocked over the crown. The guy running the booth was like, “Oh, don’t touch that it falls.” I said, “Thanks for telling us that now!” and 50 looked at me and was like, “Yeah man, right.”

Then, someone was like, Do you want to see the bird? I was like… What is happening?

Apparently the bird was from The Spanish Princess.

So, they put the bird on 50’s finger and I’m sitting there in a pair of thrones with 50 cent, a crown and a bird… 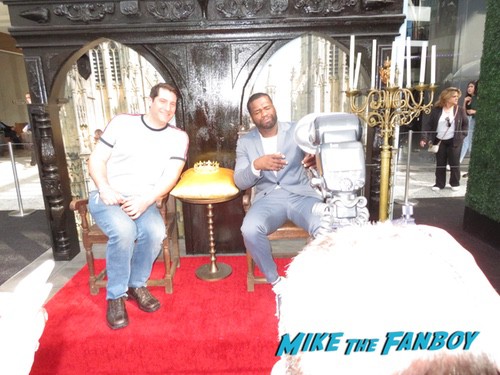 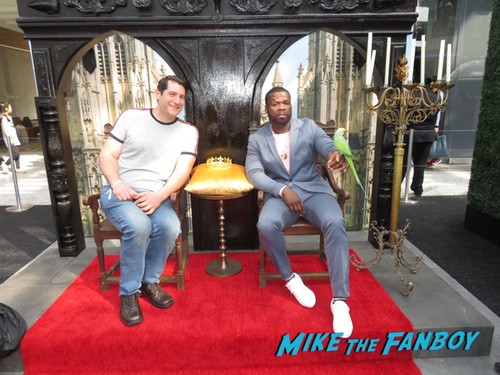 You don’t get much crazier than that, lol.

Until next time kids.., 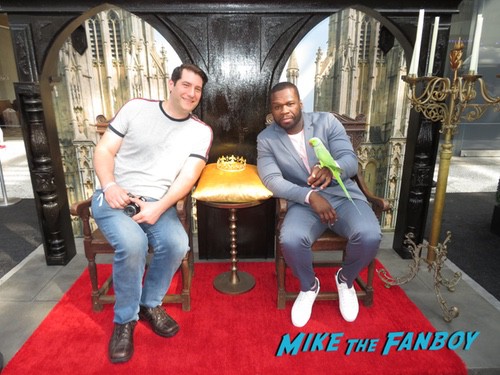