Two awesome book pre-orders today! We have cult icon Bruce Campbell, who I love! And then we have WWE legend Ric Flair!

This hardcover, first edition of Second Nature: The Legacy of Ric Flair and the Rise of Charlotte is autographed by Ric Flair. 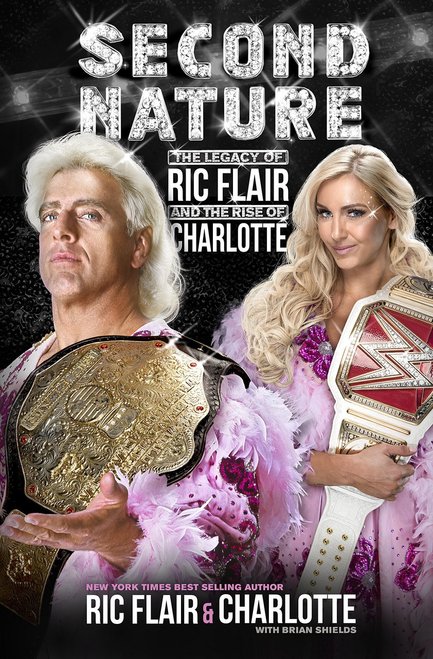 Charlotte grew up in the shadow of her famous father, “the dirtiest player in the game,” but now she is poised to take the Flair name to new heights. As the inaugural WWE Women’s Champion, Charlotte has had an impressive career, and she’s just getting started. With the (dare we say it) flair of the “Nature Boy” running through her blood, Charlotte is destined for greatness. Find out how she embraced her heritage and battled her own challenges through her rise to the top of WWE.

Then we have king of awesome Bruce Campbell!

This hardcover, first edition of Hail to the Chin: Further Confessions of a B Movie Actor is autographed by Bruce Campbell.

It’s been 15 years since his first memoir but Bruce is still living the dream as a “B” movie king in an “A” movie world.

Bruce Campbell makes his triumphant return from where he left off in If Chins Could Kill with further hilarious, gut-wrenchingly honest confessions. 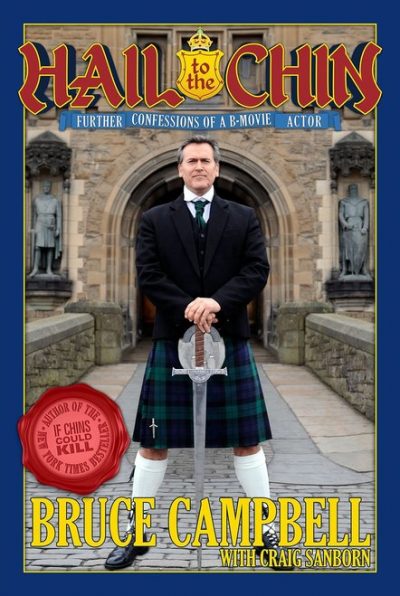 Bruce brings us through his life in the decade since his first memoir and his roles as varied as they are numerous- from his roles in the Spiderman movies to his self-referential My Name is Bruce to his role on #1 show Burn Notice and his new STARZ hit series Ash vs Evil Dead.

Over the last 15 years, Bruce has become a regular on the Wizard World convention circuit, has created his @GroovyBruce twitter account with over 400,000 followers and a Facebook page with almost 250,000 likes. His profile and reach is lightyears beyond where it was for Chins. Check him out at www.Bruce-Campbell.com.

Hail to the Chin will be bursting with pictures and the signature humor that Bruce brought to If Chins Could Kill and will be devoured by his legions of fans across the country.