Warner Bros has just released the first poster image for the film and damn if Henry Cavill doesn’t look awesome. Okay, I’m still holding out for Ben Affleck, but this poster is amazing… Love it!

Sure, he looks a lot like he did in Man Of Steel but why wouldn’t he… He is Superman after all right? LOL…

and in case you were wondering… why there is a “v” in the title, and not a “vs.,” Snyder said it’s very intentional, as it will ”keep it from being a straight ‘versus’ movie, even in the most subtle way.”

Check out the teaser poster below! 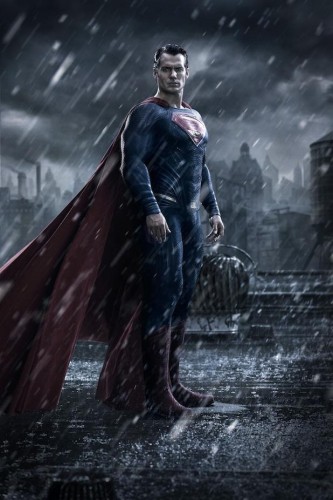