It’s Autograph Deal of the Week!

This week we have none other than 1980’s icon and Culture Club lead singer Boy George. The singer has a new CD out and if you preorder a copy of it, you get a hand signed print.

I love that artists are doing things like this and giving fans more incentive to purchase a physical copy of their cd’s and such. 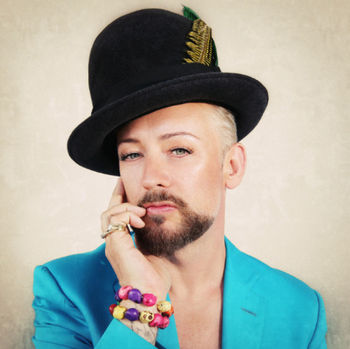 Boy George, universally recognised as one of our generation’s most iconic artists, is back with a thrilling new studio album of original material, his first in 18 years! ‘This Is What I Do’ is to be released on his own ‘Very Me’ Record Label via Kobalt Label Services on 28th October and will be supported by live dates in the UK.

‘This Is What I Do’ features a string of guest musicians including DJ Yoda, Kitty Durham (Kitty Daisy & Lewis), Ally McErlaine (Texas / Red Sky July), MC Spee (Dreadzone) and Nizar Al Issa, many of whom will perform as George’s band on his live dates.