Home / Concert Reviews / Brandon Flowers From The Killers Live Concert Review Pomona CA 11-9-10! Talk About Being Caught in a Crossfire! 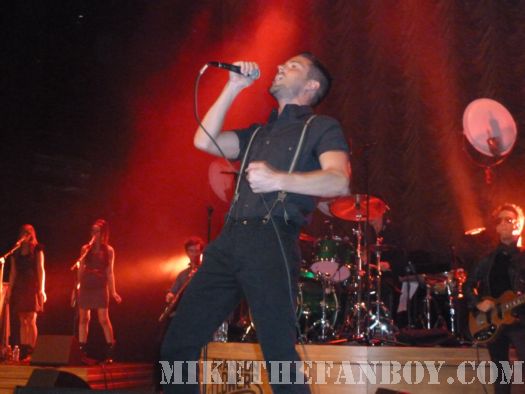 Mikethefanboy.com reader, Scott, just sent in this kick ass review of Brandon Flower’s solo show in Pomona. I was going to go, but sadly I missed it. Grumble… Now I really wish I was there! Check out Scott’s review after the jump and his awesome pics! Thanks again Scott! 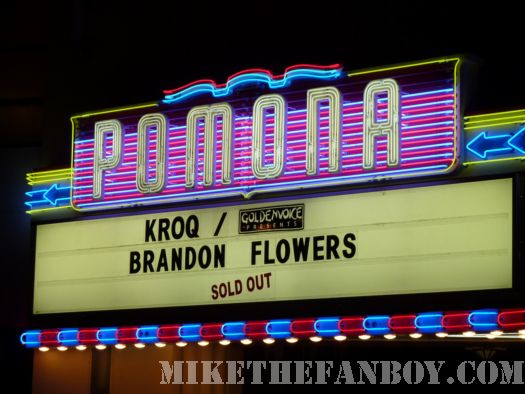 Tonight was the first of two shows in Southern California to hear Brandon Flowers perform songs from his new album Flamingo. I made the long, heavy traffic journey out to the Fox Theater in Pomona. I arrived at the venue at 5pm and joined an already long line, which had formed on the sidewalk. Brandon Flowers fans are hardcore and will wait many hours to get a great spot. The line made its way into the venue around 6:20p.m. They had us wait in the lobby squashed like cattle waiting to be herded into the theater. A little after 7p.m. they let us in, I obtained my floor bracelet, and staked out my spot two people from the stage.

After waiting for what seemed like eternity, Fran Healy, the lead vocalist from the group Travis, took to the stage for an opening set. I sampled the album on iTunes and it did not win me over. Fran began talking to the crowd and introducing his new songs. 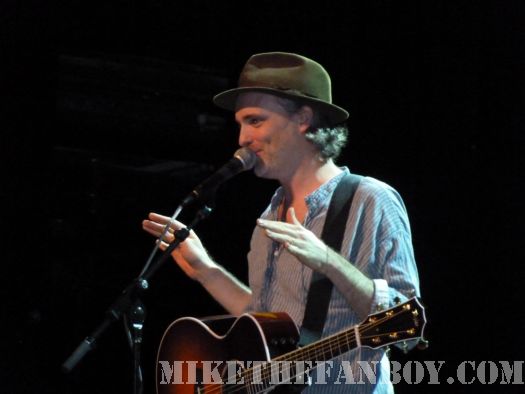 His personality and ability to sing and play acoustically won this music fan. Tracks to check out: Fly In The Ointment, Sing Me to Sleep (Feat. Neko Case), and As It Comes.

We then had to wait again until Brandon came out. I have been standing for about four hours at this point. My feet and back were not happy with me, but I couldn’t wait to hear Brandon. FINALLY, around 9p.m., the lights went out! Brandon walked out on stage and the crowd went CRAZY. 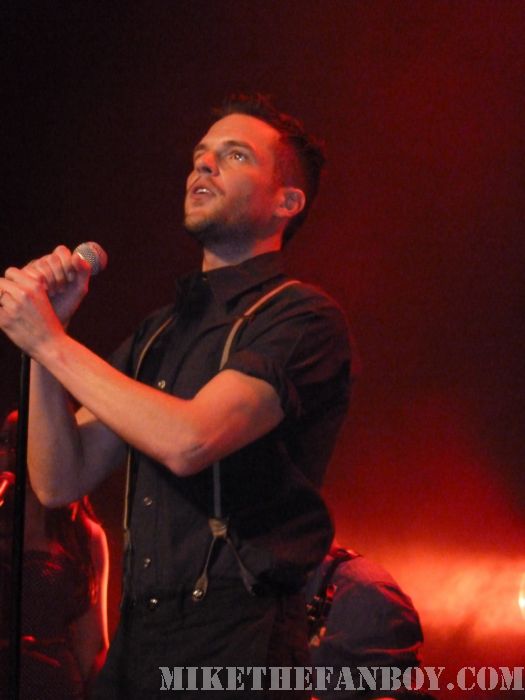 He opened with the track On the Floor. Opening with the ballad kept the crowd on edge as he didn’t allow everyone to explode the moment he started singing. He then let the crowd explode with his debut solo single Crossfire. Guys and girls alike sang aloud with Brandon. 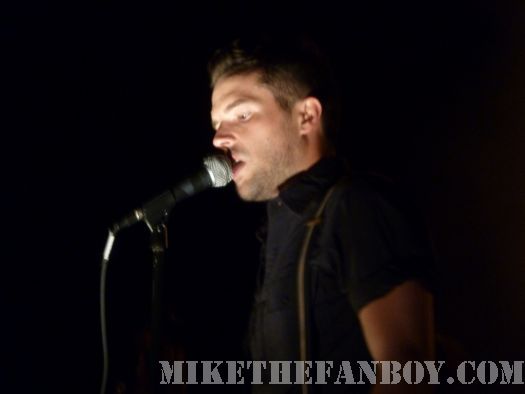 For the next hour and ten minutes, Brandon gave 100% to his adoring fans. Brandon’s voice, stage presence, and charisma make it evident why he is such a great front man for the Killers and will have longevity as a solo artist. He connects with his crowd moving around the stage and belting out the songs. 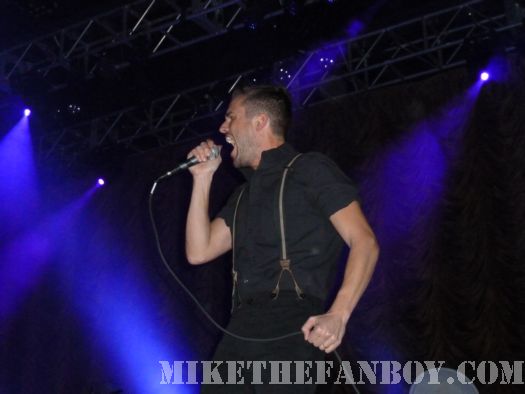 He included two Killers’ songs, a new rendition of Losing Touch and an acoustic version of When You Were Young, in his set list. Highlights from the show for me were Magdalena, Hard Enough, and Welcome to Fabulous Las Vegas. 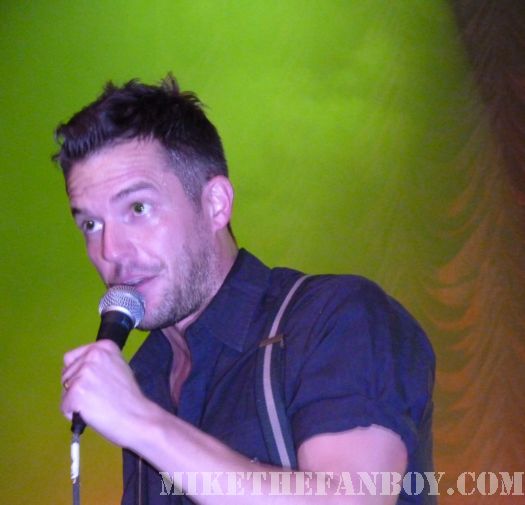 If you have not done so already, check out Brandon’s solo album Flamingo. Support artists, their music, and music retailers and purchase the CD.