Forget the flashy restaurants and nightclubs. If you want to be seen in the most sophisticated setting, one where you can dust off the DJ (or the LBD in the case of the ladies), a night at the casino is the obvious choice. Vegas and Monte Carlo have always been among the top celebrity hang-outs, and now that the restrictions of the past year seem to finally be lifting, these will once again become ideal locations for celebrity spotting.

In years gone by, of course, it was all about Frank Sinatra, Grace Kelly, Cary Grant and Audrey Hepburn. But what famous Hollywood names might you bump into at the casino this summer? And what games will they be playing?

The Spider-Man star has been blessed with one of those faces where door staff still meticulously check his ID despite the fact that he’s now in his mid-40s. Perhaps that’s why he’s got a history of pursuing his favorite casino game of poker in unofficial clubs instead of at licensed casinos. It’s a habit that has got him into hot water with the authorities in the past, after playing with the wrong people. These days, with more states legalizing gambling than ever, it is surely something that won’t be happening again. 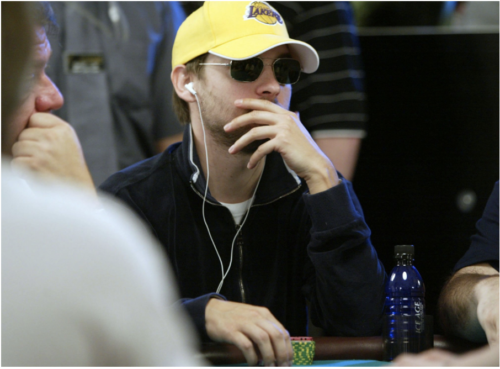 Arguably the most famous gambler in Hollywood, Ben Affleck is highly skilled at a number of card games and plays poker on a semi-professional level. However, his first love is blackjack, and he got so good, it earned him a lifetime ban from the blackjack tables at the Hard Rock Café in Las Vegas. He claims that in 2001, he won $800,000 on blackjack in a single night. It’s one of those games where everyone knows the rules, but a little bit of strategy can improve your odds considerably. These days, Affleck can still play blackjack online, and although the people at the Hard Rock say he’s welcome back anytime, it’s subject to the proviso that he stays away from their blackjack tables.

Here’s a singer and actress who is instantly recognizable thanks to her appearances on The Sopranos. She claims she was first attracted to the role because it would be a great fit for her classical singing skills, not realizing that it was actually a drama series about mobsters as opposed to operatics. Nevertheless, she proved a natural. In addition to her acting and singing skills, she’s a smooth operator at the poker table and has competed at a semi-pro level in the Maxim Magazine Rock & Roll Poker Tournament that’s hosted at Wynn Resort in Las Vegas. Yet she says her favorite gambling activity is rolling the dice, and if you should encounter her in the casino, it would most likely be at the craps table.

The hard man of 80s action flicks, Bruce Willis is still in great shape and comes across as a man not to be messed with, despite recently celebrating his 66th birthday. You’d certainly think twice before joining him at the poker table, where he has embarrassed some talented players. But his biggest ever casino win came in Atlantic City when he walked away from the Baccarat table half a million dollars wealthier. He’s also been seen rolling the dice at the craps table on more than one occasion.

If you’re noticing a pattern emerging already, it is that poker is the common denominator among most Hollywood gamblers. Jennifer Tilly played Tiffany in the Child’s Play movie franchise and also made regular guest appearances on Hill Street Blues in the early 1980s. She has gone on to take poker more seriously than most of her Hollywood colleagues, participating in several WSOP events and even winning a bracelet and over $150,000 in 2005 by coming first out of 600 entrants in the Ladies no-limit Holdem tournament. It made her the first celebrity player to actually win a WSOP event. 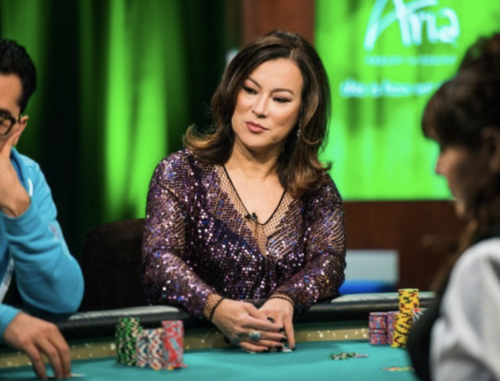 The Baywatch legend is yet another Hollywood star who knows her way around a poker hand, which is only to be expected given that she was married to poker pro Rick Salmon – twice. Some of the more salacious tabloid headlines of the time suggest that the marriage only came about as a result of a poker debt, which is what led to the annulment of their vows the first time around. Whether there’s any substance to the rumors or not, Anderson seems more at ease in recent times feeding her quarters into the slot machines instead.

Clooney is best known for playing Danny Ocean, surely the most famous big-screen casino gamer since James Bond. Given that so much of the action in the movie is around gambling and co-stars Brad Pitt and Matt Damon are well known for their card skills, it was inevitable that Clooney would end up being drawn in. Damon described Clooney as the unluckiest gambler he had ever played alongside after he lost 25 hands of blackjack in succession. It didn’t put him off, however, and Clooney decided to invest in the construction of his own casino in Las Vegas. Las Ramblas Resort opened in 2005 and became an instant magnet for high rollers – it could be that Clooney was actually the smartest casino enthusiast of them all and found the only surefire way to make money from the gaming tables!