Home / Fanboying! / CB Says Martin Scorsese is a Class Act When It Comes To His Fans! Autographs! Photos and More!

Earlier this year, we had a great report from Suddenly Susan about meeting Martin Scorsese and now we have CB’s account of the evening. I’ve heard Martin was nice, but I still wasn’t sure he was THIS nice. Man, I wish I could have been there.. Ah well… another time.

CB was pretty stoked to meet the legendary director and shared his account below. Check it out after the jump!

Ah, a quick way to get completely trashed during Awards Season, but truth is, you really can’t go without saying Scorsese because the man is a legend. In fact, I’ve misspelled his name  and he’s on SPELLCHECK! THe lovely ladies of Bridesmaids jogged my memory of the night I met Martin Scorsese and was really psyched to meet him because he directed The Departed, Gangs of New York and Shutter Island among other classics. Man, I am a huge fan of Bill the Butcher played by Daniel Day-Lewis and loved every moment of that movie, except for every moment Cameron Diaz was in it, but that’s another day. Any who, Martin was filming a talk show and I’ve heard he is very nice, so i go and try my luck. I was shocked by how incredible he is.

I arrive and get situated in line and just wait until he arrives. Its such a small crowd, maybe 15-20 people at best, but its very small considering its Scorsese. About two hours later he arrives and we chant for him and he goes right inside. He waves to us, but no indication he will greet us.  An hour and a half passes and we see a security move, and without blinking and eye, Marty comes right over to us. 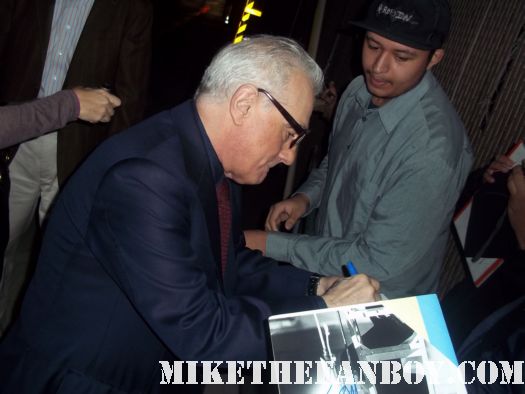 We don’t even have to call for him, he just heads over. He greets us and thanks us for being here. He goes out of his way to sign for you, and as i witnessed, make sure you have the right colored pen. 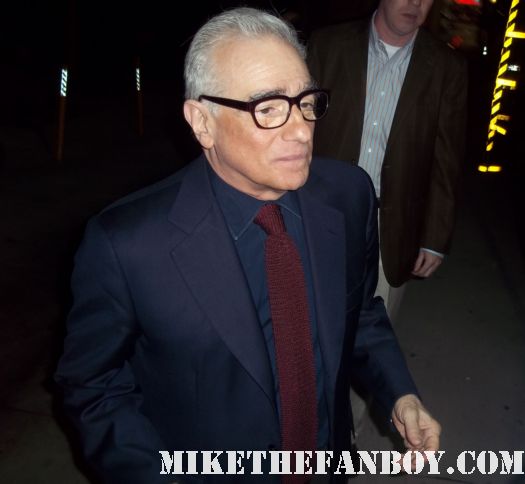 I had a dark image and Martin would not sign it until he got a silver so you could see it. He’s a class act all the way. 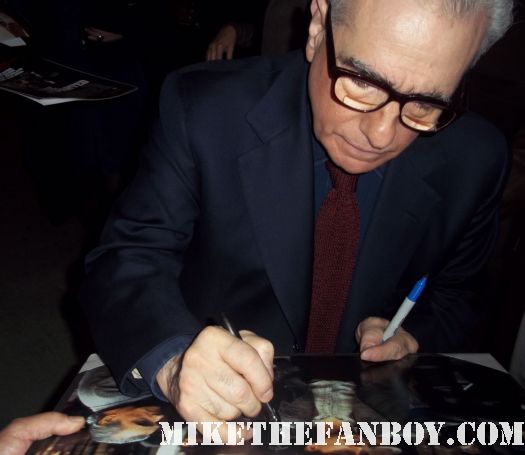 Until next time, take care everyone. 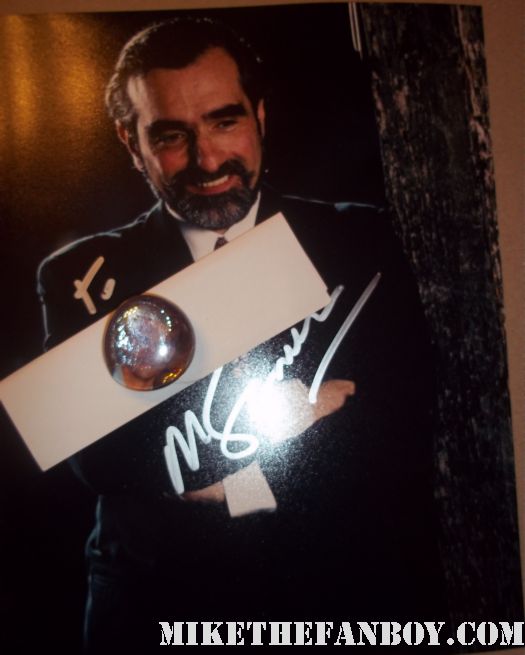 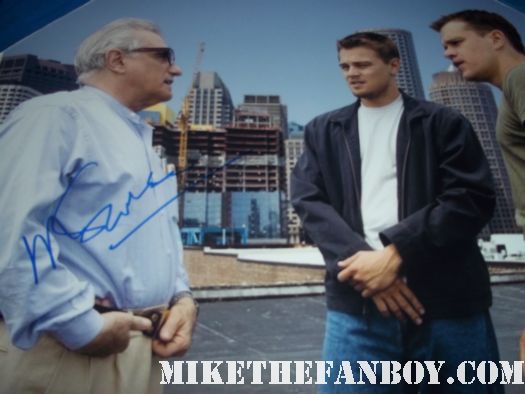