Jim is back for another edition of Comic Book Crossover! This week Jim is dishing on meeting Bryan Singer, his favorite X-Men and all the new comic books coming out this week.

Personally, I like the fact that Trick ‘R Treat is going to get a sequel. The film was an odd mix for sure but it has a lot of potential for an anthology series. I’m totally in to see where it goes.

Welcome back True Believers to another Comic Book Crossover. Last week I was in LA fanboying it up with Mike and Joe the new guy (can that be his official name?). It was a great time and for you X-Men fans out there I got to meet none other than Bryan Singer at the Trick ‘R Treat Q&A.

This guy was awesome, he took time with each fan and when the security tried to pull him away he told them he wanted to sign for his fans (I saw Ace there getting stuff signed and slowly losing his mind). I got an X2 poster and a Trick r Treat poster signed. X2 is one of my all time favorite X-Men movies for no other reason than it had Nightcrawler in it. 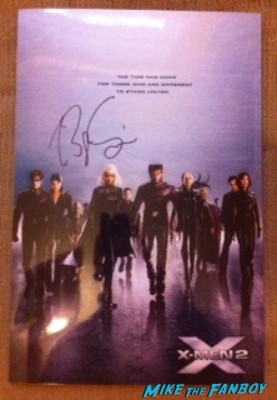 Kurt Wagner is a religious swashbuckler that has been one of my favorite characters since I was a kid. Mr. Singer knew exactly how to transfer this character from the page to the screen and did a fantastic job with the rest of the characters in the process. 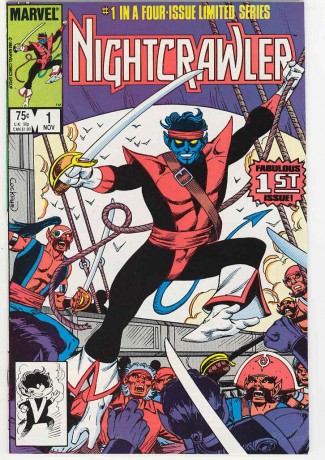 This week Marvel has decided to bring Nightcrawler back from the dead and to the forefront of the X-Men universe with what I’m calling my pick of the week. Amazing X-Men #1 (doesn’t this cover look a lot like the one from the 80’s) is a fun tail of Nightcrawlers battle in the afterlife with his father Azazel. Yes, the same Azazel from the movie X-Men First Class is in actuality Nightcrawlers father and Mystique is his mother. What a family???? and what a book, if you’re a fan of the X-Men or a fan of Nightcrawler give this book a try. 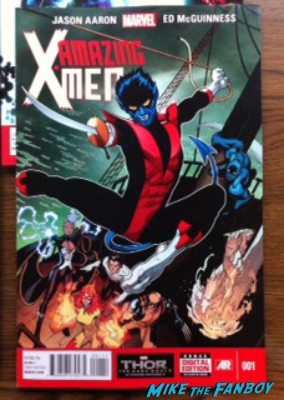 Along with Amazing X-Men #1 a couple really good books came out this week, Trillium and Action Comics each saw new issues published this week. Of those two Trillium is one of the most original books I’ve read in some time. Jeff Lemire is on fire. Ever since his critically acclaimed run on Animal Man he’s taken on some fun new stories. This is a love story that finds our lead characters from 2 different time periods brought together by an unknown force. What fun!!! 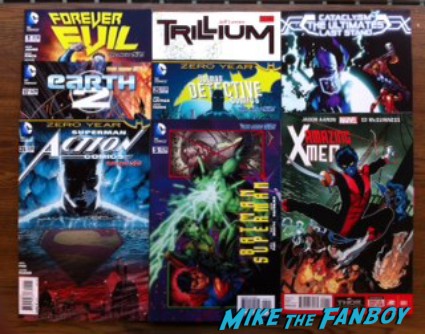 Now one thing that happened because of my vacation is I didn’t write last weeks article, I apologize for that. So one of the first things I did when I got home was hit the comic shop,
1 – to pick up last weeks books and
2 – to pick up a pass to an advanced screening of Thor. Yes I saw Thor on Monday before everyone else (except Mike cause he actually SAW Thor, which is much cooler). 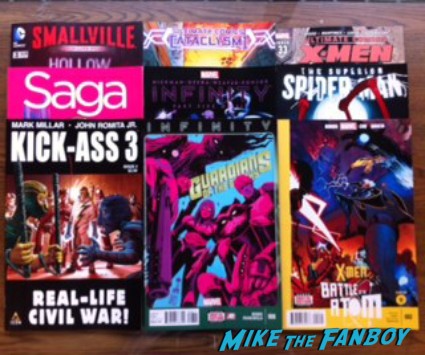 Last weeks shipment was a little light except for a book called Ultimate Cataclysm 0.1. 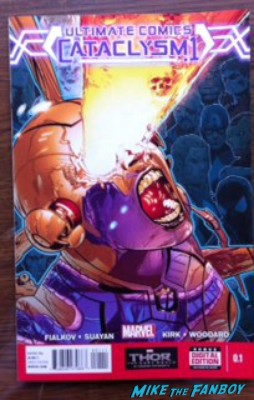 This is a the kick-off to the series that’s going to destroy the Ultimate Universe and roll some of the more popular characters into the Marvel Universe. It’s been a lot of fun to read the run-up and I can’t wait to see what characters make the jump. I’m guessing Ultimate Spiderman for starters. Some of you make remember in the Ultimate Universe Peter Parker died saving New York, it made the papers, and was later replaced by a young hispanic teenager named Miles Morales. My money is on Miles making the jump. Other than that it’s anyones guess.

As for the rest of last weeks shipment there wasn’t much there except one book that all you CW fans might not know about. Smallville Season 11. That’s right this book picks up after the events of the series finally of Smallville and has been pretty good at telling the continuing adventures of Clark and the rest of the Smallville gang. The one think I find most fun about this series is that no character is off limits and no budget to big. We’ve been introduced to this universes version of Batman and Wonder Women. What a fun look at what could have been if DC had only put a better long term deployment strategy together, like Marvel. Maybe we would have seen Tom Welling on the big screen? Couldn’t have been any worse than Brandon Routh.

Right now DC desperately needs to step it up and take a good hard look at the Marvel way and either come up with their own or downright copy. With Marvels characters showing up in both TV and movies, blurring that multi-media line even further, how much longer can DC hold on to what can only be their current strategy of compartmentalizing each medium???? I guess only time will tell.

Until next time,
Jim