Air stars Norman Reedus and Djimon Hounsou as underground bunker workers set up with the task to preserve the human race after the Earth’s Atmosphere has been declared toxic and deadly.

The film is planned to have a spring 2015 release. Air is directed by Christian Cantamessa and produced by David Alpert, Robert Kirkman, Chris Ferguson, Brian Jones, and Bailey Conway. 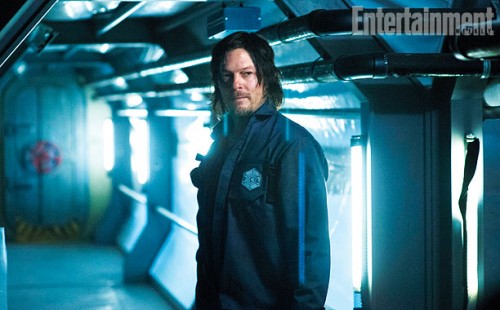 In the last livable place on Earth, the two men tending to humanity’s last hope are starting to lose their grip on their own sanity.