This weekend we have a heaping amount of Fanboy News.

Dale Earnhardt Jr. has a knack for sharing NASCAR stories on his Twitter feed, something that has occurred more frequently since he retired from full-time racing at the end of the 2017 season.

In 2001 at the Daytona 500 hours before the race DJ was getting ready to do his hospitality for his new sponsor UPS. As he exited his motorcoach (parked directly across from my fathers) he noticed dad is meeting with a group of sponsors and fans of his own.

If you’re looking for a one-of-a-kind gift for a basketball lover, this may be it.Inscriptagraphs has announced the sale of signed photographs of famed sports dad, Lavar Ball. There are just 65 limited-edition 16×20 photos of Ball available for sale.If you are interested in buying one, they’ll be available for purchase at 10 am PST on Thursday, June 21 for $159, and shipping is free.

John Muheim, a photographer from Sacramento, pulled it from a 2018 Bowman hobby box — one that he’d actually had in his house for a few days. He had already opened a couple of hobby jumbo and hobby boxes prior to this one.He bought it one night at HR Sports Cards and Collectibles in Sacramento while stopping in to get some supplies.“I had been so busy with work that I put it to the side for about a week,” Muheim recalled. His company, Spectrum Photography works with area sports teams and right now is particularly busy with swimming. 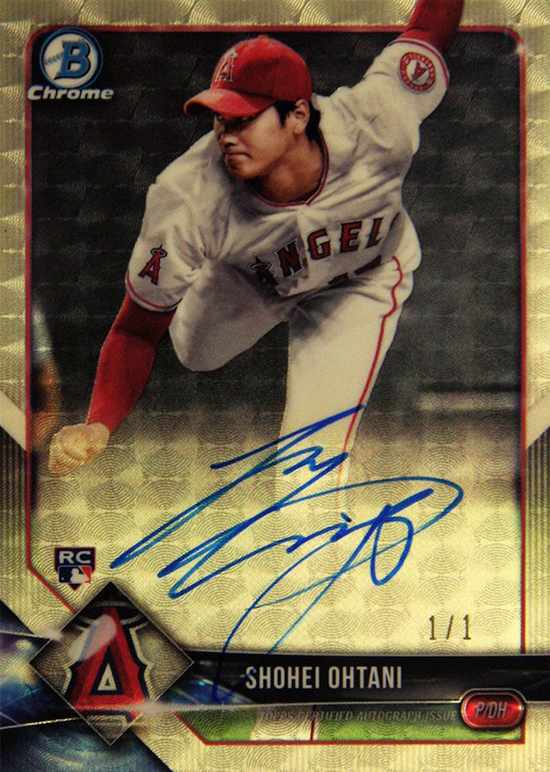 The headlines may be focused on political issues when it comes to the Super Bowl-winning Philadelphia Eagles, but fans from across the area were willing to pay for an autograph and a picture or two with their franchise shot caller.Fans swarmed Concord Mall in Talleyville Wednesday night.One group of West Chester University employees made the relatively easy trip to grab a signature from their favorite quarterback.

Ron Stafford has $20,000 for the taking. Or at least for your signature.

Ok, it’s not his money, but he can acquire it for you.

Yes, there’s a catch. The signature enrolls you into the Army National Guard. But Stafford, who is now the recruiter for Logan and south Yell counties, says he has a good reason to want you to do that.

“When I joined the Guard changed my life and coming from this area, seeing what’s come out of this area, I’d like to help change someone else’s life,” said Stafford. “That’s my whole motivation.

With a $150 price tag, it’ll set you back a bit more than a necktie or a set of personalized golf balls.

But Cameo – self-described as “a platform where fans can request personalized video shoutouts from their favorite influencers, athletes, and celebrities” – is promoting a video autograph with Father’s Day wishes from Pete Rose for dads and grandfathers who are fans of the Hit King.

Scott Crow was working his way through a case on the afternoon of Wednesday, June 6 — the product’s release day — when he got the one-of-a-kind card. It came in the third box of a case he’d bought at Oliver’s Sports, a card shop in Wichita, Kansas.

“It was a pretty exciting moment for me as the store owner and him as the collector as well,” said Vince Oliver, the shop owner. “He screamed a little bit but he was happy.”

Did you see the amazing thing Cristiano Ronaldo did before Portugal squad flew to Russia?

Ronaldo was leading the European champions through Humberto Delgado Airport in Lisbon as they prepared to catch their flight to Russia when he was approached by a young fan wearing a Portugal shirt.

The Real Madrid superstar stopped walking and embraced the youngster before posing for pictures.

She is appealing for the return of three autograph books packed with signatures from celebrities, sports stars and tourists who have called into the family-run shop over the past quarter century.

BOY George is as well-known for his acerbic tongue as he is for his quirky fashion sense and melodic tunes.

And living up to his reputation, he revealed to a radio show how Victoria Beckham wrote a damning note to him when he asked her for an autograph. 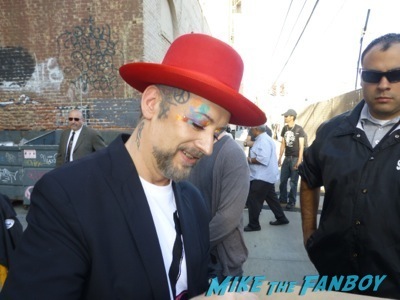 Meghan Markle Breaks Protocol (Again!) with Her Off-the-Shoulder Dress at Trooping the Colour

The newly minted Duchess of Sussex opted for a custom-made pale pink Carolina Herrera dress on Saturday when she made her Trooping the Colour debut. The outfit features a midi hemline, three flat, round buttons and a folded, off-the-shoulder neckline. Meghan is a fan of the off-the-shoulder look, even incorporating that detail into her royal wedding dress. The former actress, 36, topped off her Trooping ensemble off with a matching Philip Treacy hat.