It’s the Fanboy News! All the news that’s fit to print!
Some fun things today. A young boy freaks out after meeting Mike Trout! It’s pretty awesome!
Plus, the Pawn Stars in trouble? Meeting Celebs in strange places and more!

Sound Off: Meeting famous people in the strangest places

In Nashville recently, I tagged along with some people to Reese Witherspoon’s clothing store. Reese was there and I immediately asked if I could have my picture taken with her. She obliged and that started a long line from our group and everybody else in the store getting their picture taken with her. She was very warm and friendly. Later in my trip, I met a man who’s daughter went to school with Reese and a woman who went to college with Oprah Winfrey. They both talked about them being super achievers and doing so much more work than their classmates. Then, on my trip back, I bought a newspaper with a full-page article about Reese Witherspoon being a power broker in Hollywood. She reads three books a week! Not satisfied with scripts being written for female leads, she started optioning books, trying to get studios to produce them. After multiple rejections, she formed her own company. The first two movies, “Wild” and “Gone Girl” grossed over a half-billion dollars, plus earned three Oscar nominations. Wow! The whole experience convinced me that these people are where they are because of being smart and being very hard workers. 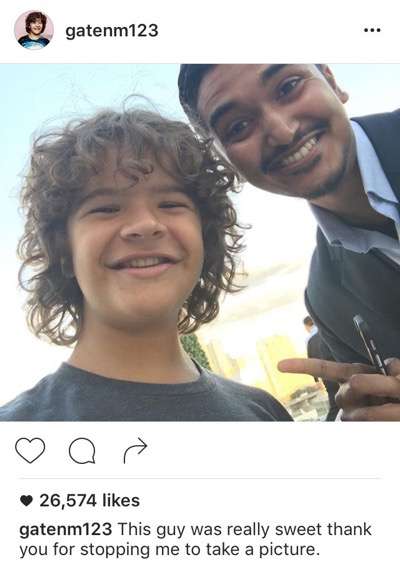 A Las Vegas antiques and memorabilia dealer has been slapped with a lawsuit, claiming that the dealer is running a “massive fraud” while working along with a Pawn Stars celebrity. What is the story behind this fraud, and which History Channel star is being accused of fraud?

It was a gorgeous night at Nymeo Field on Friday, as the Frederick Keys prepared to take on the Wilmington Blue Rocks. The temperature had sunk to a balmy 73 degrees after a week of hot August weather. The sun set softly between the clouds.As fans streamed into the stadium, no one seemed happier to be at the game than Bradley Whitford, the two–time Emmy award-winning actor, who was visiting the park because of his role as Josh Lyman on NBC’s long-running political drama, “The West Wing.” 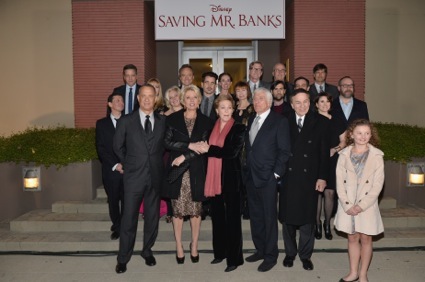 The Dragon Con question I must get answered this weekend: What are Joey Fatone and Chris Kirkpatrick doing here?The former N’ Sync-ers were spotted in the Walk of Fame autograph room Friday evening (sorry, no photos allowed in there unless you pay) chatting with some fans, some of whom possibly paid the $40 they were asking for an autograph.On Sept. 10, Fatone is opening a hot dog stand called Fat One’s in Orlando’s Florida Mall and it appeared he and Kirkpatrick had some swag from the new joint for sale. Hey, no judgment from the person who will gladly stand in line to meet Gillian Anderson on Sunday. 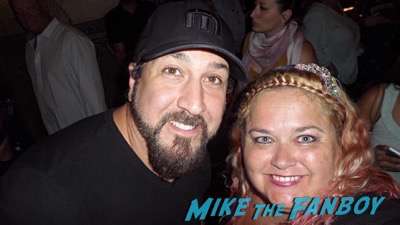 Dunham claims that Beckham Jr. sat next to her at the Met Gala — New York’s premier fashion event — and was so uninterested in her that he chose to scroll through Instagram rather than chit-chat. Although Beckham Jr. didn’t actually speak a word to her, Dunham didn’t stop herself from attempting to interpret what she views as a sexist take on her physique and appearance.

It's not an assumption about who he is or an expectation of sexual attention. It's my sense of humor, which has kept me alive for 30 years.

On Friday afternoon, most of the attendees at Mission New York were amassed in the Javits Center’s North Exhibit Hall, where much of the 110,000 square feet of floorspace was dedicated to vendors hawking Star Trek-branded goods. Messenger bags, figurines, prints, cosplay uniforms, patches, collectible cards, posters, official Star Trek-printed two dollar bills, autographed photos, autograph holders, spaceship owner’s manual, mugs, stamps, plates, jewelry, board games, 3-D printed phasers, light-up Tricorders, video games, and battery-powered tribble toys will all be on sale throughout the weekend, but even more appealing are the exhibits, which include a dead-on recreation of the Enterprise bridge and a NASA exhibit displaying some of the technology that’s already allowing us to boldly go where no man has gone before (“Hey, you guys are getting close!” one uniformed Trekkie told a NASA scientist).

Celebs out in full force at Salt Lake Comic Con

Salt Lake Comic Con, now in its fourth year, burst out of the gate at full gallop Thursday with a double-header panel of Mark Hamill followed directly by William Shatner.It was a full-throttle beginning to the three-day event, drawing celebrities, cosplayers, artists, experts and fans on what has typically been a quieter day in years past. 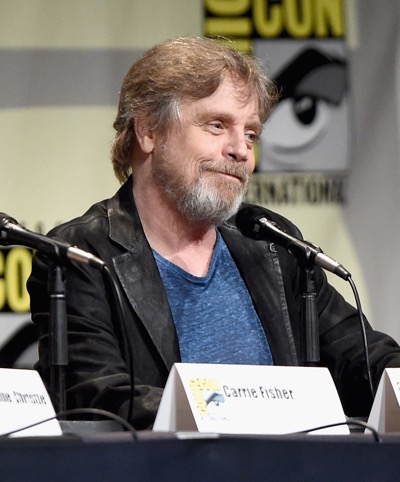 Huge crowds greeted Gloucester Rugby’s first team stars today when they turned up for a beach session in the middle of the city.The club’s Beach Weekender is in full swing at the docks over the bank holiday break and today the players delighted fans young and old by joining in and showing what they can do.There were massive queues to meet them as all the players lined up to patiently sign autographs and pose for selfies.

We’ve heard “there’s no crying in baseball,” but we’re willing to make an exception in this instance. One young Los Angeles Angels fan cried tears of joy after getting an autograph from superstar outfielder Mike Trout.