Jordan, who is super awesome, is going to bring some Funko Fun to our Tuesdays by talking about his love of Funko Pops and getting them signed.

Give Jordan a big MTF Welcome!

As Mike the Fanboy knows I’m a sucker for Funkos and I try to get a lot of them signed, yes I’m building a man cave of Funko pops!

The Wayne’s World Funko set just came out a few weeks ago and I think they’re super cool if you haven’t seen Wayne’s World! You can own your own Wayne and Garth pops now!! The color on the Garth pop and the design bring Garth Algar to life pop with the plaid shirt, drumsticks, glasses, and wavy hair.

The Wayne’s World Funko’s literally came out a few days before Dana Carvey would be doing a few stand up show Monday-Wednesday in Sacramento. On Monday night, I decide to venture out 5 mins from my college to try to meet Dana Carvey, I was hoping he would sign a few items I had for him. The items I had were two Garth Funko’s that I wanted signed in an orange paint pen, and an 11×14 of Wayne’s World, and 2 sketch boards hoping Dana would draw Garth.

The comedy show was set to start at 7:00pm and I’ve never had an encounter with Mr. Carvey, so I thought I would try my luck before his show. I get there around 6:00pm just to scope out the place and see how many graphers would be after Dana’s autograph tonight. After scoping the police out, I just thought he would go through the back door like every celeb does everywhere sure enough I watch the clock on my phone go by and it keeps getting later and later.

At 6:45ish Dana shows up and starts walking to the door of the comedy club and I politely say Mr. Carvey do you mind signing and he obliges. 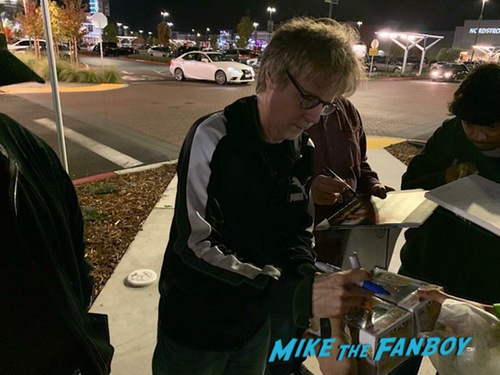 A bunch of graphers come sprinting out of nowhere and Dana starts signing all their photos in a blue sharpie, so I stick out my 11×14 to get signed first because I hate funkos in sharpie! 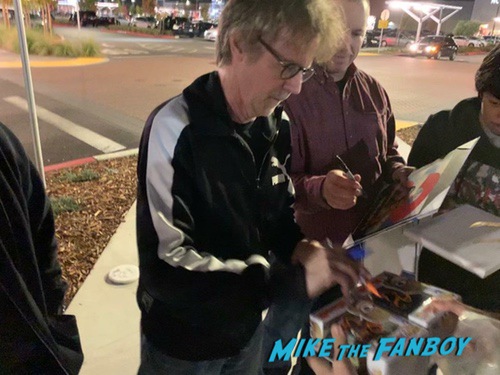 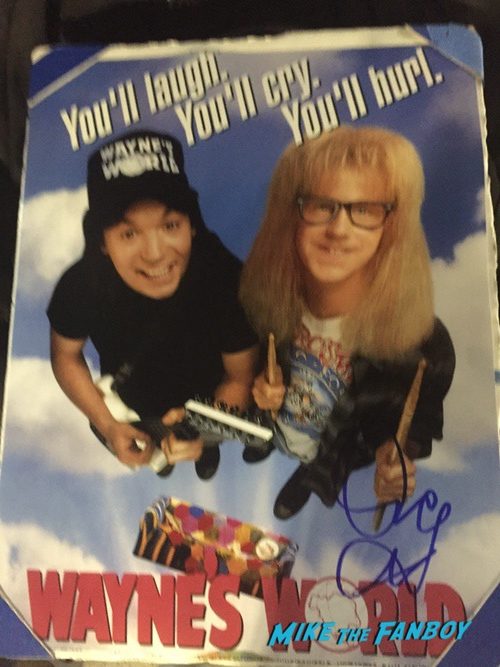 As soon as he’s done signing all the photos I ask Dana if would sign my Funkos. Dana doesn’t know he has a funko because he’s never seen his and doesn’t have one! So, I pull out my funko’s and an orange paint pen and hand him the pen, it’s the first one he’s ever signed so he’s totally unsure where to sign and I politely say on the plastic. 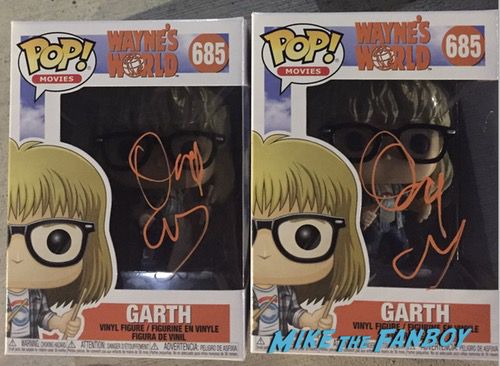 After signing my Funko’s he jokingly says, “do I get a profit from these”! I was satisfied with my Funkos but, I got greedy and asked him to draw me two Garth sketches and then he goes in the door. 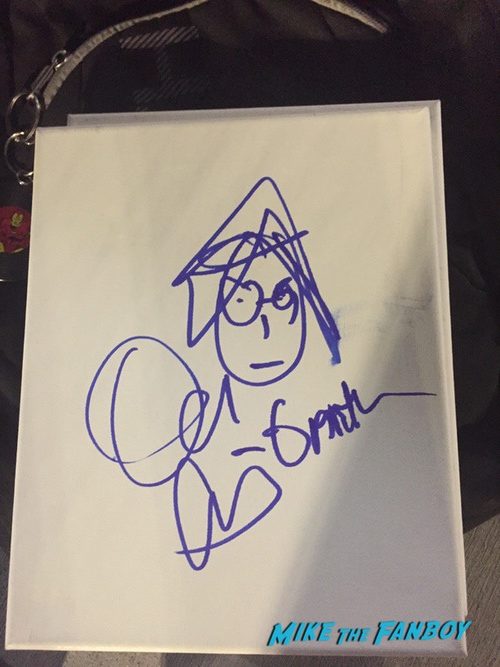 I decided to wait after his show to see if I could a picture but, he was mobbed with more graphers wanting funko’s signed and sketches. I’m guessing all the graphers ran to the mall for Funkos and to Michael’s for sketch boards.

So, I didn’t get my photo op and I had one more sketch board in my bag and he sketches another Garth but, sees my face and calls me saying “isn’t two sketches enough”! Than the car pulls up and Dana leaves. I was kind of bummed I didn’t get my photo op and for getting called out. So, I decided to look for more Garth funkos in hoping to give Dana one. Believe me since these funkos are new they haven’t been released to every store, so I go on a hunt looking for some and I finally find some on Tuesday at GameStop. I buy three hoping he’d sign two more funkos for me and I would give him one as a present. I skip Tuesday night in hoping he would forget my face. I go back the last night of his comedy stand and do the same routine as Monday, Dana walks in and jokingly says don’t you guys have enough autographs from me lol. I offer Dana pop as a present he says “thanks keep it though I’m not a materialistic person so it would end up in the garbage” so Dana signs all three of my pops. And I finally get my photo op and go home happy with a photo and more signed pops 🙂 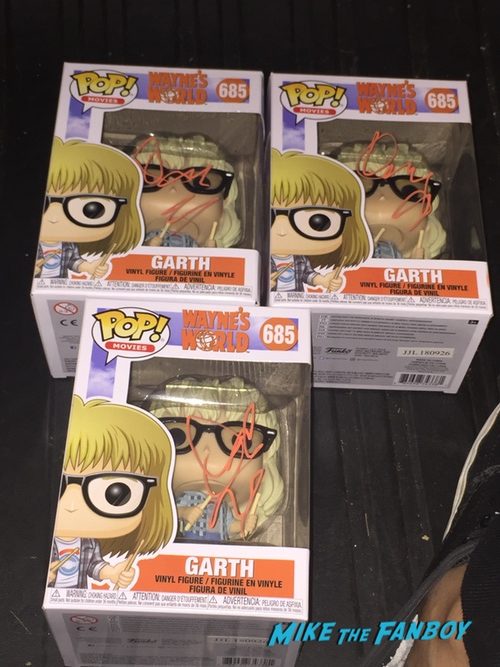