Okay, okay.. I know what you’re thinking because I was thinking it myself… Why? Why Mike do you keep trying. I sometimes say that in the third person when I have a bad encounter over an over again.

I mean what did I really expect?

This weekend was the Festival of Books and I’m going to have a lot of great recaps from the event. Everyone was so frakkin nice, living legends were nice, everyone was kind except one person.

Can you guess who? Yep, the nastiness that was Molly Ringwald.

Now, I did it all. I went to her reading. 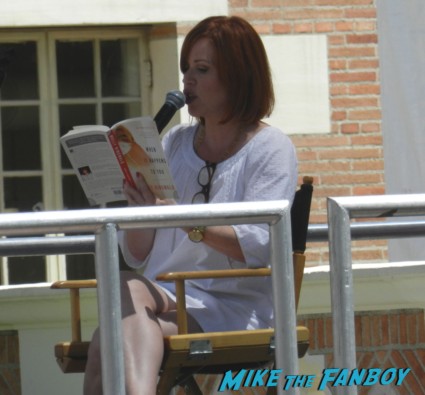 Molly read passages from her new tome When It Happens to You. It’s Molly Ringwald’s fiction debut and honestly I thought wow… How interesting to read a fiction book from a former celebrity. 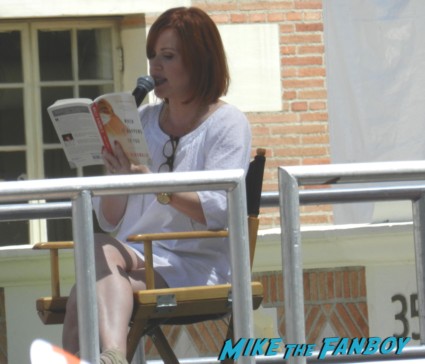 Then I went to the reading. After first hearing the words, “shed her uterine wall” and then “he thought his penis was going to fall off” I decided… this is not a book for me. Shedding uteruses and falling off male members are simply not what I would call light reading.

There was a section where she also verbally said, “Goo Goo Ga Ga.” Yep, I spell checked that.

It was an interesting reading to say the least.

Now, it was time for the signing. I didn’t join the line, I waited in the press area because I wanted to see how it was all going to play out. Numerous people in line had DVD covers, photos, etc… 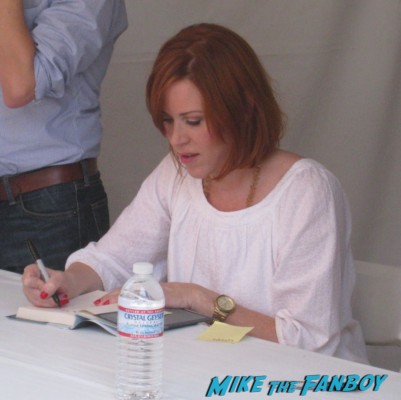 So, I was like… Well, before plunking down my $25.00 for a book with penis that fall off I wanted to see if she was signing other items. Her handler told one elderly lady that Molly would not sign her small autograph book. The elderly lady was clearly miffed. 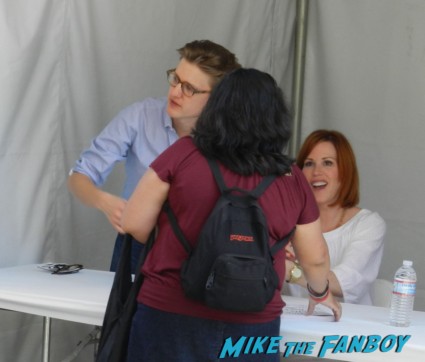 It was interesting too to watch the interaction between her and the people buying the book. She was straining to be nice. Like, “I have to be nice” and as soon as one person left she went back to scowling. 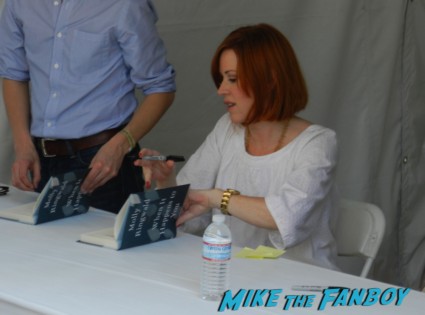 One 16 year old girl had a 16 Candles DVD cover and Molly told her to her face, “No, I can’t do that.” Wow, like that would have killed her. 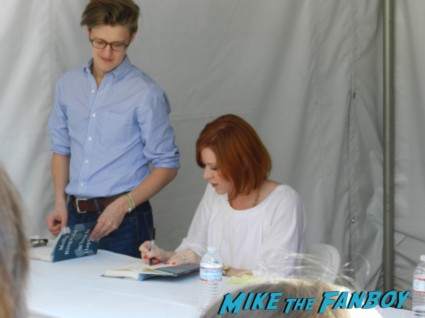 It’s sad because living legends Debbie Reynolds, Carol Burnett and others would sign whatever you had… Yet Molly Ringwald was the one with the holier than thou attitude. 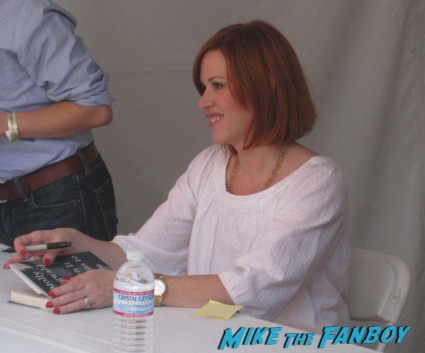 Later in the day, Ace, OTG John, Karalee and I ran into Molly as she was leaving the event. Half of me didn’t even want to bother trying to ask her. Although I did have my Pretty In Pink mini poster that only needed her on it, sooooo… What to do.

Ace approached her with the books and I walked up next to him. She stopped and signed Ace’s two book and I asked her if she would mind signing the Pretty in Pink mini poster.

“I’m only signing books!” she said with a grimace.

Sigh… I took a page out of Pinky’s book and said, “you’re the last person I need on this and I will never bother you again.”

“I’m only signing books!” she exclaimed.

Karalee quietly asked if she could get a quick photo and Molly snapped back…
“No posed photos!”

And so went yet another Molly Ringwald fail. Eventually, I’ll get all my items signed, failed try after failed try. And with every fail I’ll probably still be wondering why Molly Ringwald is such a nasty bitch.

I’m an optimist, at least I like to think so, which is why I try and try again.