Home / Contests / Contest Time! Hop To The Music! Win Guardians Of The Galaxy CD! Frozen! Into The Woods! And More!

“I received the Hop To The Music pack as a member of the Entertainment New Media Network. No further compensation was received and all opinions are my own. This post may also contain affiliate links.”

Easter is right around the corner and Disney wants you to Hop to the Music!

They have a set of four awesome soundtracks for you to check out. 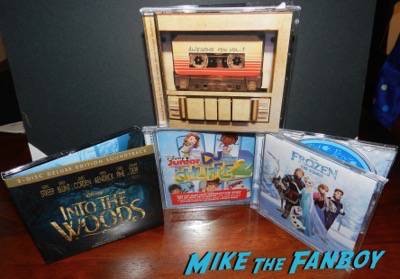 I have to tell you, as soon as people saw these arrive in my house, they got snatched up faster than chocolate on Valentine’s Day!

I loved the Into The Woods soundtrack. It really is great to see the music from the movie come to life in my living room. The double disc set has outstanding sound quality!

My favorite of the four soundtracks was definitely The Guardians of the Galaxy set! I loved the film and hearing the soundtrack like this brought back some awesome memories. Any soundtrack with The Runaways Cherry Bomb and I
Want You Back from The Jackson 5 is tops in my book. 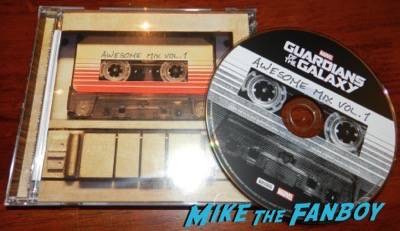 Have you checked it out yet? There’s so many awesome things, like the Guardians of the Galaxy soundtrack on cassette just like in the movie. I had to buy one.

And… We have an awesome giveaway thanks to the EMN Network!

You can win an Easter basket (Puddin’ the bunny not included, he’s staying with me) that has
All four cd’s 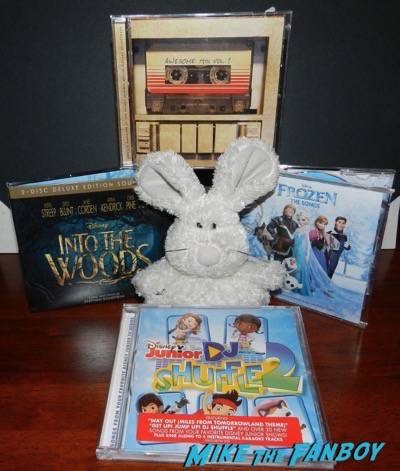 How great is that right?

Make sure and check out the MTF Facebook page for more great contests! And thanks again to the EMN Network! You Rawk!

“If it comes to this blogger’s attention that the winner of this giveaway has won on an additional blog for this same prize, this blog reserves the right to choose another winner”