Home / NEWS / Is Rogue Going Back To Days Of Future Past? Anna Paquin Is Going To Be In The Extended Cut On Blu-Ray!

I know there are a lot of Rogue fans out there, and having her part in X-Men: Days of Future Past cut down to a mere cameo was upsetting to say the least. Personally, I have always loved Rogue. I thought Anna Paquin was great, but felt that the writers never knew what to really do with her character.

Now, it looks like Rogue may be back in the X-Men: Days of Future Past Blu-Ray. Which apparently, now I have to buy.

According to this tweet by producer Lauren Shuler Donner, Rogue’s part is going to be either restored or at the very least included on the deleted scenes. 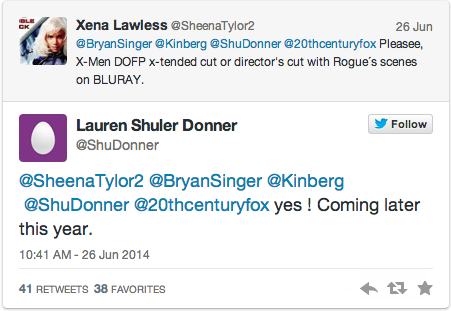 Color me happy, color me overjoyed!

The one thing I really felt was missing from the new film (even though I really liked it) was more of the older cast fighting and at least trying to kick some ass. 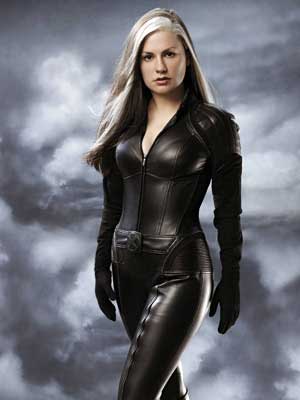 I really hope there’s an extended version on the blu-ray but that God for deleted scenes!