Home / Movie Posters / Movie Poster Round Up! With Adam Sandler in Jack and Jill! Channing Tatum in The Son Of No One! Tilda Swinton in We Need To Talk About Kevin! Justin Timberlake in In Time! Sam Worthington in A Man On A Ledge! Johnny Depp in The Rum Runner! Meryl Streep in The Iron Lady!

It’s time for a new movie poster round up! And today… Boy do we have some interesting posters to look at. In fact, I didn’t even know some of these “films” were coming out… I mean wow… Some posters still have that awesome classic style… Sigh… It always amazes me what gets put up to promote a film though… lol… what can you do right?

Anyway, the first poster is amazing… Meryl Streep in The Iron Lady… Wow… That’s all I can say… wow… I love everything about this poster. The style, the layout, everything. The way that they take Big Ben and Parliament and blend it into the profile of Meryl Streep… Wonderful… While this movie normally wouldn’t be a “Must see” on my list. The fact that Meryl Streep is sure to get a nomination for The Iron Lady makes it a high priority! 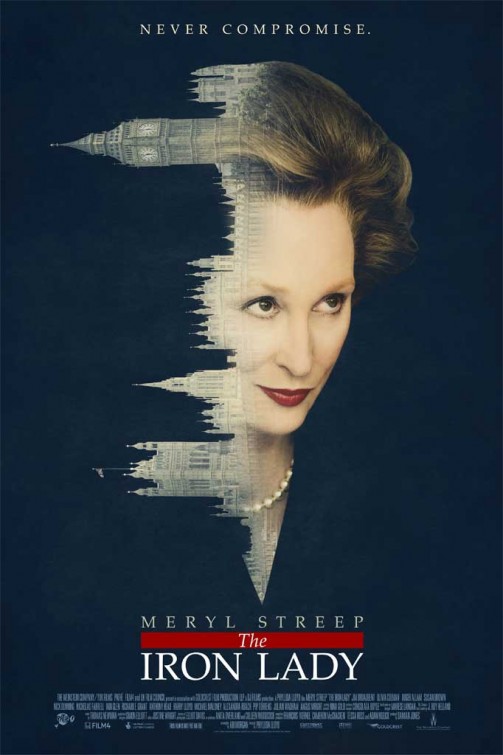 Next up is The Son Of No One… Starring stripper of the moment Channing Tatum. It also has Juliette Binoche who I adore! I’m not sold on this though. Perhaps it’s the mustache that Channing has in the poster or the generic headshot… I dunno something screams straight to DVD to me on this one… But I generally like Channing Tatum so I might give it a shot depending on how the trailers look… 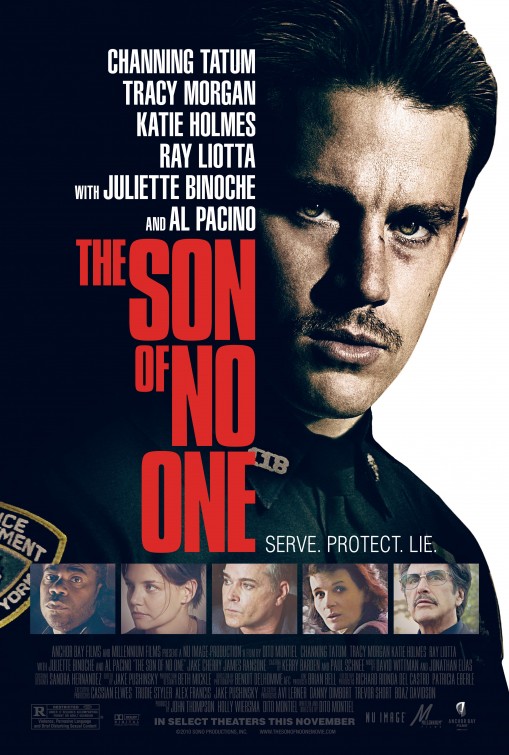 Tilda Swinton gets her own individual poster for We Need To Talk About Kevin… This movie looks creepy, sad, and tragic… I love me some Tilda Swinton, she is just so interesting in everything that she’s in. This poster is stunning as well, the emotion and struggle is right there in Tilda’s face. It’s tragically beautiful. 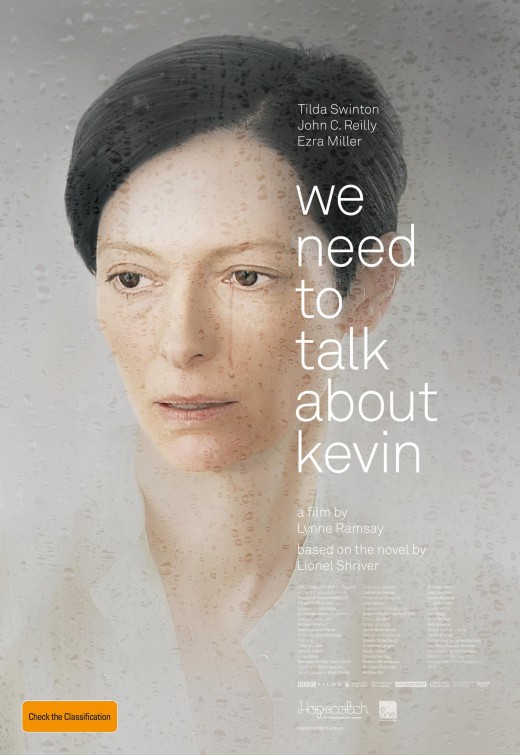 The new poster for the Justin Timberlake and Amanda Seyfried film In Time just came out… I like the IDEA of this poster, but look at Amanda Seyfried… Her body standing on the building looks like… well… It looks like she’s an alien! The buildings and wanted posters are all very Blade Runner-ish which is cool. I’m willing to give this one a try, I just hate crazy Photoshop gone bad… sigh… 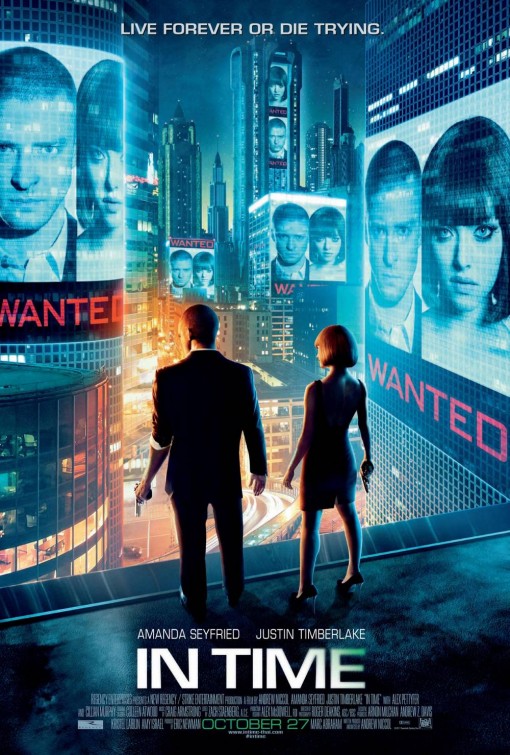 Johnny Depp is back after making a billion dollars in the new Pirates of the Caribbean movie… The Rum Diary is his second stab at translating a Hunter S. Thompson story for the big screen, and it looks pretty damn good! I think it will fair better than Fear and Loathing In Las Vegas… I know, I know a lot of people love that movie… I probably have to see it again, lol… Anyway, while the poster looks very Hangover-ish it’s still pretty good. 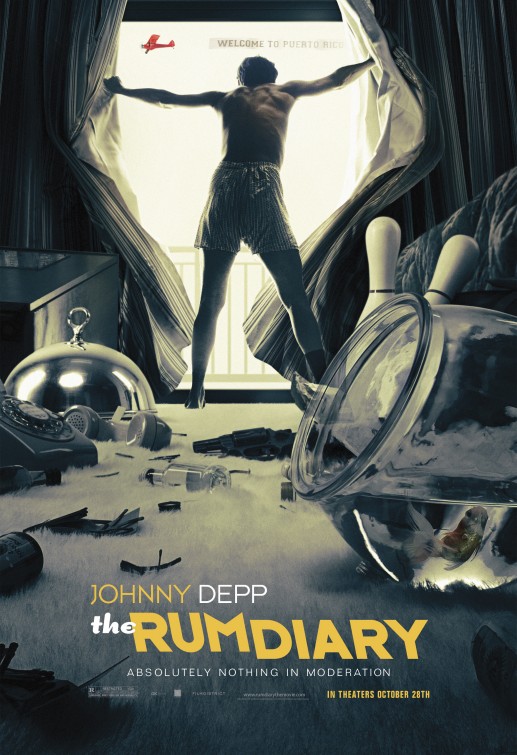 Man on a Ledge is the new film from Avatar star Mr. Sam Worthington… It’s again moderately interesting, but reeks of Inception… Does every street look blue at dusk? Ah well… And Sam Worthington should never grow his hair out… It looks like he has a perm. It had to be said, and I’m the one to say it. 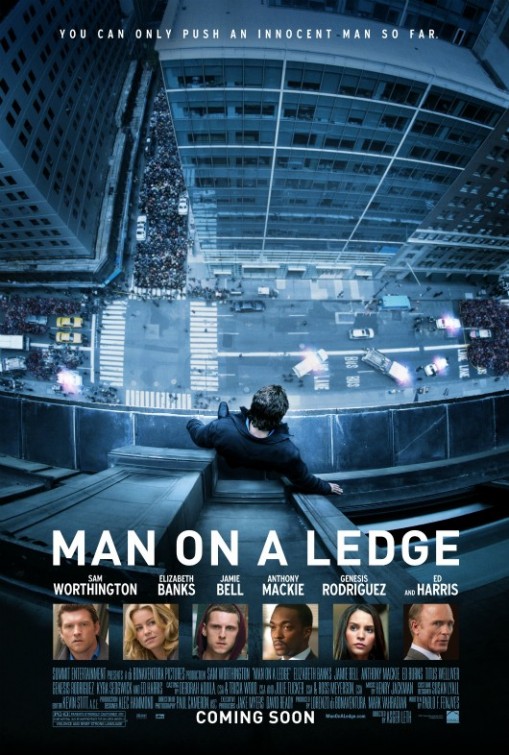 Finally… and I say this with every once of “What The Fuck is Wrong With America” in my bones… comes the new Adam Sandler film… Jack and Jill… Where apparently Adam Sandler shows the world he has lost every creative bone in his body and needs to steal from Martin Lawrence. Where Adam Sandler has sunk so low he dresses in drag as his sister. Really? I mean… No… REALLY? I saw this and my mouth dropped… First the American one sheet is a direct copy of the Jennifer Aniston bomb The Switch, and the foreign version… It’s like… Just… A fucking mess! Really Adam Sandler! REALLY! You were good in Punch Drunk Love… and now you’re in drag on a jet ski… Dude, come on. This makes Grown Ups look like cinematic genius… and the kicker is that this movie will make millions of dollars… 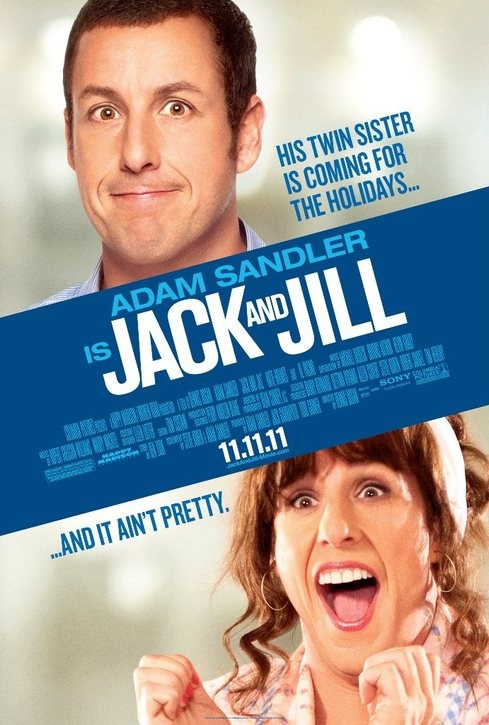 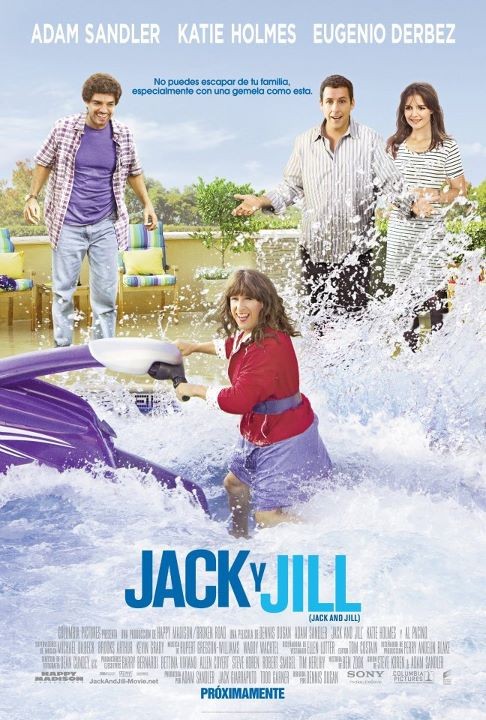