“Tool up, honey bunny. It’s time to get bad guys.”

The new movie poster for Kick-Ass 2 is out! Honestly this sequel has been flying pretty low on my radar but now I’m starting to get excited about it. Sure, Matthew Vaughn isn’t back directing after kicking his own ass on X-Men: First Class.

This time Jeff Wadlow is taking over the helm, he did Never Back Down, which I actually liked BTW.

Most of the original cast is returning including Chloe Grace Moretz as Hit Girl, Aaron Taylor-Johnson, Christopher Mintz-Plasse, and the addition of Jim Carrey.

August 16th is the magic date!

Check out the new poster after the jump! 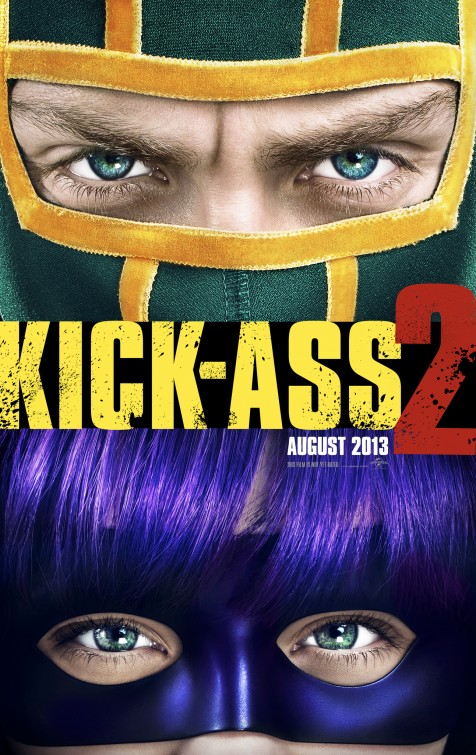