I have to tell you, I’m getting pretty jealous of all you UK fans! Man, it just seems like you guys are cleaning up at the events lately. Man oh man!

The latest event comes in from our friend James who cleaned up at the Olivier Awards! He was able to meet only Harry Potter himself! Mr. Daniel Radcliffe!

I think that fireworks should go off if you meet Harry Potter in London. I mean right? It’s like a national celebration! LOL…

Check out James’s full report below!

Ways to get someone who’s supposed to be revising for exams out to a red carpet? Announce that Daniel Radcliffe‘s going to be presenting an award. Then, the day before the awards. announce Brian May is doing the same. Boosted by pretty nice weather I headed out to see how things would go. 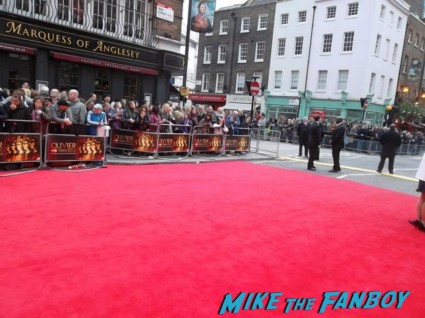 Arrived and met up with my friends Ian, Donna and Elizabeth. Seemed to be a pretty nice setup for such an event, and I had a pretty good feeling about meeting a few people. To give you an idea, it was an identical sized red carpet to the Film BAFTAs, just with about a third of the crowd, which was nice.
  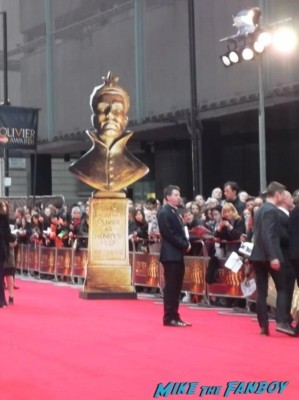 Anyways, arrivals started at about 5pm. First to arrive was Miss Marple star Julia McKenzie, who, oh, didn’t sign anything at all. Not the best starts. She was followed by Coronation Street star Vicky Entwhistle, who played Janice Battersby. I called her, and she happily signed an index card for me, and posed for a photo.
  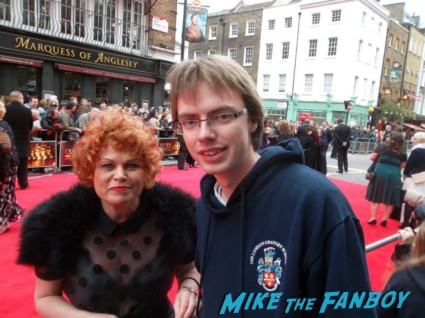 Vicky was followed by presenter and singer Myleene Klass, who also signed an index card and posed for a photo. Myleene was actually one of the very first celebrities I met when I was 13 or 14, so it was nice to get a more up to date photo!
  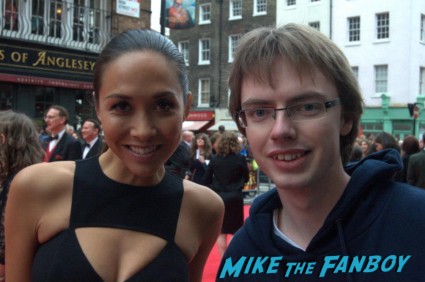 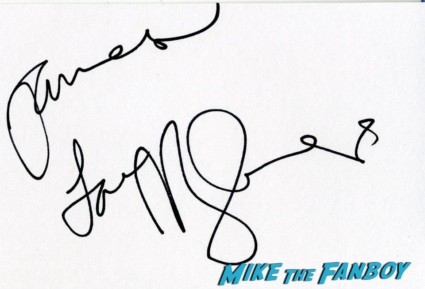  
Next to come over was theatre actress Summer Strallen, who has notabled appeared in Love Never Dies and The Sound of Music in the West End, and also had a brief stint in Hollyoaks. Again I got an index card signed and a photo with Summer.
  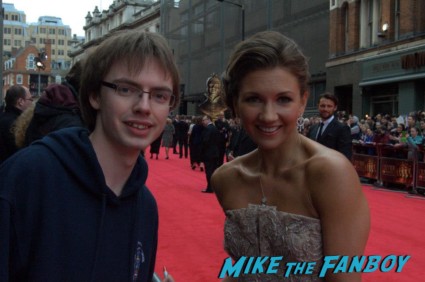 Allen Leech, star of the hugely successful Downton Abbey came over next. He kindly signed my Downton DVD boxset and posed for a photo. He became the fourth person to sign my boxset, previously signed by Hugh Bonneville, Joanne Froggatt and Rob James Collier.
  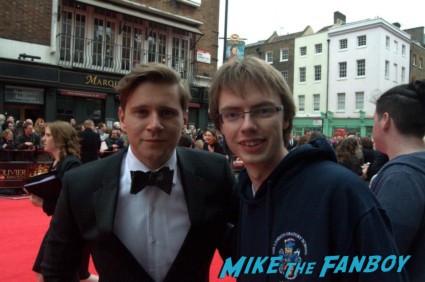 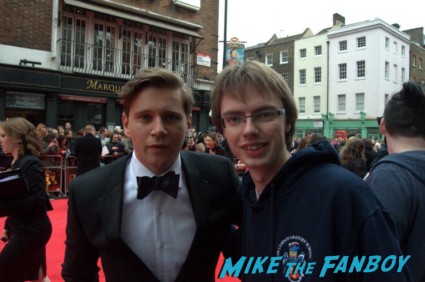  
Rafe Spall and his wife Elize DuToit arrived next. I didn’t get to meet Rafe, although I have met him 3 times before so I’m not too worried. However, I did get a photo with Elize (I have an autograph already from this year’s BAFTAs).
  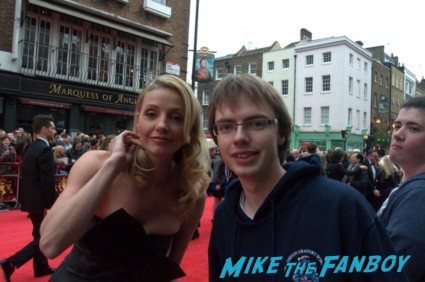 Happened to notice Busted singer James Bourne further down the carpet, which was a big shame as I wanted to meet him, which would complete my Busted set. Ah well, hopefully another day.

Next to arrive was one of the first “major” guests, legendary Queen guitarist Brian May, along with his wife Anita Dobson! Whilst before my “time” (indeed Freddie Mercury died before I was even born), I’m a big Queen fan; as far as I’m concerned they created some of the best songs ever written. Brian came over, and kindly signed my autograph book and even posed for a photo with me. Chuffed! Anita kindly signed a Hello Dolly theatre flyer I have had since April 2008! She was amazed I had it, commenting the necklace she was wearing came from that play.
  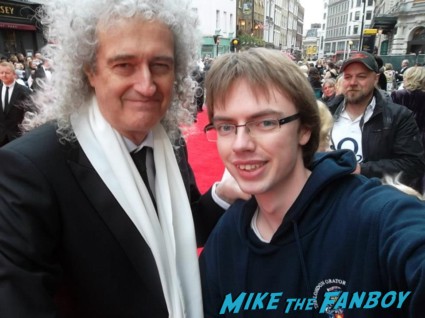 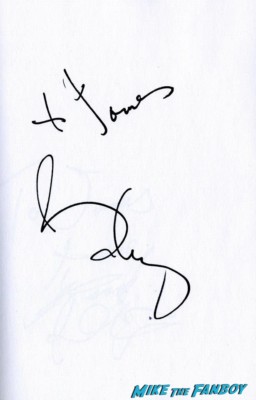 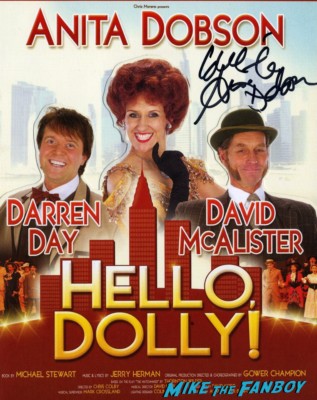  
Next to come over was another person I wanted to meet; Lara Pulver, best known as Irene Adler in Sherlock. Another one off my Sherlock list! She kindly signed an index card for me and posed for a photo. Chuffed!
  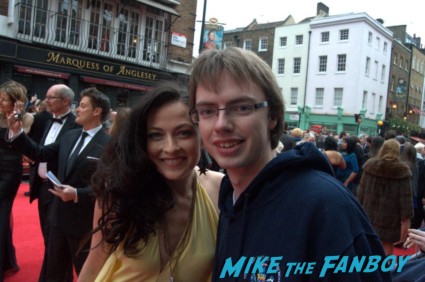 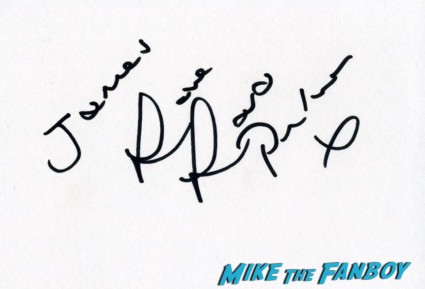  
Lara was followed by Poirot actor David Suchet, who signed a theatre flyer for me. Sadly didn’t have a chance to get a photo with David, but am happy to have finally met him! He was closely followed by Glee star Matthew Morrison. I’ve already got a couple of photos with Matt so didn’t try for another one with him, but I did get a photo of me & him signed.
  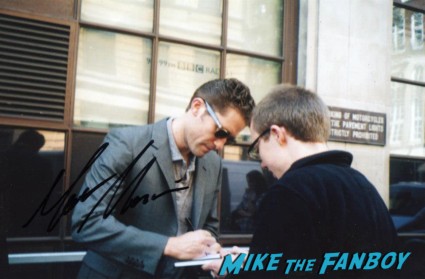 Next to come over was Homeland star Damian Lewis and his wife, Harry Potter and The Queen actress Helen McCrory. I’ve met both twice before, but got an index card signed by Helen and a photo with Damian.
  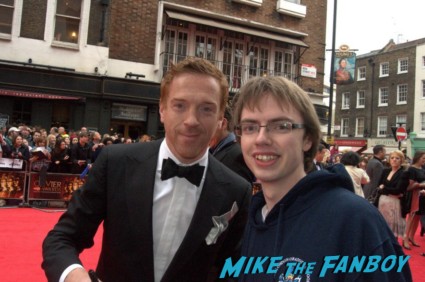 Shortly after arrived Waterloo Road and Holby City star Tom Chambers. Tom kindly signed an index card and posed for a photo with me. A new one for my Waterloo Road collection, which is always a good thing! 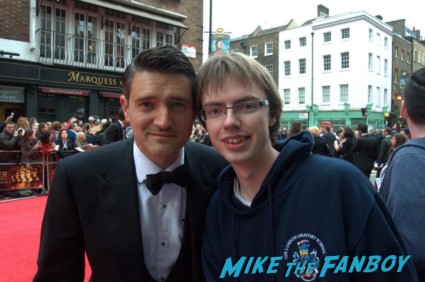 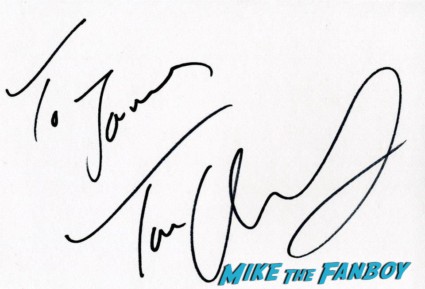  
 
Next to arrive was the second person I really wanted, Harry Potter himself Daniel Radcliffe. He signed a few on the other side, and then came over. He signed my autograph book and posed for a photo, despite his PA trying to tell him to do otherwise. Awesome!! Went for two people, met both of them. Second time I’ve met Daniel, both time’s he has been lovely. It makes my life easier having met him here, as it means I can avoid his theatre run. Now just to complete the photo set with Emma Watson….
 
  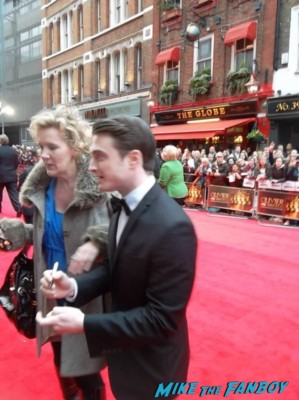 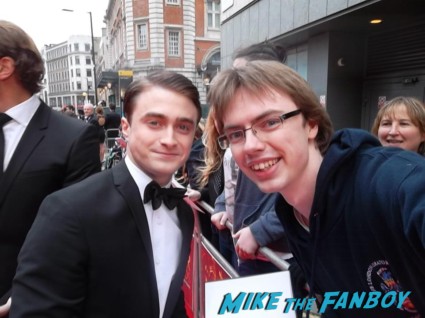 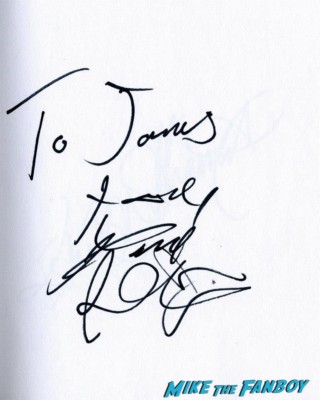  
Idina Menzel arrived somewhere around here, but didn’t sign many, and alas I didn’t get her. Imelda Staunton came over next, and signed a Sweeney Todd theatre flyer for me. Her husband, Downton Abbey star Jim Carter kindly signed my Downton boxset too. Signature no. 5!
 
  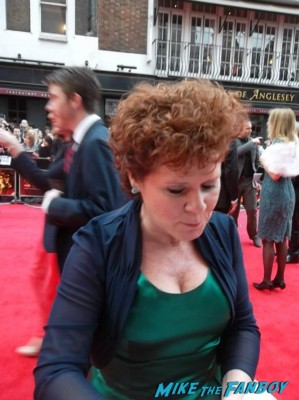 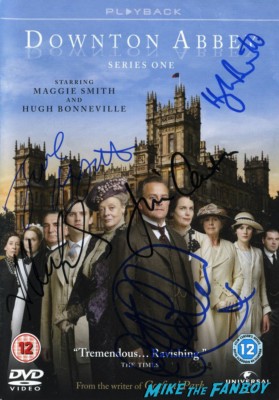  
Another pretty cool name came over next, Sex and the City‘s Samantha Jones, aka Kim Cattrall! She kindly signed my autograph book, but was too quick for me to be able to get a photo with her. She’s appearing in the West End later in the year, so hopefully I’ll have a chance to meet her again then.
  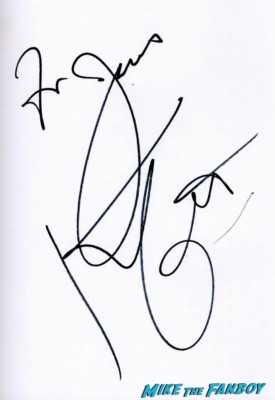 Coronation Street and Scott & Bailey actress Suranne Jones came over next, and posed for a quick photo. I met her last weekend in the West End where she is currently appearing in A Beautiful Thing, so I didn’t get another autograph. 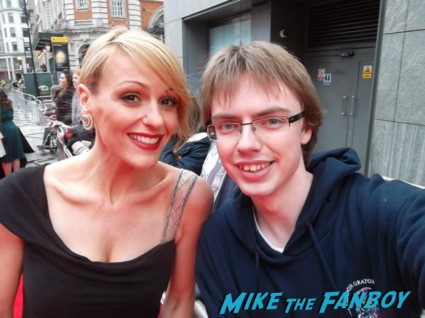  
Suranne was followed by Lily James, star of Fast Girls and more recently Downton Abbey. She signed an index card and posed for a photo with me. She was closely followed by Rupert Penry Jones (Spooks, Whitechapel) who signed a card for me. Because I’m an idiot, I didn’t twig that his wife is Dervla Kirvin until it was too late. Gutted.
  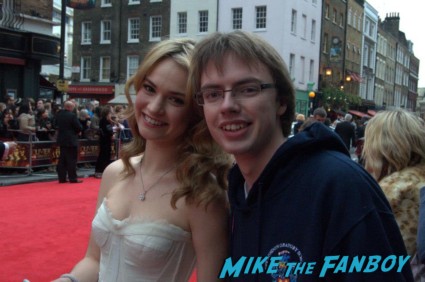 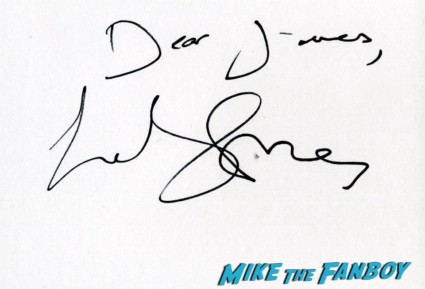  
Last but not least was Avengers and War Horse star, Tom Hiddleston. I swear of everyone I’ve met Tom remains one of the nicest, always making the time to stop for as many people as possible. Despite being a late arrival, he still spent the most time I’d say interacting with fans, which was great to see. I got a photo with him (having got his autograph many times before).
  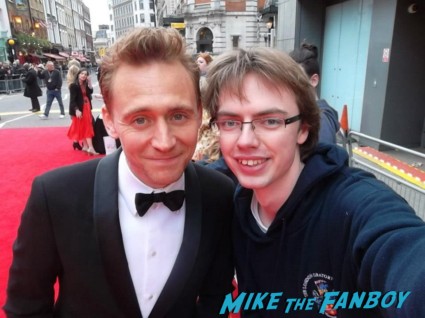 And that was that. I missed a couple people I would have liked to meet (cough Idina Menzel I mean you), but still certainly can’t complain. A great way to spend an April Sunday afternoon.
–
As an end point, a number of the people I met above (including Brian May, Tom Hiddleston and Damian Lewis) signed charity Christmas cards which will be auctioned towards the end of the year as part of my friend Robin’s fundraising for Children With Cancer UK and other charities. I’m happy to be able to do my bit to support his fundraising; please help to do your bit and visit his website by clicking here. Thanks.
Incidentally, Robin will make an appearance in my next blog post, as he was in London last week to run the London Marathon, and spent the day before collecting with me.

Check out more from James At his own site!