Outlander took over the Theater at Madison Square Garden at New York Comic Con for a special screening of the season 4 premiere episode and a chat with the cast! Here’s my photo gallery and a quick recap of some of the conversation before the November 4th premiere on Starz!

Outlander invaded NYCC with a busy booth that recreates some of the set pieces from Fraser’s Ridge.

The other major event was a 90 minute panel which is a really strong hint that they will screen the season 4 premiere episode. Yeah!

No, I won’t spoil the episode, but it was SO GOOD and it’s great to have Droutlander over! We meet one of the major new characters for the season and, well, things happen. The audience was very enthusiastic and some of the many book reader reactions were spoilers for non-readers of the books. (Whoops!)

Starz released the season 4 opening credits sequence, updated with visuals and orchestrations for the new season so here’s a taste of what’s to come.

I’m not quite sure why there was such a delay, but they didn’t seat us until after the introduction and the opening credits starting rolling. (Sigh) Ever try to find seats in a pitch dark theater while keeping an eye on the screen? Basically I grabbed whatever seat we could find which was roughly the back half of the theater. This was my view without any zoom. 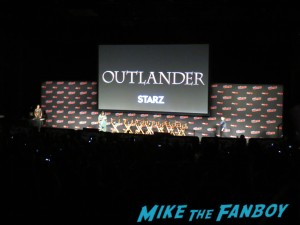 No my nose didn’t bleed, but it was close! Anyway, after the screening, there were quick introductions for the cast and crew (seating right to left): 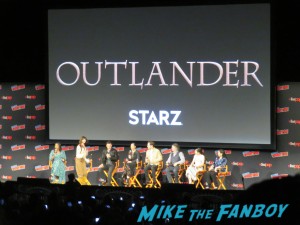 As you may see, there was a lack of red hair on the panel! Sam Heughan is in the middle of filming a movie so he’s not sporting Jamie hair. If you scroll down you can see his sleek new look (which suits him quite well).

The Q&A was really short — maybe 20 minutes or less so there wasn’t a whole lot of news to share. Here are some highlights:

Diana: (To the audience) Thank you all for laughing at the lines from the book!

Ron: We will meet more time travelers this year

Sam: (Sings the James Bond theme when a fan suggests that he should be the next James Bond) Call me Moneypenny.

Cait: (On her favorite costume) I like Frontier Claire’s outfit best

Ron: (On discussing modern politics) We don’t mean to use this as a platform, but look at the world we live in. To quote former President Obama, the arc of history bends towards progress.

Ron: Season 5 and 6 are already approved

Yeah! More Outlander for years to come! In the meantime, here’s a photo gallery to tide you over until November 4! 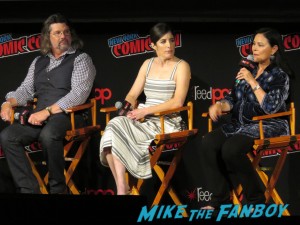 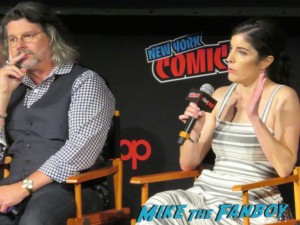 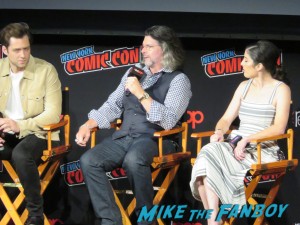 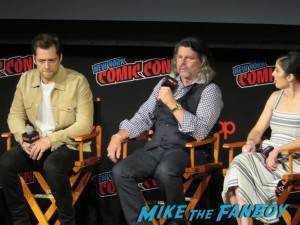 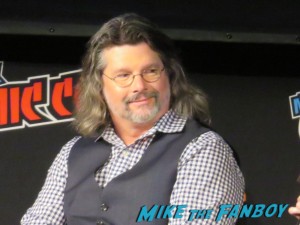 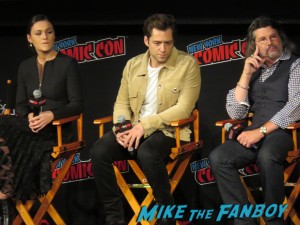 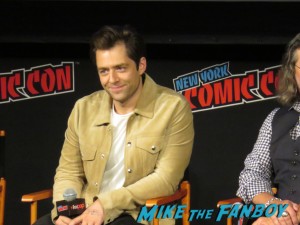 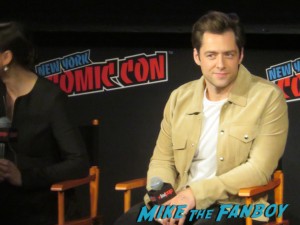 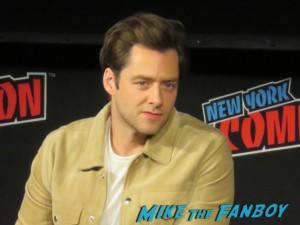 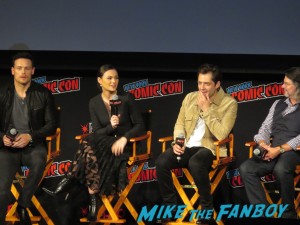 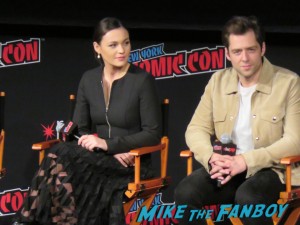 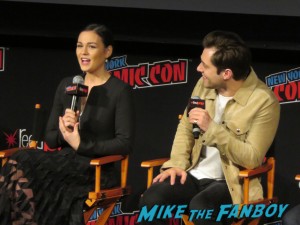 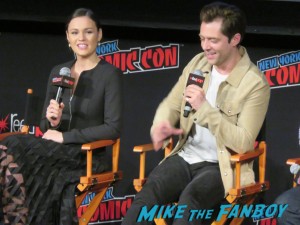 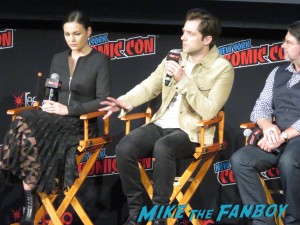 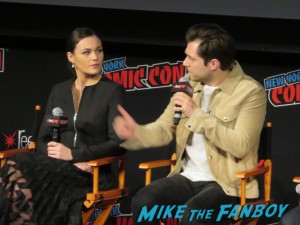 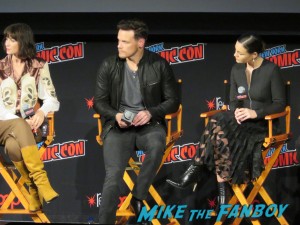 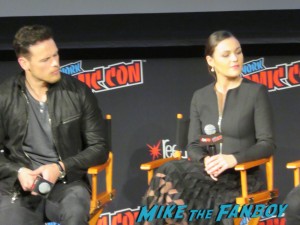 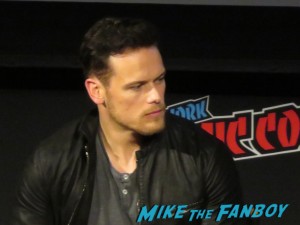 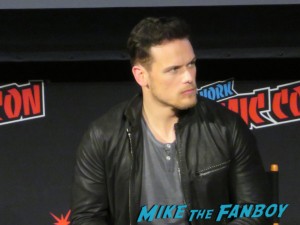 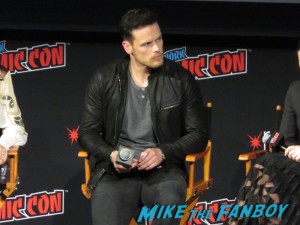 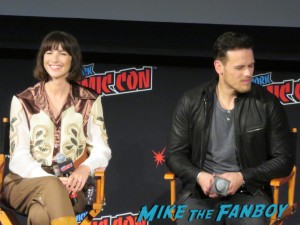 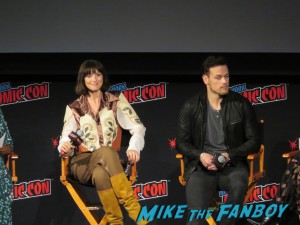 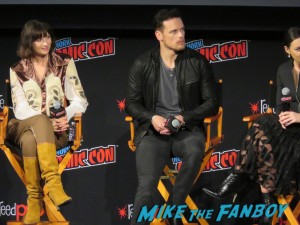 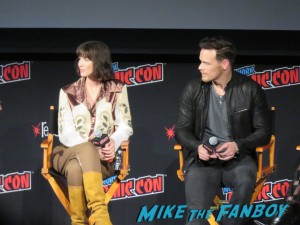 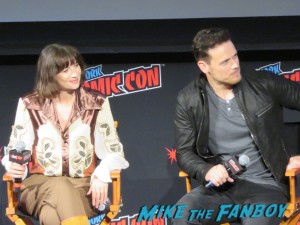 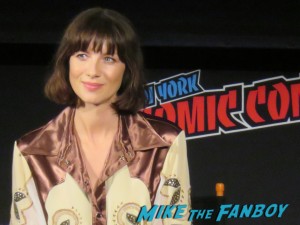 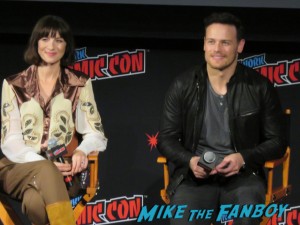