Home / Pretty In Pinky • RIP / RIP Luke Perry! Pinky Remembers The 90210 and Riverdale Star and How Kind He Was!

Friends, my heart is broken. This is a rough one. If you listen close enough, you can collectively hear the sobbing from millions of women across the globe. We’ve lost an icon, a legend, and a heartthrob. We’ve lost Dylan McKay. 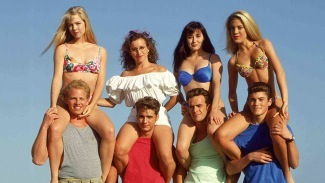 The very first time I met Luke Perry was in 1991 at Disneyland. Beverly Hills, 90210 was still fairly new, but we loved it in my house. In fact, I’d just recently used “Dylan McKay” as an example of some sort of hero in my Honors English class. The entire cast walked by us at Disneyland, but Luke was the one who stopped to talk to me. I didn’t even know his real name and am pretty sure I called him Dylan. He was incredibly kind and listened to me ramble about using him as the example and even knew what the term meant. It’s funny to say this now, but I didn’t get a picture or an autograph with him because “I didn’t want to bother him.” Trust me, I regretted that decision for TWENTY years!

Approximately twenty years later, I randomly saw Luke at The Grove. He was on the escalator heading to the parking lot with his two kids in tow. I promptly headed that way and waited for his kids to be in the car before asking him for a picture. Once again, he was incredibly kind, even though I rambled about the twenty years of regret and our Disneyland encounter. We finally got that picture and I’m pretty sure I cried. As you can see in the picture, my nose is all flared because….tears. 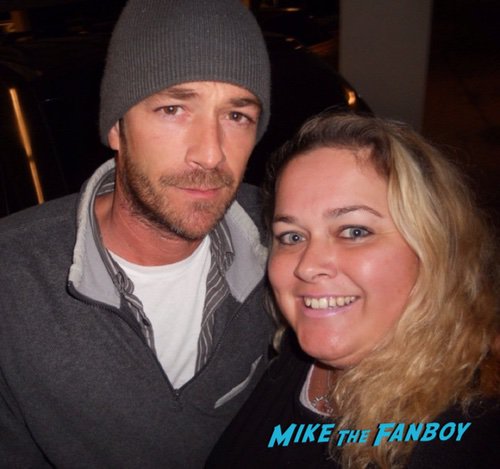 A few years later I saw him at a golf tournament 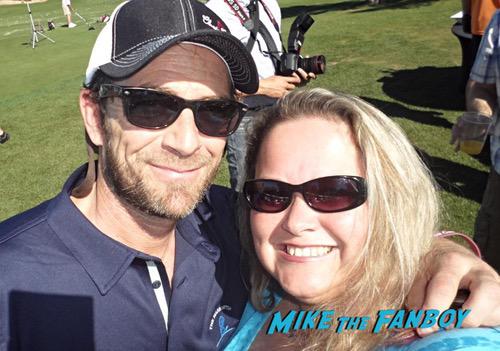 and then a few years after that we did a convention with him in Chicago. Every time I saw him he was very sweet and so engaging with fans. 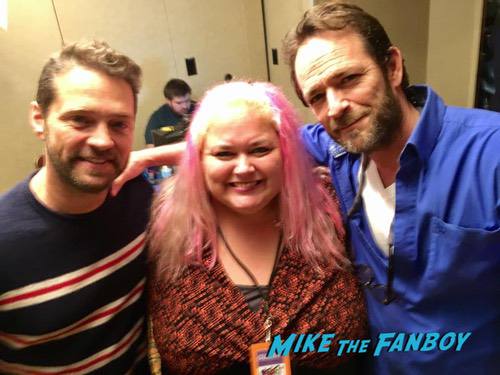 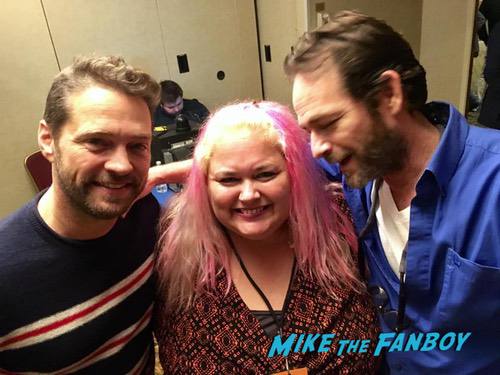 He made you feel like you were the only person on earth. He made you feel special. He made you feel like Dylan McKay was about to take you to the Prom. For many people around my age, Dylan McKay was EVERYTHING. We began our love affair with him when we were teenagers and our hearts were pure. That type of love doesn’t ever die, which is probably why so many people are feeling like they’ve lost a family member this morning. I always loved Luke for his heart, but I also loved that he’d married a fan who sent him her bra (it always made me laugh). I loved his love for his family, friends, and especially for his craft. I loved Luke for life – I’m so incredibly sorry he lost his so soon. R.I.P. Luke. We love you and miss you already. Deepest condolences to his family and friends.