Home / NEWS / RIP Psych! The Final Episode Of The Hit USA Series Airs March 26th Followed By A Live Q and A!

And another show heads to the television graveyard. Psych is playing it’s last hand on March 26th.

Check out the full press release!

Universal City, Calif. – February 5, 2014 – USA announced today that its original scripted comedy series PSYCH will end its successful run after eight seasons on Wednesday, March 26 at 9/8c. It will be followed at 10/9c by the “PSYCH After Show,” a one-hour live show featuring a Q&A with the entire cast and show creator, Steve Franks. The moderated discussion will take place in front of a studio audience in Los Angeles.

“PSYCH has made an indelible imprint on the television landscape, with a unique brand of comedy,” said Chris McCumber, President of USA Network. “The final season celebrates the iconic characters that have made this show so beloved, and will be an exclamation point on the series’ incredible run. And while the series will wrap in March somehow I don’t believe we’ve heard the last of Shawn and Gus.”

Added Jeff Wachtel, President and Chief Content Officer, NBCU Cable Entertainment, “PSYCH is one of those rare projects that broke into the cultural mainstream. Its wild energy, fearless fun and engaging characters delivered an unrivaled series that will continue to be loved by fans for as long as there are ways to watch TV.” 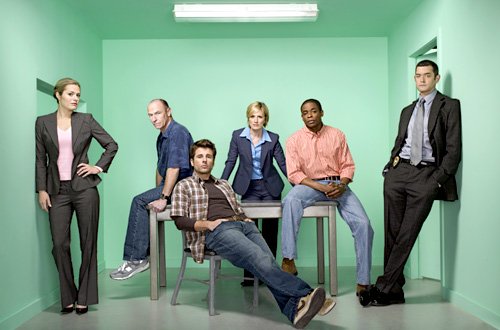