Susan meets The Expendables! One of the coolest signings at the Lionsgate booth this year was for the cast of Expendables 3 and of course Suddenly Susan had to be on the scene!

Check out her full recap below! Talent photos by Eric Charbonneau/Invision for Lionsgate/AP Images.

Just a few more Comic Con write ups to go. With this weekend seeing the opening of Expendables 3, I thought this would be a great time to rehash meeting a few of the cast members.

I was lucky enough to get a wristband to an autograph signing at the Lionsgate booth. The one thing I hate is that they rarely have mini posters. Such was the case with Expendables 3, but I have to say, this is one awesome one sheet!! 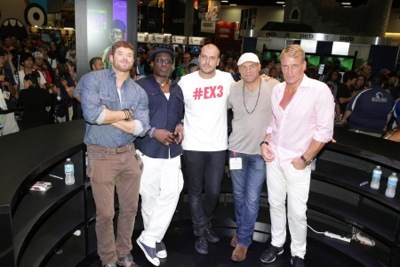 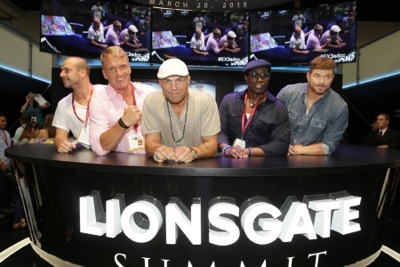 First up was Dolph and he was not friendly at all. He was talking to some guy next to him the entire time; never once glanced down at the fans. He had one of the better Sharpies, but I never even got to ask for it to be personalized because he just signed and slid. 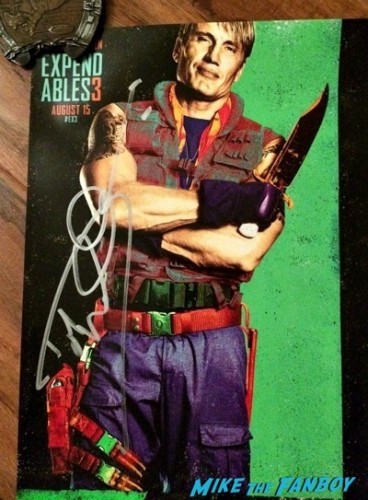 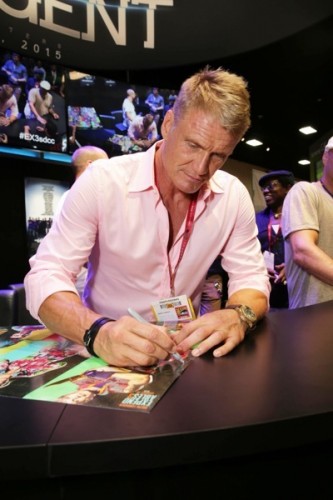 Next up was Randy. He wasn’t much friendlier. He said nothing, but at least made eye contact and he did personalize when I asked him. 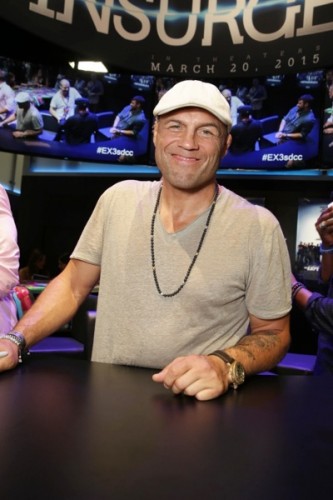 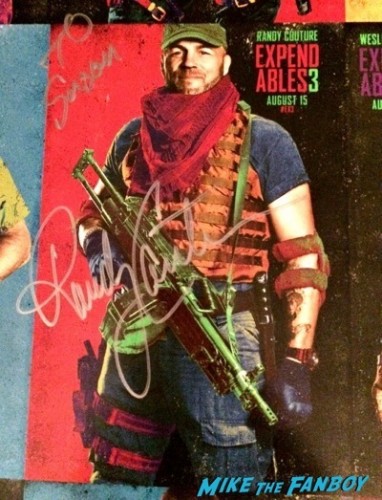 Wesley surprised me be being the most chipper of the bunch. He said hello and when I asked him to personalize, said, “oh sure – you got it”. 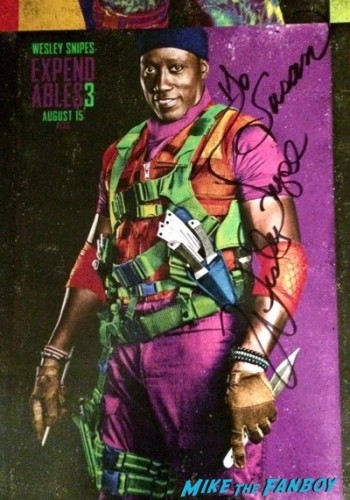 Patrick the director was rather quiet, but at least smiled and personalized as well. Since he’s not on the poster, he chose to sign right over Mel Gibson’s pic. No matter. I don’t see me getting Mr. sugar tits anytime soon. 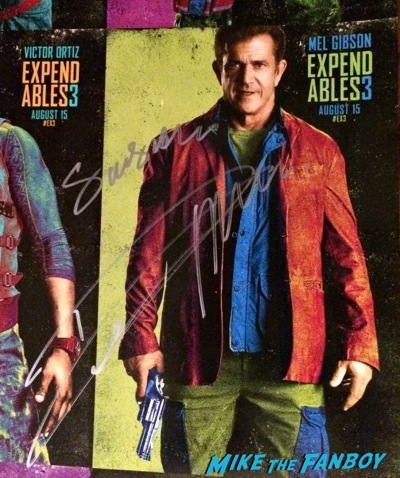 Last in line was Kellan. He was super nice – said hello, asked my name – I complimented him on an older movie and he was surprised and happy to hear I liked it. 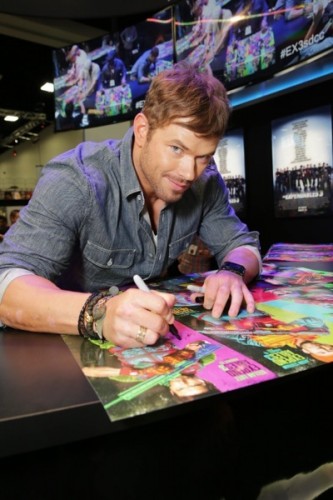 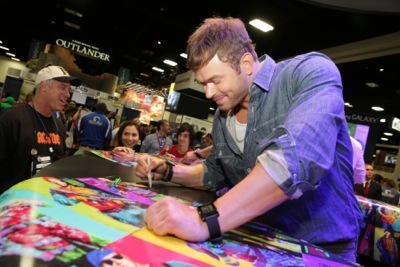 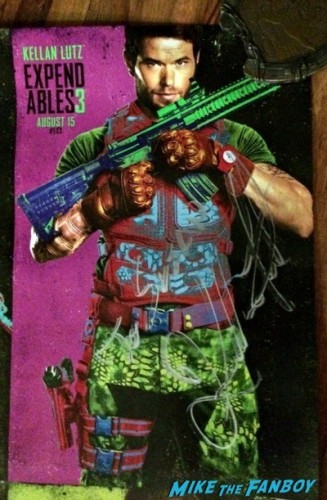 I do love this poster. Unfortunately, most of them were using half dead silver Sharpies and the signatures are difficult to see. Plus, I’ll never finish the signatures in a million years. I mean, if you’re lucky enough to get Harrison Ford’s signature, are you really going to put it on Expendables 3?

It was still cool to meet Wesley and Kellan. Not every signing can be a winner, right? 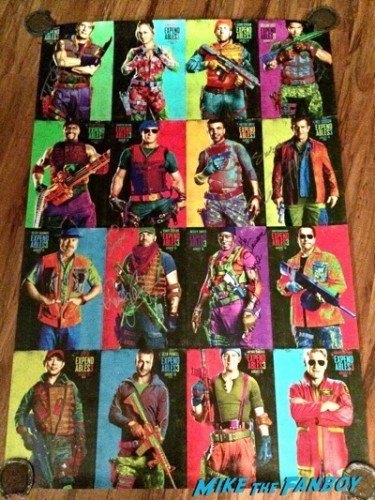