Last night I was invited to a special screening of The Handmaid’s Tale. This is a new series on Hulu and I was really looking forward to it. Based on the novel by Margaret Atwood, The Handmaid’s Tale is a look at a future where having children is next to impossible and the women who can have children are forced to be Handmaid’s for the elite of society.

The screening was followed by a panel with: 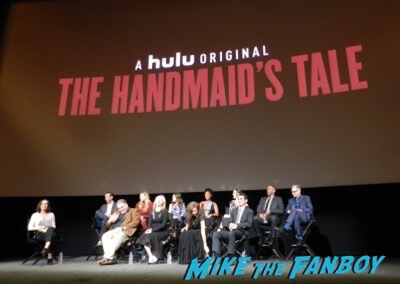 “You know, the book was so good and we loved it so much and wanted to be on the same page about what it was going to be.” Said Elisabeth Moss. “Everyone just wanted to make the same thing, this balls to the wall badass brutal interpretation. The question wasn’t if I wanted to do it, but is it right.”

The panel talked about the voice over aspect of the series and Elisabeth Moss joked that she memorized all the voice over parts even when she didn’t have to say the actual lines. Madeline Brewer added, “I was just thinking, so many times you don’t need the voice over because it was so clear what you were thinking, Elisabeth is like a master class in acting.”

“It was helpful to me as an actor, you have this beautiful writing, why not use it.” Exclaimed Elisabeth Moss. 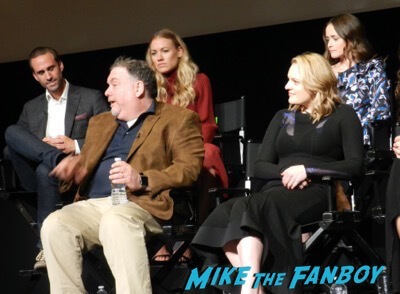 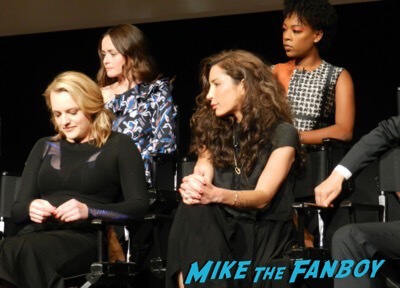 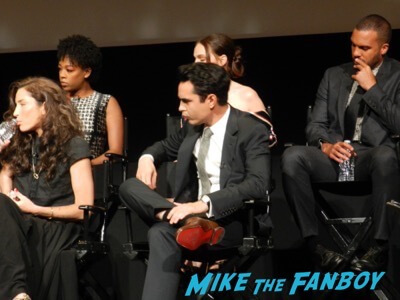 “I use the script as my roadmap, I got the first three and I thought I was handed this incredible opportunity that was so complex. I see my character as someone who has a lot of fight in her. There’s so much pressure and tension in every scene.” Stated Alexis Bledel. “There’s so many layers to play at the same time.”

Everyone on the panel seemed to be drawn to their parts because of the characters. “Moira was someone I wanted to play because I couldn’t stand someone else playing her. She has such amazing fight and she is going to be the one who is speaking up for the ones who don’t have a voice.” Said Samira Wiley. 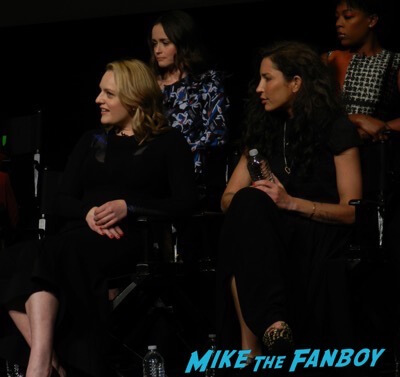 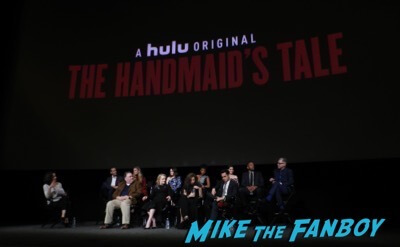 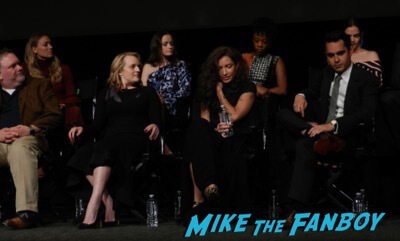 “In the book my character is written as a little harsher and I wanted to add a level of humanity, and some sympathy. This is a society that pits women against each other. It’s this awful duality, politically I have to survive in this cage I helped build and possibly stand by and watch all this happen.” Said Yvonne Strahovski.

After the panel all the cast came to the party to meet with guest with the exception of Samira Wiley.

Everyone was so nice. Elisabeth Moss basically formed a line and just chatted with everyone and did photos. She was adorable. 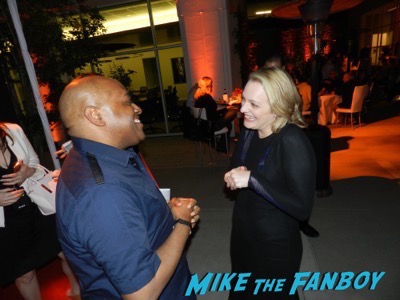 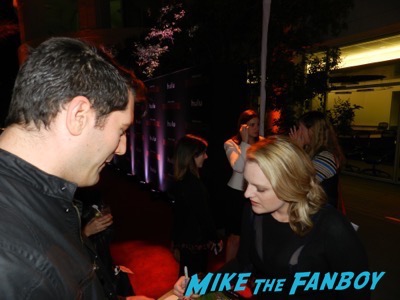 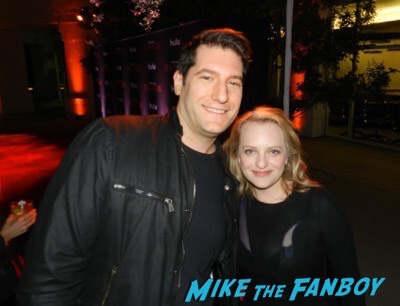 Alexis Bledel stayed so long at the party and was so gracious. She signed the poster for the series and some Gilmore Girls memorabilia for me. Wayne and Richard helped me get something signed as well, which was very nice. 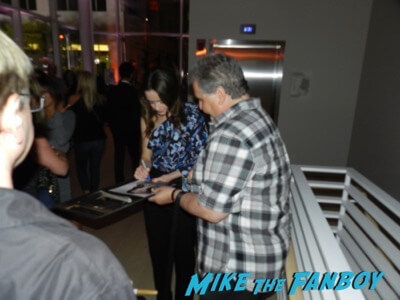 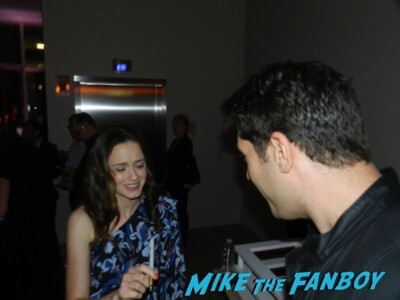 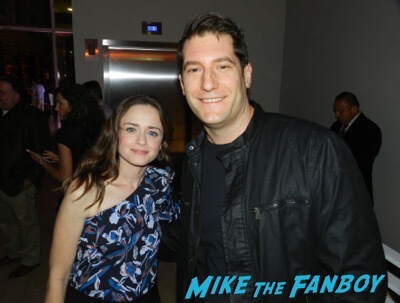 Joseph Fiennes was also very kind, he signed my Elizabeth poster I already had Cate Blanchett sign and the poster for the series. 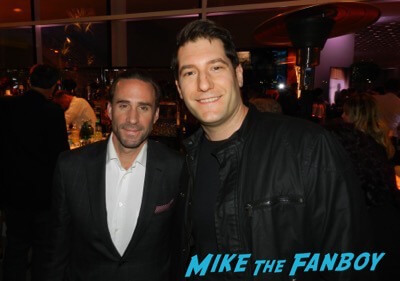 It was a really fun night and I had a ball hanging out with the cast! 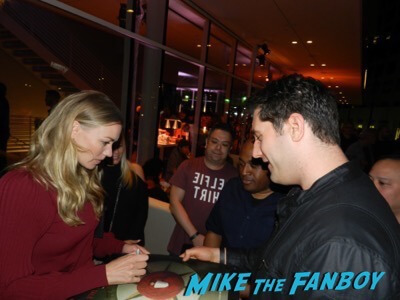 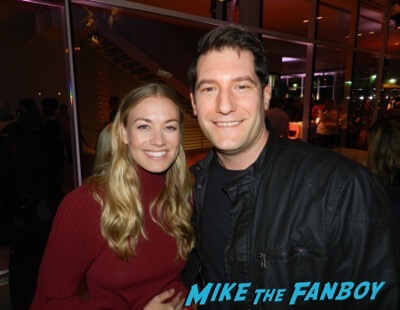 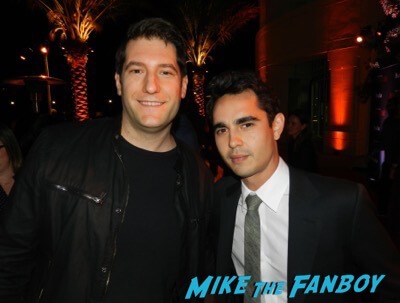 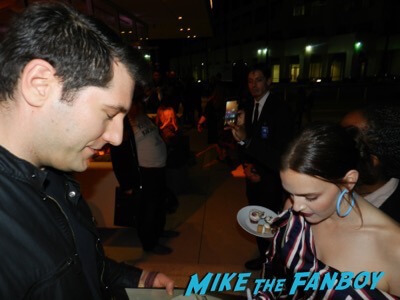 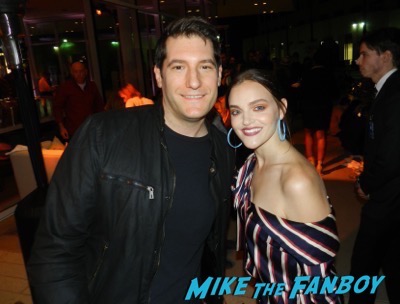 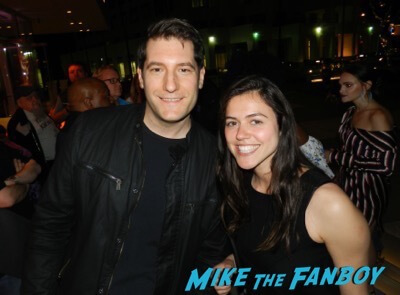 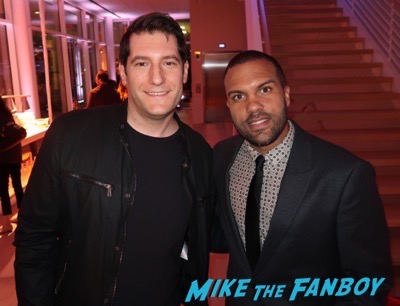 It was also great seeing Lisa, Pinky, Michael, Mike, Steve, Courtney, Wayne, Robert, the incomparable Keith Coogan and everyone else at the party! 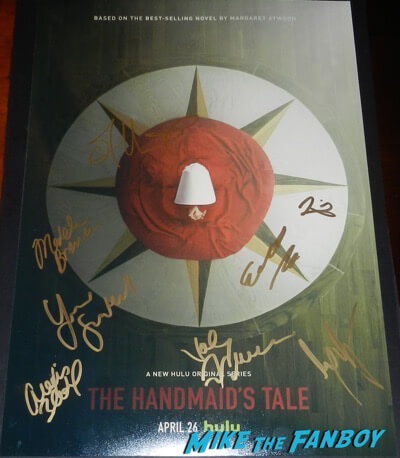 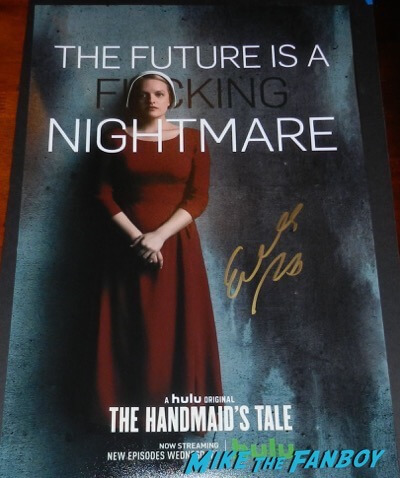 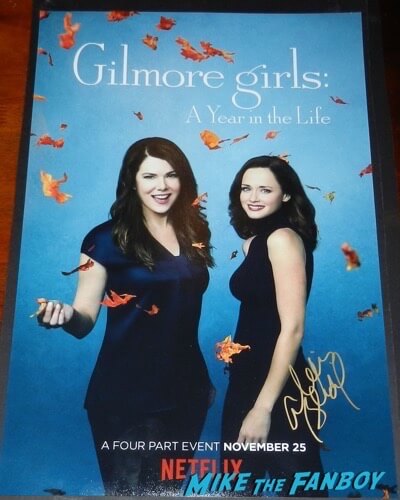 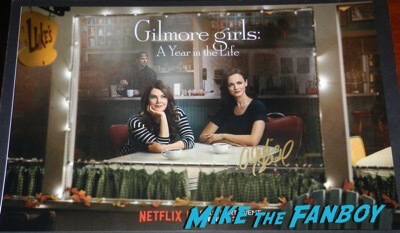 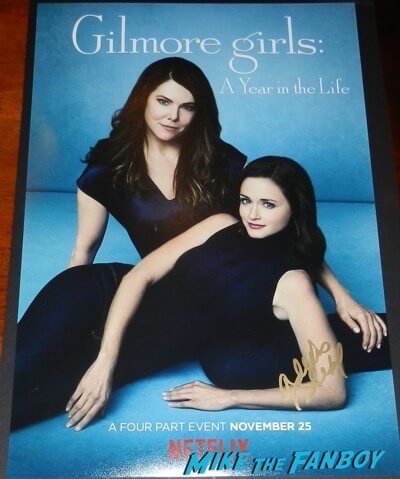 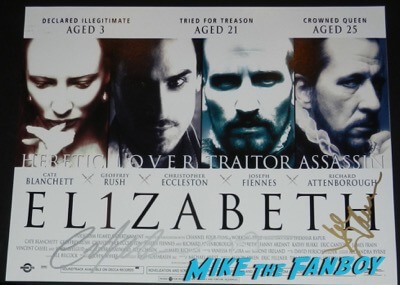