Welcome back to yet another rousing rendition of TTM Tuesday. Last week I talked about my chance encounter meeting the one and only Mel Brooks back in 2000. Today, we are going back to 1999, but first to 1989- December to be exact.

A new cartoon hit the airwaves that was the first of it’s kind.. Yes, I am talking about “The Simpsons”. It didn’t take me long to become hooked on the funniest show I had ever seen (remember this was ‘89.. We had 4 choices- NBC, ABC, CBS and FOX). I started collecting Bart Simpson anything.. Hats, stickers, toys, clothes- you name it. Across the nation it was Simpsons mania!

Fast forward 10 years later. While I still enjoyed the show, I sadly did not keep any of my Bart memorabilia. Come to think of it, I am pretty sure one of the neighbor kids “borrowed” most of it. There was a conference we used to have in Portland called the “Portland Creative Conference”- it was pretty low key but featured some amazing, amazing speakers. The 1999 conference headliner was none other than Simpson creator, Matt Groening. I was pretty stoked because I had always wanted his autograph but heard he could be hard to get.

It’s early in the morning and Matt is scheduled to speak in the afternoon. There are some great speakers on the main stage but the view from the main floor of the auditorium is lousy. I go up to balcony 1 and it’s pretty full. I go up to the 2nd balcony and it’s relatively empty. It’s like 10 people.. Me, a couple random people and Matt Groening. Wait, what! It can’t be. What is he doing up in the second balcony? I am assuming he wanted to watch the show and be as far away as possible from the crowds. I approached him quietly and asked for an autograph. He could not have been nicer- he asked for my name, and drew this Bart Simpson caricature.

That moment meant the world to me and is something I will never forget. I’ve kept it in my autograph binder perfectly flat and protected all these years. See- you just never know when lightning will strike. Speaking of.. Some of your favorites have been signing away recently, so get out your pens and get to writing, because this week the stars are aligned: 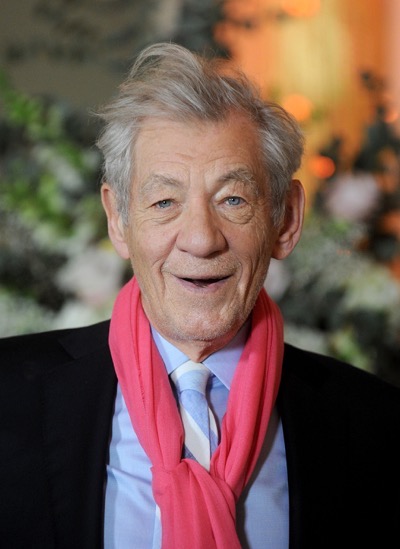