Hello once again Autograph Hounds!  Thank you for coming back and checking out this weeks list.  Boy, I tell ya, I have mad respect for ACE and Troy.  This list isn’t easy to write at times.  So many people follow this page, collect ttm, to get a list that will not only please the masses, but to also share addresses that will bring a success isn’t easy to do.  I am grateful once again to be able to write this weeks list and I truly hope it brings something to the mailbox for each and everyone reading.

With that being said, this weeks list was inspired by a fellow collector on Instagram.  For those of you that use instagram, he is a must follow. Not only for great ideas, but he is very kind to respond to people on his own time to share addresses with others.   A RARITY in this hobby.  So this week, my first, a huge shout out to Delongshotsignatures!

This weeks Theme, I think, is some pretty cool signatures to add to the collection, and personally I will need to write out a few myself this week….. Sports Commissioners!

Its August, so baseball is in its final months leading up to October playoffs.  This first baseball commissioner took over the Head of Baseball operations in Sept, 1989 after the death of Bart Giamatti.  Before Baseball he was the chairman of Columbia Pictures, and Vice chairman of Coca-cola

This next Commissioner took over baseball operations in 1992.  His first big change in baseball was introducing the wild card game and Divisional playoff play.  He was also the first commissioner that represented MLB in the 1994 strike and cancelled the world series, which was the first time the world series wasnt played since 1904.

Taking over in 2015, our 10th and current Baseball commissioner joined MLB on a full time basis in 1998 as executive vice president of economics and league affairs.  During that time he helped MLB and the Player association develop MLBs first drug testing agreement in 2002.  In 2013 Bud Selig promoted him to chief operating officer, which then put him as a finalist to eventually become our current Commissioner.

‘Office of the Commissioner of Baseball

( you only have to send a LOR, he will send a signed baseball, and business card)

To the hard wood, this next commissioner came into the league the same yr as Micheal Jordan. Charles Barkley and Hakeem Olajuwon.  What a great first yr, RIGHT!!  He also help over see the NBA grow from 10 teams to 30 and oversaw the creation of the WNBA.

Newer to the Commissioner scene, this next and current NBA leader took over in 2014.  Before his take over he served 8 yrs as NBA deputy commissioner and previously served 8 yrs as President and COO of NBA entertainment and was executive producer of films Michael Jordan to the Max, Like Mike and Year of the Yao 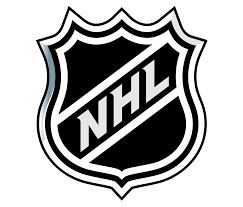 This next commissioner is new to the sport, as the sport had years of acting presidents but never really a Commissioner.  I guess adding a true leader to hockey, they had to be slow warming up to the idea… (ugh, I know that was terrible)

1185 Avenue of the Americas

Last but not least, we find ourselves on the Gridiron.  This next commissioner took over Football operations in 1989 after Pete Rozelle.  He first started out as a lawyer for the league, before finally being voted in by the owners to take over.  He helped the NFL expand from 28 teams to 32 from 1993 to 2002 by adding Charlotte and Jacksonville, relocating Cleveland to Baltimore, re-adding Cleveland and then in 2002 adding the Houston Texans.

Taking over in 2006, our last on our list and current Head of NFL operations, recently just signed a new contract with the league and not without controversy.  Love him or hate him in the last 12 yrs he has truly made some huge changes to the game.  He truly believes his primary responsibility is to protect the integrity of the game and to help make it safer for the players

While you are online searching, if you haven’t yet, go check out my Facebook page and Instagram as well

Until Next week, go get you some more stamps, Lets keep them post office workers busy