Home / NEWS • renewals and cancellations • Vikings / Renewals And Cancellations! Vikings Renewed For Season 4! History Channel Has Us Raiding Until 2016!

Vikings will be raiding again! The hit History Channel series will return for a fourth season The Wrap has reported!

History Channel announced the renewal today! There are five new episodes left to air in the current third season. The season finale will air on Apr. 23.

“’Vikings’ has raided the hearts of both audiences and critics, establishing itself as one of the most compelling, visually stunning dramas on television,” said Hoogstra. “We are so proud of our immensely talented cast and crew led by Michael Hirst, whose intriguing storylines and pivotal arcs have the perfect balance of scope, smarts and bloodshed to keep our loyal fans watching and wanting more.

So excited to see an early renewal for Vikings! Woo Hoo! 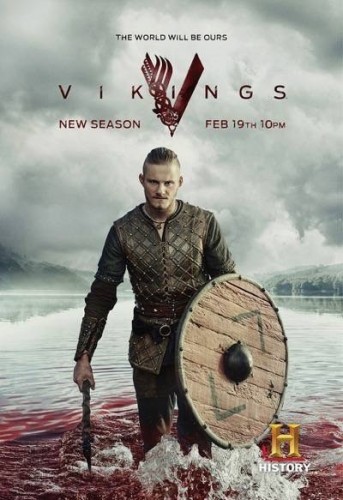