Home / Reviews • Vikings / Vikings Season Three Episode 8 Recap! To The Gates! The Battle For Paris Is On! Bjorn Is Down! Bloody Madness!

OMG, this episode of Vikings was a heart stopper! Seriously, we’ve already lost two major cast members and now not one, not two, but three were put in peril… Michael Hirst stop doing this to us!

We see the raid on Paris, and for once the Vikings led by Ragnar did not have success, but something tells me they’ll be back…

The episode opens with Floki having his own Tai Chi session (Viking edition) on top of a tower overlooking his master pieces. Everyone is scurrying about preparing for nothing but pure chaos. All hands on deck. Rollo gets all his Berserkers pumped up. Floki prepares his towers to be carried towards the Walls of Paris. However, Ragnar remains quiet taking his occasional glances at Athelstan’s cross as if he has his own plans with the little priest. He seems distant and detached from the rest only keeping a close eye on his son, Bjorn.

While Floki and the rest of the warriors go forward with a waterborne attack, Lagertha and Kalf lead an army of foot-soldiers towards the main gates. Lagertha makes sure she is up front leading the army. Feisty! Its Lagertha, can we expect anything less? She is so fierce and we really get to see the magnitude of her leadership.

Words can’t describe the pure insanity that follows. You need to watch it to believe it. My words won’t do any justice. If you are an adrenaline junky, this is the ultimate episode for you. I couldn’t even go to bed after watching the bloody madness. We get to see each character in a new light. Though he maintains his silence observing everyone, Ragnar even gets into the heart of the action eventually. Rollo, Floki and Bjorn are at the base of the towers commanding the warriors to climb up beside the giant wall. It’s like Viking boot camp. Bodies drop like flies as Frankian arrows rain down on them, but not a flinch from anyone. They charge head on to open fire. Floki keeps encouraging everyone to be fearless claiming that the Gods are watching over them. Viking warriors show no fear of dying since dying in battle seals their entrance in to Valhalla. 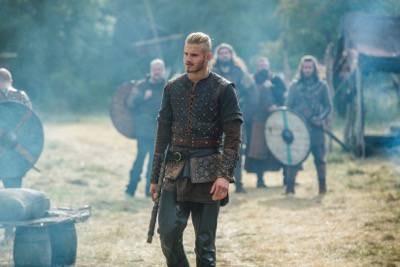 While they attempt to conquer the great wall, Lagertha and Kalf switch up their strategy to break down the massive main entrance to the city. After trying to break in the main door, they attempt to pull the door off its hinges. After some hesitation, Lagertha joins Kalf in his efforts to break down the door and lead the warriors together as a team. I guess she realized that he is not just a pretty face.

None other than Princess Gisla goes above and beyond to give hope and faith to her fellow men. She arrives at the wall to be right next to her soldiers in battle. God plays a huge part in this entire battle. We have to give her credit for her bravery and faith. Kudos to an awesome pep-talk. Princess Gisla truly makes a difference and turns things around for the Frankian soldiers. 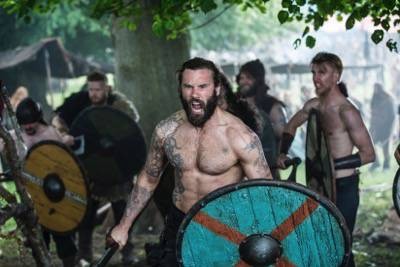 High on magic mushrooms Rollo slays his own men who showed fear and hesitation. Dam! Floki’s world comes crashing down when the Franks start burning the towers. His creations end up being gigantic bonfires turning into ash right I front of his eyes. A massive BBQ indeed. At that instance, fear stricken Floki ducks under one of his towers to hides himself. We get a glimpse of Ragnar’s not too pleased face.

Lagertha and Kalf finally yank the doors wide open just to witness a long empty tunnel towards the city. The sight took them by surprise, but the warriors started charging towards the entrance into the great city. Kalf knew there was something off and tried to stop Lagertha from advancing any further. It wasn’t long before a storm of arrows started whizzing their way. Not a surprise that the only way he managed to drag Lagertha away from the entrance was to knock her out cold. Someone is definitely in love. Lagertha totally owes him one. 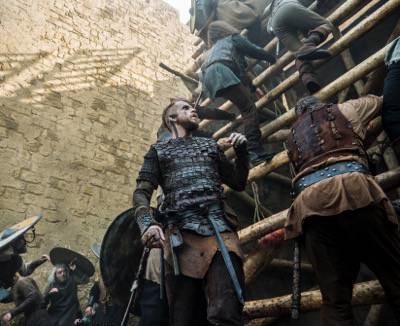 Ragnar is still part of the audience. After seeing all the bodies dropping, Rollo starts ascending over the wall and not far behind Bjorn follows him up the burning towers. That’s the only time Ragnar actually joins in on the action. Safe to say he was keeping an eye out for his son. Amidst all the chaos, Rollo and Ragnar catch sight of two completely different views, but equally mesmerizing. Even though it looked like the Lothbrok brothers could fight their way into the city, they knew when to take their exits. Both of jumped off as if they were crowd diving. Ragnar’s fall didn’t go as smoothly. Rollo and Bjorn really gave us a good scare. I had no nails left to bite at this point. Heart palpitations are no joke. 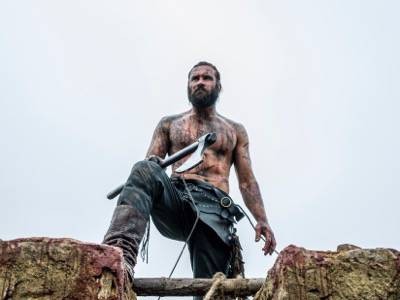 Meanwhile, still stuck inside a burning tower, Floki blames Athelstan for all the misfortune. Of course, blame the dead man who YOU killed! “Harsh are the Gods” Floki is having his own crisis and his God influenced creations did not stand a chance against fire. For the first time in his life, Floki feels completely betrayed and abandoned by the Gods and even makes a move at taking his own life. It is definitely not a pretty site.

Emperor Charles finally comes out of his rabbit hole to inspect the bodies piled up on his door step. “Now that I see them up close, they seem so much less frightening” Uh Duh! “Indeed, they appear almost human” Such a prick. The Franks celebrates their glorious victory. Princess Gisla grants the emperor the credit for winning the battle. Not certain if she is actually sincere or has her own hidden agenda. 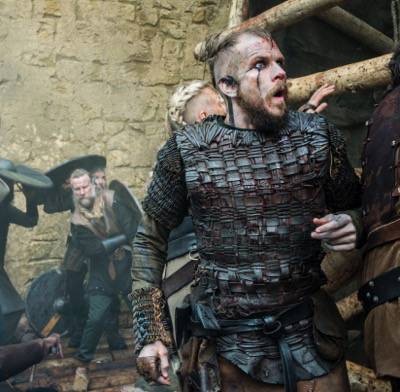 Back in Kattegat, Porunn goes on a sole searching journey leaving her baby Siggy behind. I guess Aslaug really couldn’t get through to her. Poor Bjorn. After being loyal and remaining beside her through her hardship, she ends up leaving him. Not cool Porunn.

The wounded are treated back at camp and Ragnar drags Bjorn’s lifeless body back to the tents. Lagertha arrives franticly to attend to her injured son. Bjorn Ironside finally met with an iron. To my surprise, Rollo walks in to the tent as if nothing happened to him. Both Rollo and Lagertha questions Ragnar for letting Bjorn climb the walls. Ragnar claims, “He was proving that you don’t need a title to be a leader. He is a man. Let him be one.” Dam straight! Safe to say that Bjorn finally regained his father’s respect. They did not accept defeat. It was merely seen as a simple set-back. They are determined to attack yet again. 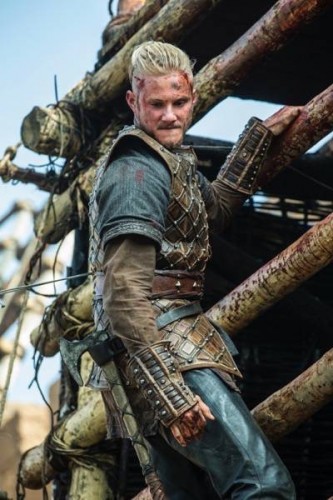 Oh Floki, Karma is a bitch! He isolates himself from the rest in shame. He blames himself for all the destruction. Helga finally calls him out on his selfishness; “You don’t think about anybody else, but yourself”. As if he weren’t feeling alone, Floki just lost the one person who truly loved him completely.

Seriously, how hot is Lagertha? She is so hot that Kalf still wanted to be with her after she revealed her intention to kill him one day. Yup, that was her one condition. Let’s enjoy each other’s company, but I will kill you later. Such a Black Widow! Kalf hit home run immediately after getting to second base. 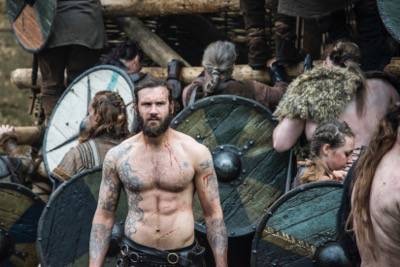 The episode concludes with Ragnar speaking to Athelstan. I guess his late night sessions with the Gods got the boot. He still seeks Athelstan’s council. Ragnar questions, “Do you think I went too far with Floki?” “If I was him, I would worry less about the Gods and more about the fury of the patient man” Snap! Ragnar was willing to sacrifice all those lives just to teach Floki a lesson. He is a man on a mission. A mission to invade Paris and get vengeance. This war is far from over and it’s safe to assume that the Vikings will definitely return with more will and rage. “Not the living, but the dead will conquer Paris” The Seers words might actually come true. Only one way to find out.

Until next time, hold on to those shield walls. Happy Raiding!