Home / Conventions • Cosplay • The Lovely Erica / Where will you be a year from now? In Atlantic City for AC Boardwalk Con!! A new con for fans to gather and play!

A year from now we’ll have the debut of a new con focused on the fans! Atlantic City Boardwalk Con (ACBC) will have its inaugural year with a focus on cosplay, comics, gaming, fantasy and horror — in short, all kinds of fandoms! This is going to be the largest independent con on the East coast and its run by a bunch of folks who really know cons and what fans want! 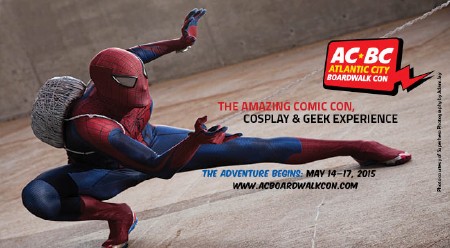 For the cosplayers, there are going to be tons of interactive classes and demonstations. If you want to up your cosplay game, you can attend all sorts of classes to give you ideas and solutions. Talk to professional costumers and SFX artists on how they do stuff. Drop by the workshop rooms where you can borrow sewing machines or paint or glue guns or whatever you need to finish off your outfit! There will also be some awesome backdrops for some fabulous cosplay photos!

For the comics track, there will be sketch demonstrations and drawing classes with artists at the top of their game. There will also be lots of comic guests (like AC Boardwalk Con on Facebook to keep up-to-date on who’s coming).

There will also be lots of media guests from TV and film…it’s all hush hush right now, but I think you’ll be pleased on the guest list!

AC Boardwalk Con will also host nightly parties and, on one night, they will host a reading by a top Medium so here’s your chance to talk to Elvis!

And guess what? Because it’s one year from now, they are offering a huge deal this weekend – 2 passes for the price of one! This 3 day pass BOGO special also includes a whole bunch of bells and whistles including a limited edition pin, a speed pass (special short lines for panels AND some vendors), and a celebrity autograph. Seriously!

So head over to AC Boardwalk Con and mark your calendars for a year from now!
I’ll see you there! 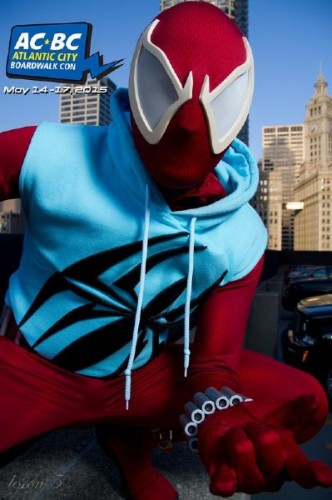