Home / NEWS / Why Didn’t Anyone Watch Don’t Trust The B- In Apartment 23? It’s Awesome! And Streaming On Netflix!

Okay, after years… Well months of prodding I finally sat down and watched Don’t Trust The B- In Apt 23. And like so many shows before it, the series was cancelled way before it’s time. Starring Veronica Mars Alumni Krysten Ritter as the ubiquitous Bitch and Dreama Walker as June her new New York-ized roommate, Don’t Trust The B- was one of the funniest and most exciting series of the past few years.

Over the top and fun, Don’t Trust The B- also starred James Van Der Beek playing an exaggerated version of himself. The cast was pitch perfect, Krysten Ritter is the picture of the crazy roommate that you love to get frustrated with. Dreama Walker as June, is great as the wide eyed midwesterner who discovers her backbone slowly. The real piece of the meta pie is James Van Der Beek who goes from Dancing With the Stars contestant to Japanese commercial star to acting teacher.

The question really is… Why didn’t more people find this series while it was on the air? And I ask myself that question, because I’m one of them. there’s a lot of television shows on the air, and it’s really hard to rise above the clutter, I get that. Plus, the concept might have been hard for mid western america to handle or understand. It’s a major city show, set in New York… I think a lot of things explored in the series could really only be understood by people in large cities. 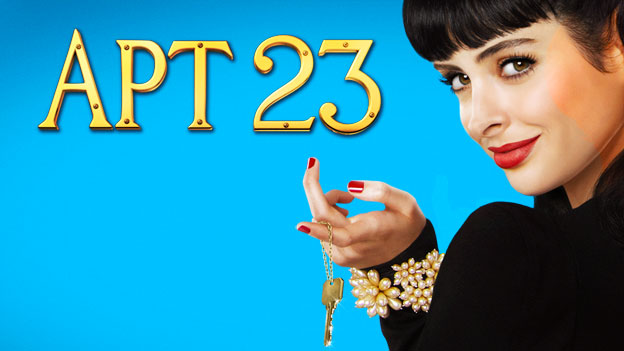 Still, the series is so well done, I still suggest you look it up. The entire series was finally released as a video on demand title on Amazon.com but you can (re) discover the series on Netflix which now has the full series available for streaming.

It’s one of televisions undiscovered gems, that’s worth the time to check out. 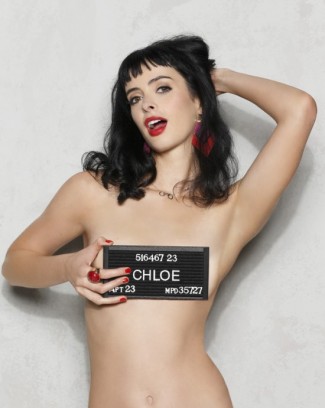 Take it from the Fanboy, check out Don’t Trust The B- In Apartment 23!