As you guys know, everyone at MTF are huge X-Files fans, and I’m super excited that The X-Files event series is coming to Blu-ray!

Along with the new episodes, which I’m hoping are not the series last, FYI! The X-Files is releasing a complete series set with all the new content!

Plus, there are awesome bonus features including audio commentary with David and Gillian! Swoon!

Check out all the specifics below! 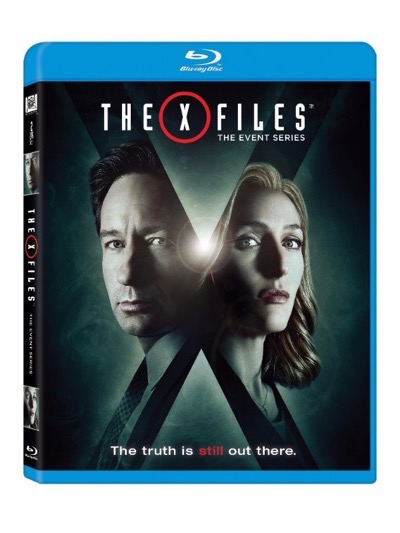 “The X-Files” – The Event Series
Almost 14 years after the original series run, the next mind-bending chapter of “The X-Files”™ is a thrilling, six-episode event series from creator/executive producer Chris Carter, with stars David Duchovny and Gillian Anderson reinhabiting their roles as iconic FBI agents Fox Mulder and Dana Scully. Mitch Pileggi also returns as FBI Assistant Director Walter Skinner, Mulder and Scully’s boss, who walks a fine line between loyalty to these investigators and accountability to his superiors. This marks the momentous return of the Emmy®- and Golden Globe® Award-winning pop culture phenomenon, which remains one of the longest-running sci-fi series in network television history.

“The X-Files” – The Complete Series Blu-ray Boxset
Now for the first time on Blu-ray™, “The X-Files” – The Event Series and the original nine seasons of this electrifying show can be yours to own! Assigned the FBI’s most challenging cases, special agents Fox Mulder and Dana Scully (Golden Globe® Winners David Duchovny and Gillian Anderson) face terrifying danger and bizarre phenomena as they struggle to unravel deadly conspiracies and solve paranormal mysteries. While Mulder grapples to comprehend the paranormal in every case, Scully seeks to solve their mysteries through science alone. As the series progresses, secrets about a vast and horrifying conspiracy unfold, culminating in shocking revelations about aliens, the U.S. government, and humanity itself in the exhilarating The X-Files: The Event Series. Featuring over 25 hours of thrilling extras, including documentaries and commentary by creator Chris Carter and the production team — as well as special effects sequences, deleted scenes and an in-depth look behind the scenes of The Event Series — this collection is a must-have for any fan of the truth! 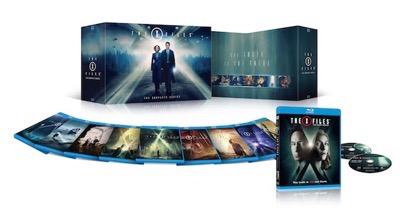 “The X-Files” – The Event Series Blu-ray & DVD Special Features
Deleted & Extended Scenes
Gag Reel
The Makings of a Struggle
Season X: An In-Depth Behind-the-Scenes Look at “The Event Series”
Monsters of the Week: A Recap from the Wildest and Scariest from the Original Series
“The X-Files” – Green Production PSA
Short Film – Grace by Karen Nielsen
Commentary on “Founder’s Mutation” with Chris Carter and James Wong
Commentary on “Mulder & Scully Meet the Were-Monster” with David Duchovny, Gillian Anderson, Kumail Nanjiani and Darin Morgan
Commentary on “My Struggle II” with Chris Carter and Gabe Rotter