Home / Ace • Fanboying! / Ace Lands On The 3rd Rock From The Sun! John Lithgow! Harry And The Hendersons! Shrek! Autographs! And More!

What’s up autograph fanatics! Ace here with my recap of meeting John Lithgow

Anyone who is a close personal friend knows that I admire John Lithgow and all his movies. One of my favorite movies growing up was Harry and the Hendersons. I had the trading cards, laserdisc, VHS, and several other things of the movie.

Therefore, of course, when my group of friends headed out to see if he would sign a few things at a stage performance in a nearby city, I could not miss the opportunity.

I have gone to several of his premieres and other events where he was a guest before, but unfortunately he didn’t sign.

Regardless, we arrived several hours before the official event started. We assumed he would have to prep before getting on stage. Possibly, a sound check of some sort. Initially, I thought we were not going to make it. Sure enough, it would be another hour before he showed up.

It was the common anxiety that comes along with any graphing adventure. Is this the car? Is that him? Of course, most of the anxiety stems from me. I knew he had a beard because of the upcoming King Lear performance in New York. Therefore, I saw about three John Lithgows during the course of the wait.

Eventually, this beautiful SUV-like limo rolls up to the entrance. They pull into the driveway. The event coordinators are anticipating his arrival. They open the door and it is a moment of climatic suspense. He eventually places his foot out of the limo before we call his name. He greets the coordinators and for a brief second it look like he was not going to acknowledge us.

After we called his name for a second time, he tells the two organizers he is going to sign for us. We approach closer to the threshold and he starts signing for us. While he claimed he was doing two per person, he did a third one for a few of us who asked. I was kind of in shock, but in a good way… He was so nice and remarked on a few of the items as he signed them. 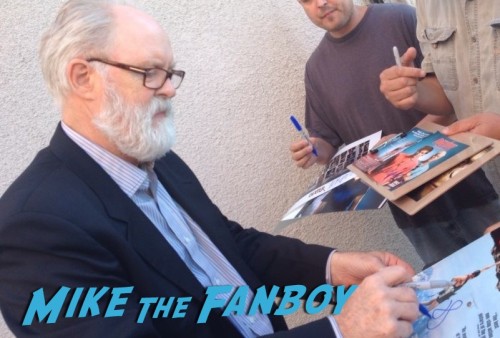 My two main pieces were my Harry and the Hendersons laserdisc and my Twilight Zone: The Movie mini poster. Both were graced with his signature and I was pretty happy about just meeting him. 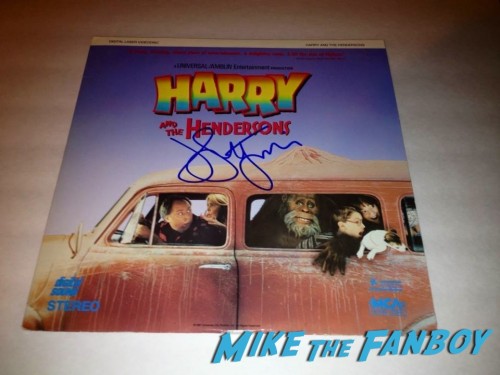 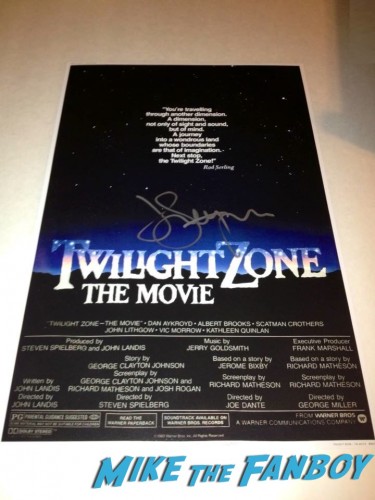