Scotty did a really quick recap about missing Angelina Jolie… What… Three times now! LOL… It’s so odd, because Scotty has great luck with say Shirley Manson… While I have been dissed by Shirley so many times this year. Scotty walks out his front door is like, “Hi Shirley, can you sign my stack of stuff?!?” She’s like sure! Me, I wait hours and get blown off… Grrrrr…

Where Scotty didn’t have a lot of luck is with Angelina Jolie.

His first Diss was at the Salt premiere. Scotty was to my left and she signed for the guy next to Scotty, looked at Scotty and went and skipped him totally. All he had was his Gia DVD cover! Now, I got Angelina on my Mr. and Mrs. Smith mini poster and my Wanted mini poster as well. Doh! 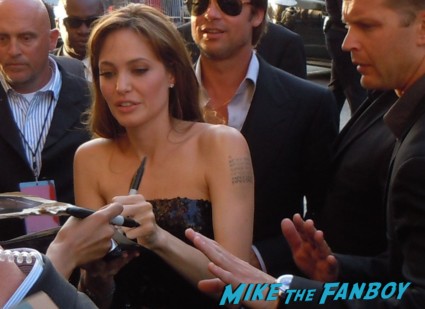 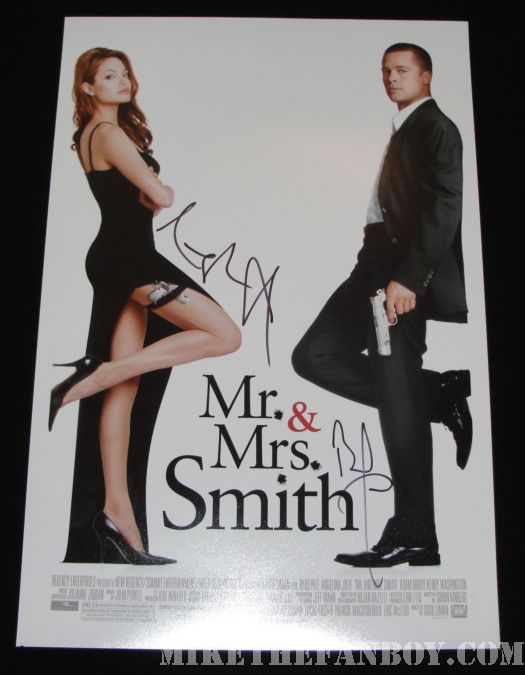 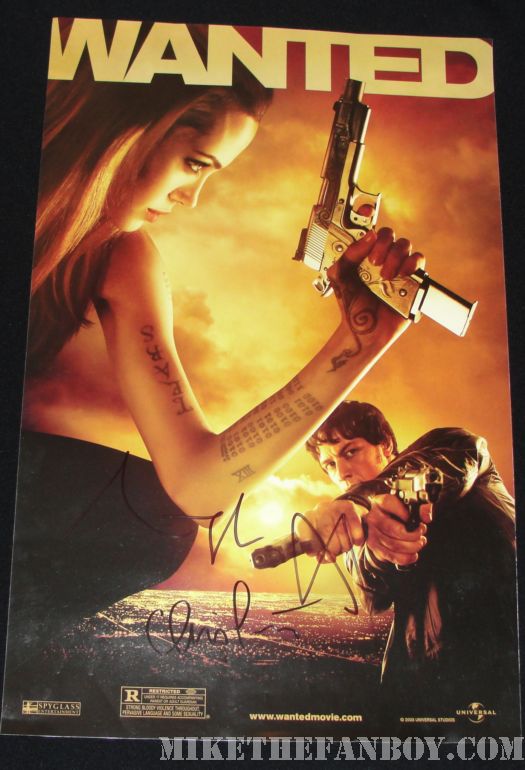 Then Scotty headed to the In The Land of Blood and Honey Premiere where Angelina Jolie didn’t sign. Apparently she signed in the back after the party but Scotty left ten minutes before. Doh!

Of course Scotty was in New York for the Kung Foo Panda two premiere which was glorious.

And finally, there was a directors q and a seminar for Foreign language directors and Angelina didn’t sign there at all. Triple Doh!

You can see his full recap of Angelina Jolie fails… And of course World War Z premiere… New York! Ugh!

I cannot get one of the best signers in Hollywood. I am staring to take it personally. Ha ha! I know it will probably happen one day. Until then, I will have to enjoy the photos I have taken of her. I have now missed her at the premiere of “Salt,” 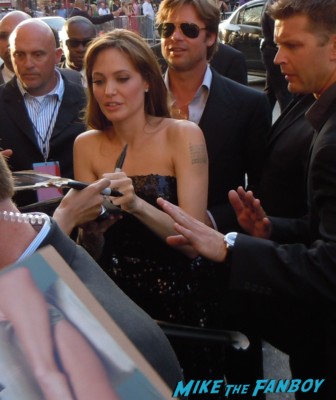 the premiere / after party for “In the Land of Blood and Honey” (had I only waited another 20 minutes – ugh!), 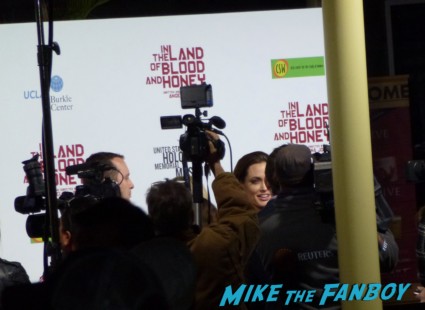 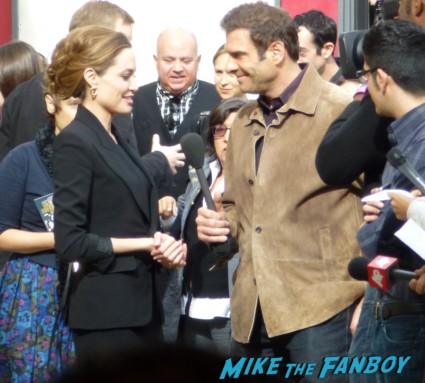 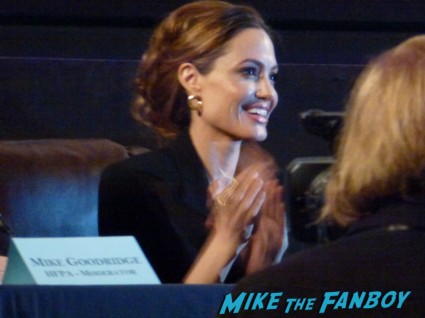 I am looking forward to a Maleficent premiere!

My best goes out to Angelina for a full recovery from her surgery.