I’m so sad, and in shock. I just learned that Star Trek star Anton Yelchin has died suddenly from a freak car accident.

I mean, I was lucky to meet Anton on more than a few occasions and the guy was the nicest man. Like, super humble and cordial. There was even a time when I dropped my camera as we were taking a picture together and he waited to make sure it was okay because he felt bad. He was that cool.

And I have to tell you, he was such an amazing actor. Besides rocking the Star Trek movies, he was in Like Crazy which I thought was amazing and Fright Night, which script issues aside, I thought was a lot of fun.

Man… My heart just goes out to his family.

I’m reposting the last time I met Anton Yelchin below, you can see how awesome the guy was.

When I heard that Anton Yelchin was going to be doing a q and a, I really wanted to go, but I was going to be at Wondercon, I thought that maybe there was a chance to head down there after, but you never know.

I called Scotty and thankfully, I got home in time and headed down. The film is 5 to 7 and also stars Bérénice Marlohe.

Both stars were going to be there for the q and a, so all we had to do was wait.

It wasn’t long before Bérénice Marlohe showed up. So nice, I didn’t have anything for her but she signed her life away for sure. The funny thing is, she took an Uber car to get to the theater. 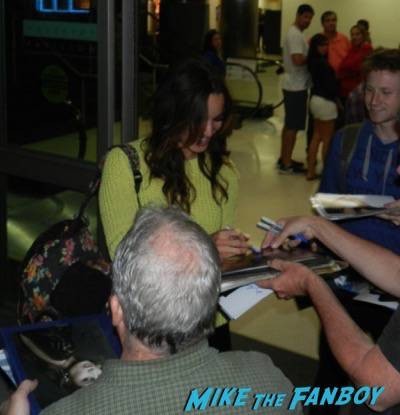 After she went in, we waited for Anton. Scotty had a Like Crazy mini poster and I had all my Star Trek mini posters. Man, getting that full cast is hard.

We waited and waited for Anton. After a while I figured that we missed him.

But then he came sprinting past, running super late for the screening.

So, at least we know where he’s coming out.

We waited and waited again. I feel like half of the time in this hobby is all about waiting.

Just as I thought Anton Yelchin had left another way, down the escalator he came. Can I tell you how nice Anton Yelchin is? So cool. He signed everything people had, was chatting and just chilling out.

Then, I was started telling him how much I liked Like Crazy, I went to shake his hand and BAM. The camera strap broke and the camera fell to the ground. SHIT! 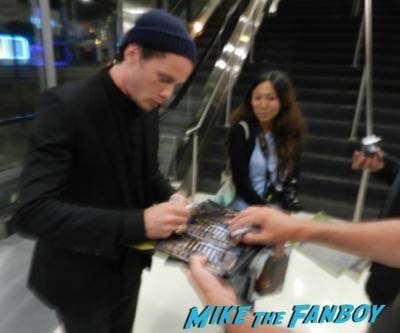 Anton Yelchin, felt so bad, he was like. Oh no! And the two of us checked the camera to make sure it was okay. I kept telling him it was fine, and said, “No, it’s a really nice camera.” 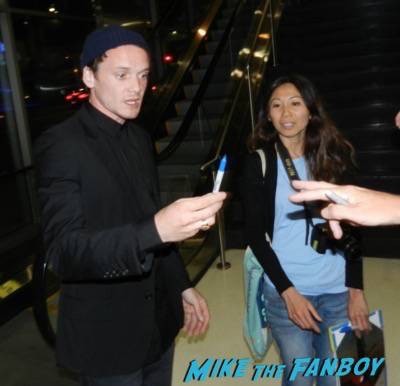 Eventually, the camera came back on and all is right with the world.

It was a fun night and I’m super excited! 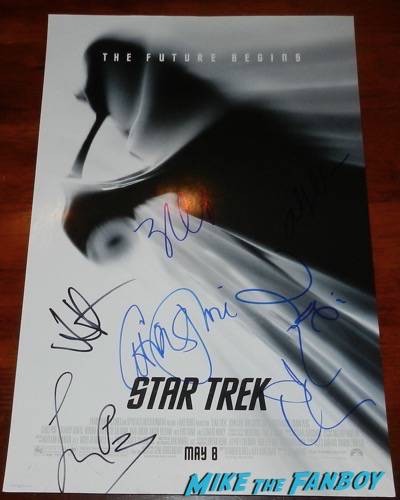 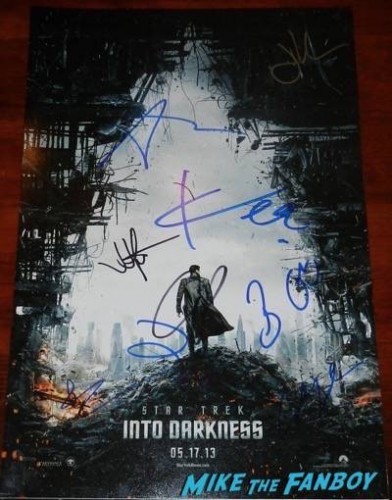 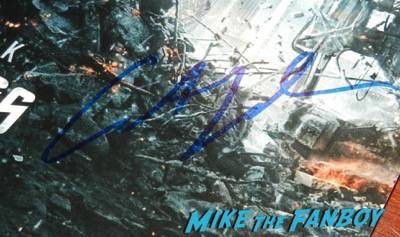 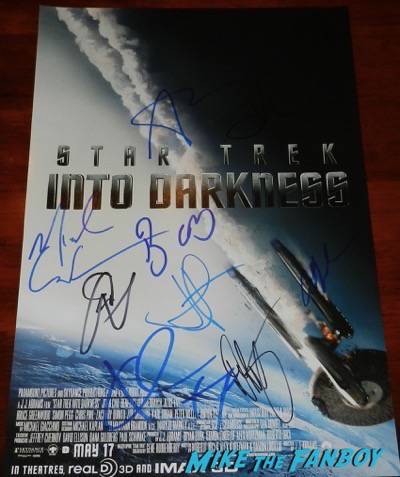