This week there are some fun things.

First off, we have Astronaut Buzz Aldrin who has signed books available.

On July 20, 1969, Buzz Aldrin, along with crewmate Neil Armstrong, made history as they placed humankind’s first steps on the moon.

Now, in The Return, written by award winning novelist John Barnes, Aldrin offers a compelling novel about the opportunities and dangers that confront us today-and shows why we must, and will, seize the challenges before us. 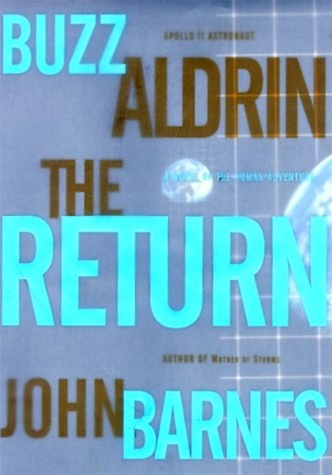 When a tragic Shuttle accident kills a world-famous basketball player on his trip into space, a trip that had been planned as a PR coup for the space program, former astronaut Scott Blackstone is out of a job. Worse, he and his “Citizen Observer” program are vilified in the media, and he’s being sued for a billion dollars. His older brother, Nick, research chief for a major aerospace firm, persuades Scott’s estranged ex-wife, Thalia-a top-ranked attorney-to take on Scott’s defense. Gradually, it begins to appear that the “accident” might not have been an accident at all.

Meanwhile, as long feared, India and Pakistan go to war-and, worse, Pakistan deploys a nuclear device high in the upper atmosphere, putting the crew of the orbiting International Space Station in iminent danger of destruction by radiation exposure. While the world’s space vehicles are grounded by the radiation storm set off by the detonation, only a few weeks remain to rescue the crew, and there’s no known way to do it. Save, perhaps, for a secret project of Nick’s…

The Return is a story of outsized characters, global crises, and big, daring ideas…and-as told by Buzz Aldrin-it carries a ring of truth. He’s been there. He’s done that. And he’s already helped change the world.

In this wonderfully evocative volume, Jimmy Carter writes about the things that matter most, the simple relaxed days and nights that he has enjoyed with family and friends through the years and across the generations. 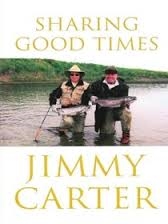 Here are lively, witty accounts of exploring the outdoors with his father and with black playmates; making furniture; painting; pursuing new adventures and going places with children, grandchildren, and friends; and sharing life with his wife, Rosalynn.

Finally, alt-rockers the Flaming Lips have a new album coming out and they are putting a bunch of cool stuff up for pre-order! There are signed CD’s (only a few left) and signed posters, etc…

We’re more than excited to announce our new record, ‘Oczy Mlody’, which will be officially released on January 13th, 2017 (Wayne’s Birthday)!!! 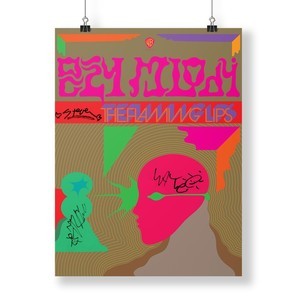 Through this pre-order on PledgeMusic, you’ll have access to exclusive items, like the new album on SIGNED Double Purple/Orange Vinyl, Handwritten Lyric Sheets of your favorite Flaming Lips song, SIGNED Test Pressings and more. Limited numbers are available so grab them while you can!