We now have our final bit of major casting news for Outlander season 2! Starz has finally announced who will be playing Brianna!

The Starz casting office must be on overload with all the news today, but this is the announcement fans have been asking for since season 1 ended! If you’re new to the series and haven’t read Dragonfly in Amber, then know that she is a major character and then stay away from all the news because SPOILER ALERT! 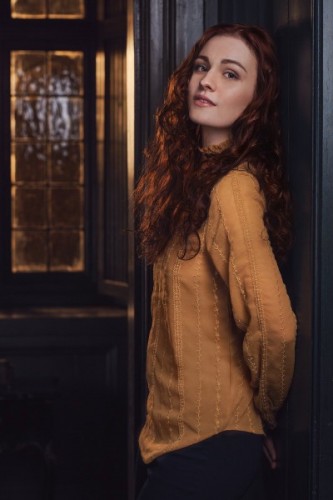 What do you think?  She’s English and the majority of her credits are TV so many in the US probably aren’t familiar with her work. To get very technical, she’s a little short for Bree since Sophie is a smidgen shorter than Caitriona Balfe at 5’8″ and not quite 6″. Also, with brown eyes, she’s technically a mutation since her parents have light colored eyes, but that’s a minor quibble really.

Mostly it’s a relief to know the final and really important pieces of Dragonfly in Amber are coming together!

Now for that pesky premiere date announcement we’re all waiting for! If Outlander starts right after the excellent Black Sails, then we have a little over 2 months to go!