Can I tell you how much I love Bruce Campbell! He’s awesome! And with his series Burn Notice now in it’s final season, it’s a great time to look back on the adventures of Michael Weston and his pal Sam.

Season six just hit shelves on DVD and The Lovely Erica has taken it for a spin.

It’s that time of year where all the popcorn movies show up at the movie theaters and vacuous TV shows fill the networks to pass the time until the good stuff starts up in the fall. If you look hard enough, however, this is still some decent TV to be found.

Case in point: Burn Notice is the TV equivalent of a summer popcorn movie. Mix a bit of a mystery, spy thriller and MacGyver all together, and you get a fun and intriguing confection for the summer. I started watching the show when it first came on years ago, but haven’t kept up. Burn Notice is now in its seventh and final season on USA so I caught up a bit by watching season 6 DVD. Every show needs to evolve a bit from the first season – the actors settle into their characters, the writers figure out what works and doesn’t work for the show. This is true for this show which is a slick and fun spy thriller. 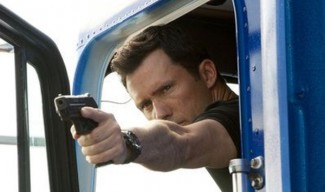 The story focuses on Michael Weston (played by Jeffrey Donovan), a disavowed CIA agent who is trying to clear his name since the CIA sent him his burn notice. He’s aided by a host of folks in the espionage business including his girlfriend Fiona (Gabrielle Anwar), pal Sam (Bruce Campbell) and Jesse (Coby Bell) and occasionally his mom (Sharon Gless) and even his brother (Seth Peterson). 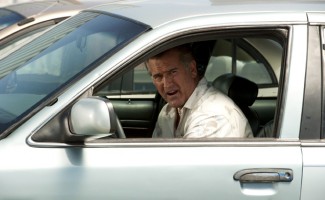 In season 6, Michael is still on the quest to clear his name, but he is often sidetracked with short-term missions — usually in the form of doing a favor for someone so he can move one step closer to being free. There’s plenty of explosions and helpful Macguyver-esque tips on how to be a good spy. I’m now prepared to lose a tail or out-maneuver someone if I ever get in a high speed car chase, but then again, I always seem to be stuck in traffic so perhaps I won’t get to press these great tips into action. Sigh! 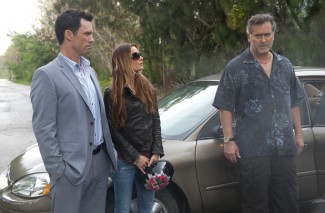 What’s really evolved for the show is greater depth of character since the gang is so tight knit and occasionally they fall into trouble. The season begins with Fiona in jail and the object of several assassination attempts and later Michael’s family will be thrown into the fray. It adds more drama and depth to these characters and makes for fun viewing for the season. 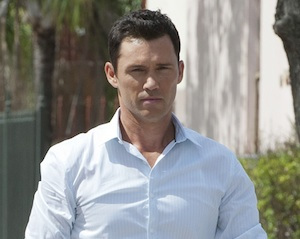 So Burn Notice may not be making the trek down to San Diego for Comic Con this year, you can always watch the show on Thursdays at 9/8 central on USA or catch up with the show on DVD through season 6. 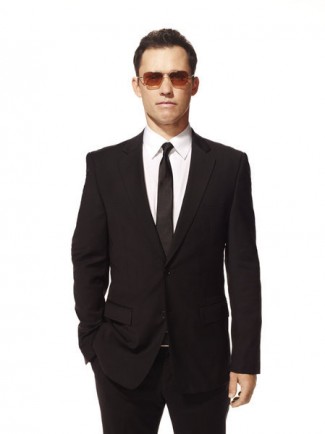 Special Features include the standard deleted scenes and gag reel. There is one awesome bonus feature titled “Matt Gets Burned,” which pretends that show creator Matt gets his own version of a burn notice while on production during the season 6 finale. There is one commentary, for the episode “Shock Wave” featuring Matt Nix, Jeffrey Donovan, Bruce Campbell and director Renny Harlin.

Burn Notice Season 6 is out now on DVD! 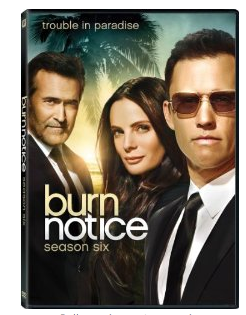