2016 can officially start now that C2E2 has kicked off the con season! This is a great con with a mix of TV, movies, comics, books, gaming and sooooooo much cosplay! 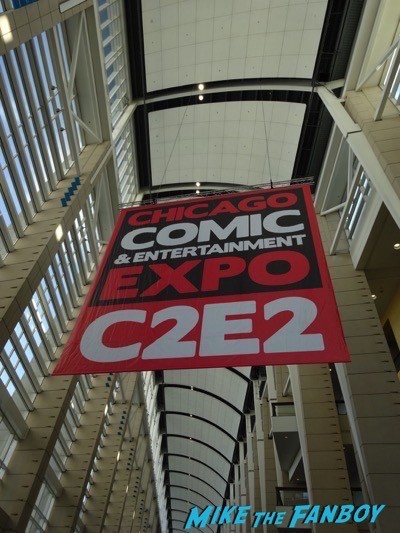 After the disastrous New York Comic Con Supergirl signing (which you can read all about here), I had to meet Melissa Benoist and Chyler Leigh to legitimize the lonely-looking poster. Both ladies were warm and friendly and fun. There is a camera ban for about a length of a football field so I have no pictures of the signing, but here’s my now-respectable poster as proof that I did see them! 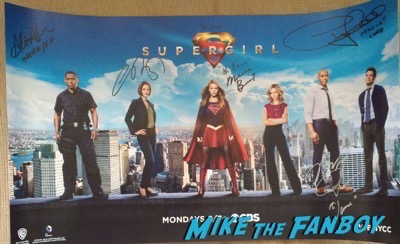 C2E2 also featured J August Richards and Chloe Bennet who, as a hometown girl, had her mom and 5 brothers around to cheer/embarrass her all weekend.

I also spent some quality time with the many authors who visited and you can read more about those adventures here. 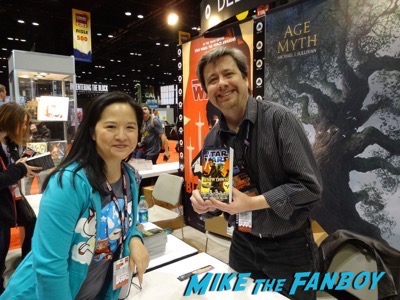 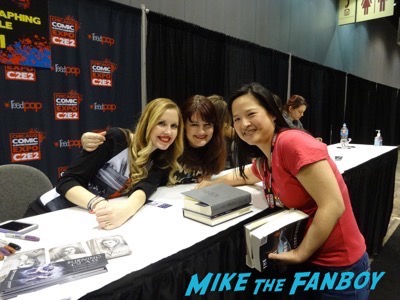 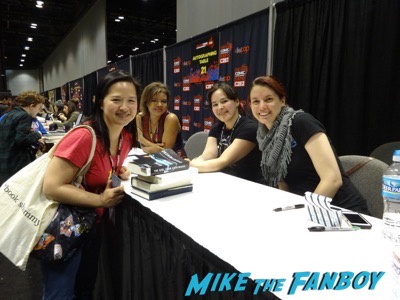 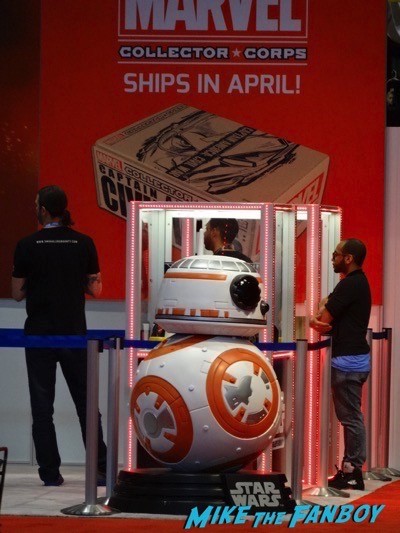 ….WETA who sold their merchandise and would also apply elf ears… 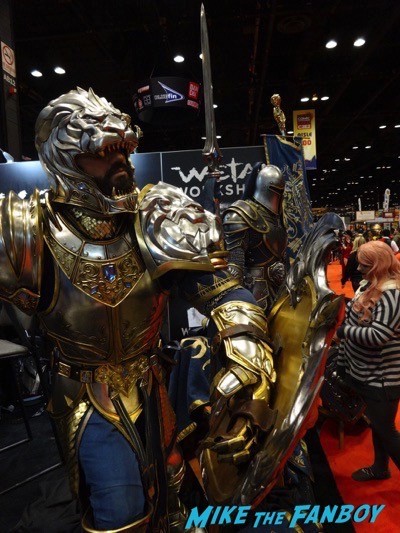 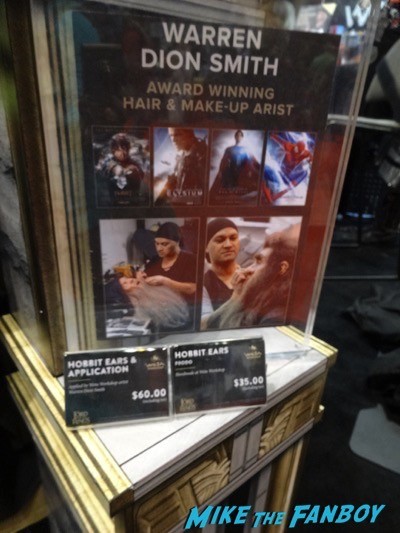 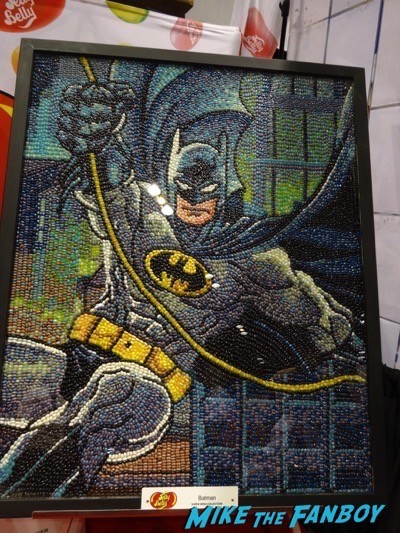 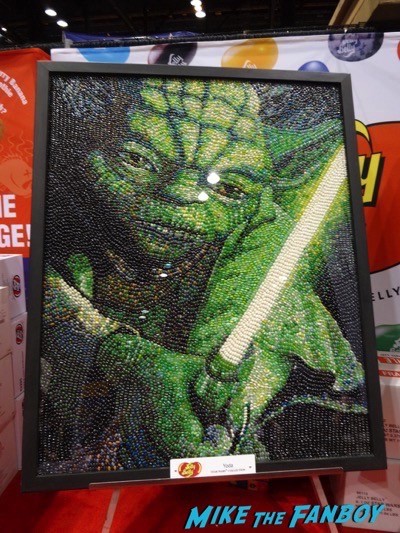 There were also some new cosplay-related booths including Simplicity patterns…. 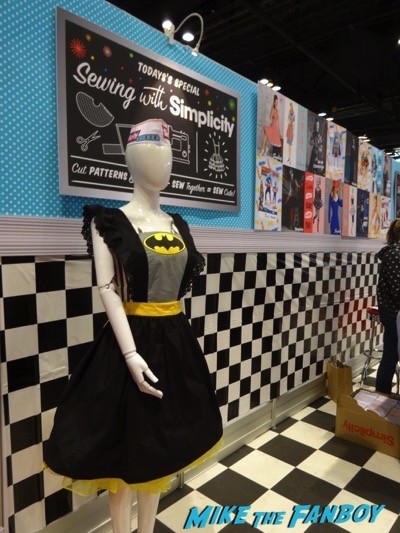 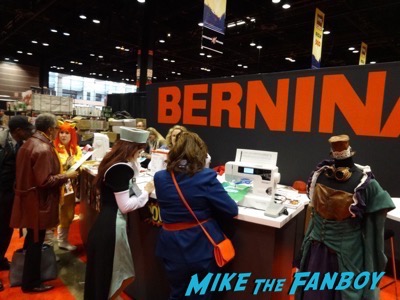 …and the Yaya Han-approved new line of cosplay fabrics.

Yes, everyone upped their cosplay game this past weekend! It’s always fun to see the costumes and the unique take on favorite characters. Sometimes you just have to wonder at the craftsmanship. Look at a couple of the winners from the Marvel cosplay contest! 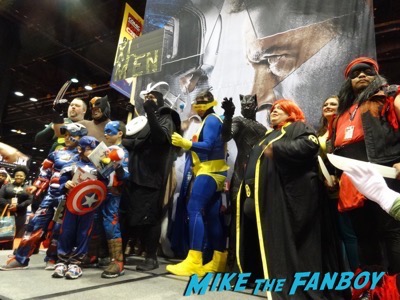 One of the winners, Spoon Loki got her name because, well just look closely at that armor. It’s made of 347 spoons! 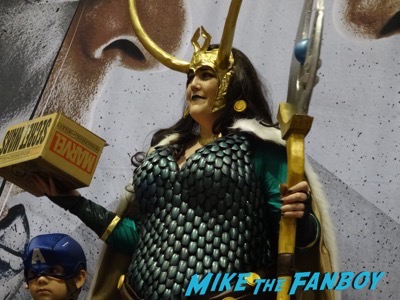 And this Black Panther was truly amazing! Completely handcrafted, it looked like leather with chrome-studded highlights. In actuality, it’s made of puffy paint. PUFFY PAINT! 300 hours worth of work and it’s just stunning. 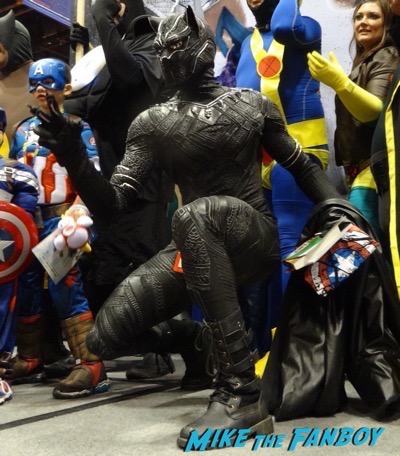 Why all the cosplay this year? Well, C2E2 also host the first INTERNATIONAL cosplay competition. Reed Pop runs C2E2, NYCC and other cons around the world in Australia, China, Austria, Singapore, Indonesia, India and more. Cosplay winners from the other conventions represented their region to be the grand prize winner of the 2016 C2E2 Crown Championships of Cosplay. The judges included Yaya Han, Ann Foley (Marvel’s Agents of S.H.I.E.L.D.), Leri Greer (Mad Max: Fury Road) and Stephanie Maslansky (Daredevil, Jessica Jones).

In the end, they crowned Australian Major Sam Cosplay as Julieta Necromancer as grand champion…

…with runners up including Wheeljack (Andres Bauer from Austria)….

All costumes were handmade which is just mind-blowing. 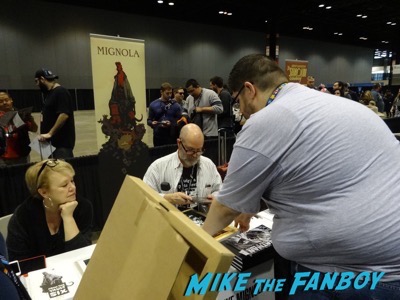 …and one of the most beloved X-Men writers, Chris Claremont. 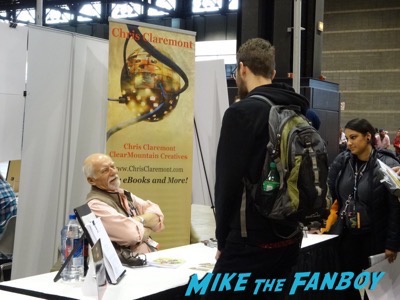 The Marvel booth hosted a ton of signings and, as a bonus this year, many of them doodled on the table top. This original artwork (Sharpie on quality plastics!) was then GIVEN out to fans during the Marvel Super Happy Giveaway Hour on Sunday. Yes, they gave out original artwork by Skottie Young, Art Adams, Mark Brooks and more! 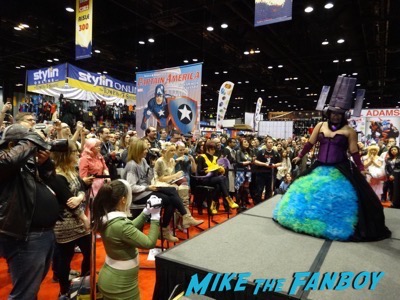 The one sort of glitch for C2E2 was the huge wraparound queue for a bag/weapons check before entering the exhibit hall. The safety check is fine, but a big pain since it meant 20 minute delays to get into the hall each time. I wish they put the check elsewhere so people could go back and forth to panels and avoid such long delays. But at least we had a local high school band to serenade us with the themes from Game of Thrones, Star Trek, the Imperial March and Time Warp as we entered on Saturday! 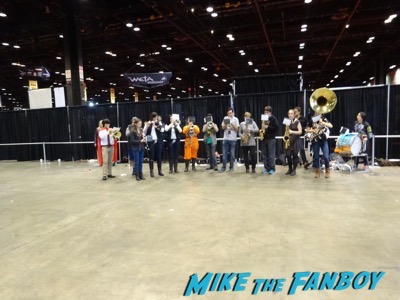 As always, C2E2 has a wide variety of things to do and just feels more personable than the other major cons. Next year they’ll be back on April 21st so mark your calendars now! 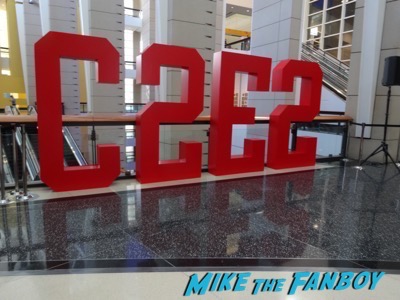