Wow, when CB says “This could be one of the greatest days of Fanboying he’s ever had” I have to take notice. And this actually jogged a memory I had where there was a 24 hour “24” contest and CB took off to try and win a DVD set missing out on meeting someone really cool, and for the life of me, I can’t remember who… I was there so it wasn’t someone crappy like Paul Walker or Andy Sandberg.

You can actually feel his enthusiasm in the write up. LOL, it’s like you just want to pat him on the head. I know how nice Kiefer is but I’ve never met him either… That’s crazy I know, but it’s true!

Anyway, I’m not going to babble on, check out CB’s report below!

NANANANANANANA, CB, CB, CB! WOOO! I am so excited for today because today can be one of the greatest days of fanboying I’ve ever had! Today, I am going for one of the actors from my favorite shows of all time, Jack Bauer! I am aware that his name is Kiefer Sutherland, but to me he will always be Jack Bauer! Man, Kiefer has been in some iconic movies and Young Guns is great, but I will always know him as Jack. I was hooked on this show. Every Monday i was glued to the television, never missing an episode. He was out promoting his new show on FOX, TOUCH. I’ve never met him and have always wanted to meet the man that has saved the world eight times in eight days. Everyone has told me he is very nice, but I still need to meet him DAMN IT! So today I took a shot to meet the man that doesn’t read books, he simply interrogates them until he gets the information he wants! Also, There has not been a terrorist attack in the United States since Jack Bauer first appeared on television. If Jack Bauer was a Spartan in the movie 300, the movie would be called 1.  Jack Bauer once forgot where he put his keys. He then spent the next half-hour torturing himself until he gave up the location of the keys All facts for the record!

Apparently Mother Nature must be working for terrorists because it was raining so hard today. I arrive and then sit in my car because its pouring outside. After thirty minutes. the rain stops and the sun comes out. Its such strange weather, but its good to know Jack Bauer is at work.  I’m quickly joined by another one of my friends and decide that I would rather take my chances with Jack here then at the premiere going on.  Like i said earlier, I’ve heard he is very nice so I’m hoping he does it on the way in so i can go home early. Sure enough, an hour later he arrives.

We call for Jack and he couldn’t be any nicer! 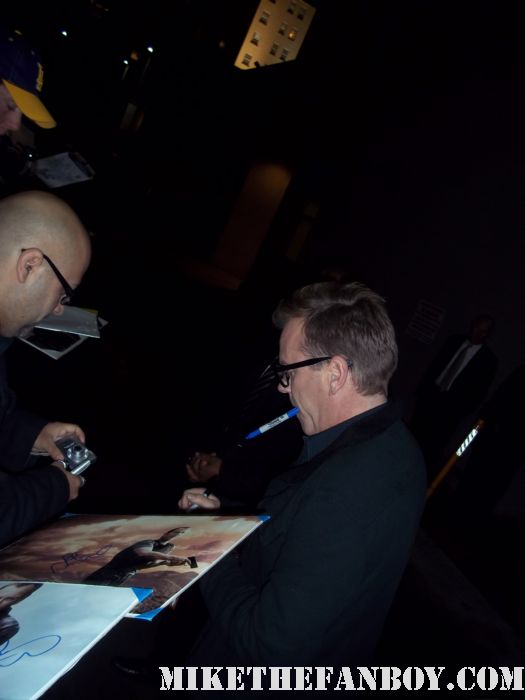 He signs my photos and switches up to a gold pen for my 24 Documentary Film Box Set. He is very cordial and switches pens if you ask him to. 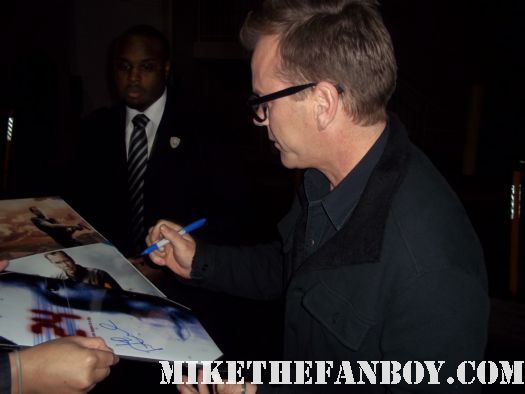 He keeps the blue pen in his mouth as he takes your pen to sign. 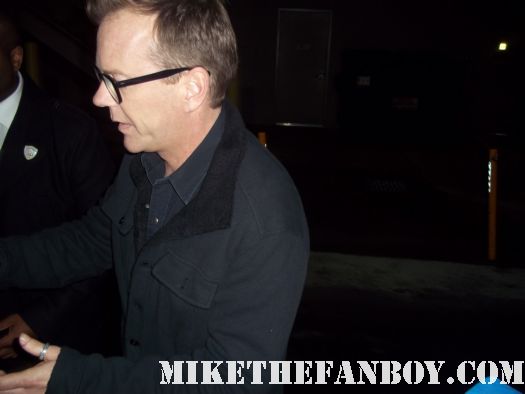 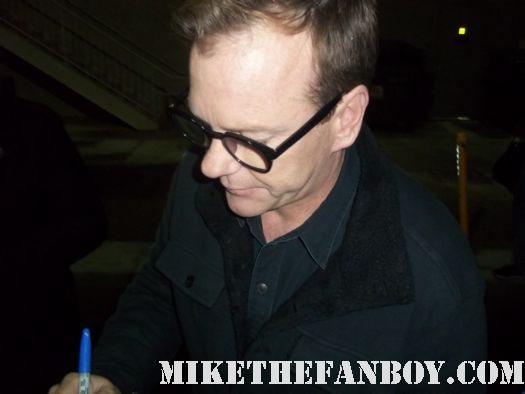 He does the entire line and then heads inside. I couldn’t have asked for a better moment meeting Jack. 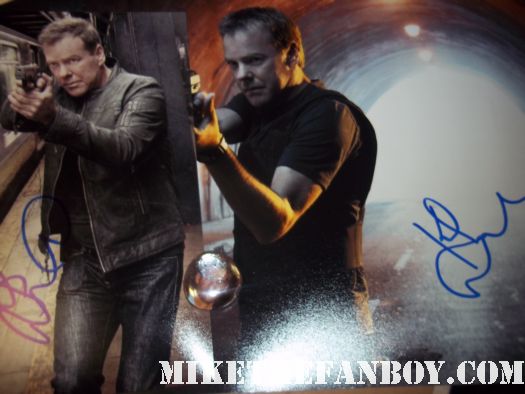 I will be a fan for life and will watch his new show and wait patiently for the new documentary film he will be filming following the life of Jack Bauer.  Until next time take, same CB hour, same CB channel, same CB BLog!!! KAAAAAAAAPPPPPPPPOOOOOW! 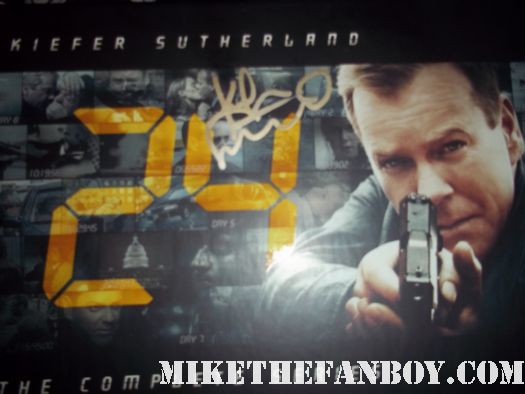