I just got this great recap from The 2012 Sundance film festival in my hot little inbox! Nope, it’s not Pinky! It’s from Chuck our man in Texas! Man, I’ll tell you, I think next year I might have to head down to the frozen tundra, just for Peter Jackson alone it would be worth it!

Plus, it’s always great to hear from Chuck, it’s been too long man!

So I got into SLC about 5pm on 1/19 and as soon as I got to the baggage claim area I saw Elijah Wood! I pulled my stuff out and was able to get him on my dvd cover and a photo. I met up with a friend and some dealers I had met last year, and over the next few hours I managed to get the following people on photos, dvd covers, and or a picture with.

Laura Prepon, Danny Masterson, Lizzy Caplan, James Marsden, Casper Van Dien, Emma Roberts and Mario Lopez. I finally got to my hotel around 12am and collapsed. 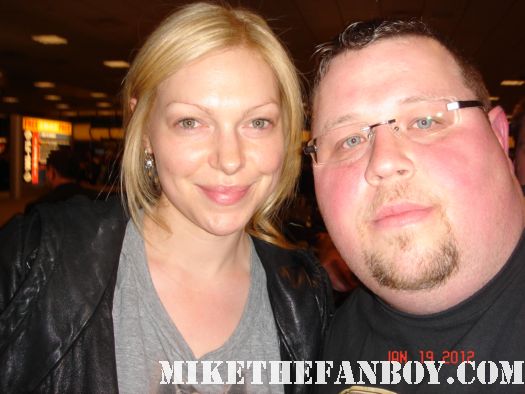 I got back up at 6:30 am and headed up to Park City. It snowed most of the day, but imagine my surprise when Peter Jackson showed up at 9am for a photo shoot. I pretty much had him one on one, and he signed my dvd cover and I got a picture with him. 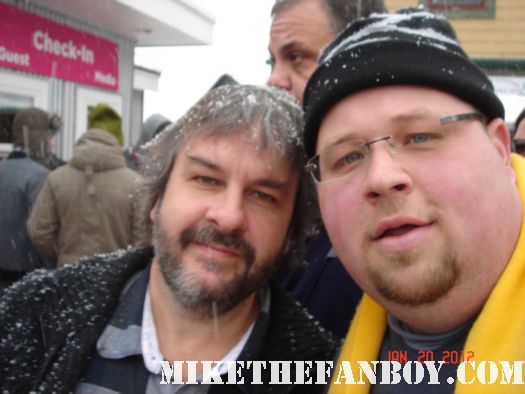 The day was slow until around 2pm, and I was able to get Anne Heche, Carry Preston, Blythe Danner, Edward James Olmos, Kevin Sorbo, Jesse Williams, Andie McDowell and Melanie Lynskey. 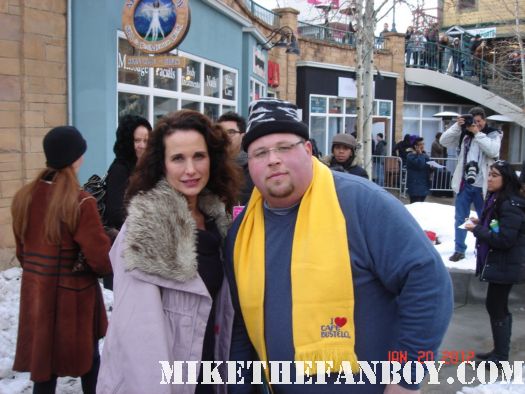 Went to a late premiere and was able to get Ari Graynor and Rashida Jones. Andy Samberg was a d**k and would not sign. I had a few choice words for him.

I also got Traci Lords, and Eric Roberts. By this time the wind chill almost cut me in half. I waited around for the last premiere and got Sigourney Weaver on a photo, and a poster for a friend. Got back to my hotel after midnight and collapsed from exhaustion again. 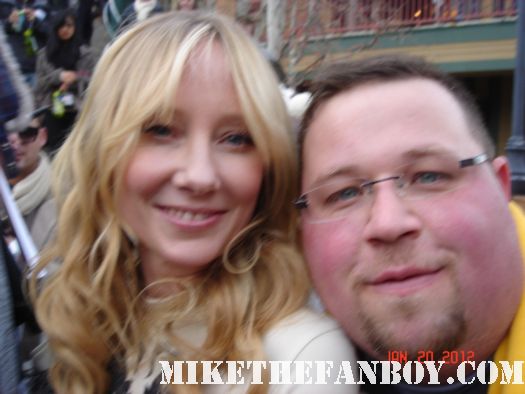 Saturday was a horrible day! It snowed and snowed. I saw several celebs, but was unable to get anything signed. I finally managed to get Mark Webber, and a photo with Frank Langella. I finally got Liv Tyler one on one, and a security guard cost me an autograph. Needless to say I had bad experience with him and combined with the snow it ruined my day. I left Park City and went back to the airport and was able to get RedFoo from the music group LMFAO, Kirsten Dunst and Common. I saw Drake, but he would not take a picture, and he signed a few things. I saw Sigourney Weaver leaving again, but she would not do pictures either. 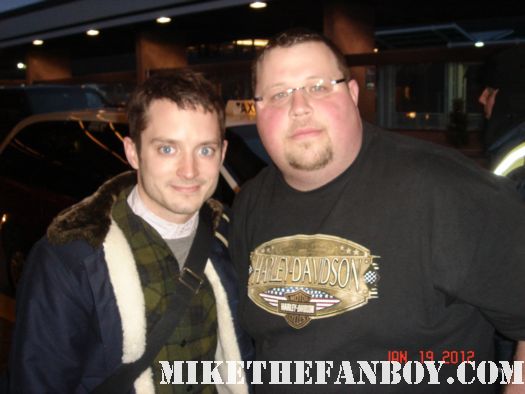 I came home on Sunday and counted up my totals for this year. I got 32 autographs and 16 photo ops. My buddy who stayed a few more days got me 10 more sigs on various things.