Ace is back! He headed out to the Cloudy With A Chance of Meatballs 2 premiere which took place in Westwood and had some success!

Sadly he missed a couple key names but still walked away with some fun stuff. That’s the thing with premiere’s you can get a lot of great stuff, and then… You can walk away with nadda!

What’s up autograph fanatics! Ace here with a recap of the Cloudy with a Chance of Meatballs 2 premiere.

Now, I was pretty hesitant about going to the premiere. I got up at like nine in the morning and the premiere arrivals were at ten. So Mr. C, my brother, and myself were cutting it close. Moz kept in touch, as I had no clue if we were going to make it. We only had thirty minutes to drive quite a distance as well as park. Seemed like a big rush since I had to get home within hours….

We arrived around ten and from a distance I could see Lou Diamond Phillips signing… He was one of the reasons that we came to the premiere. We ran as fast as we could. We caught him right before he finished half of the line. He signed two of my La Bamba posters before I could get my Young Guns done. I would have to try again later. 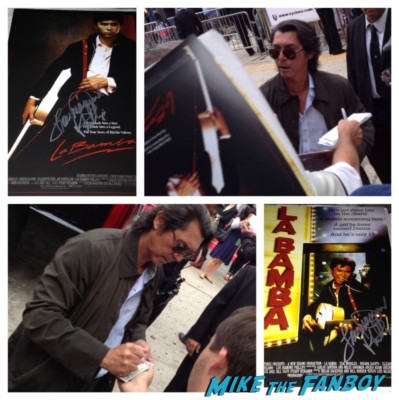 DVD Dave and Moz were the first I saw… They notified me that I missed Dave Foley. I had wanted him for a long time, but would have to put it off.

Neil Patrick Harris came over… Sadly, I left my stuff at home. At a heavy previous night, and left his stuff in that bag. You could understand why I would be disappointed. Regardless, there was nothing I could do.

Terry Crews soon arrived… I never thought he was going to come over but I had stuff for him either way. He started signing and I had to walk across the street putting White Chicks in his face around 6 times. He avoided it like the plague. I knew for a fact he didn’t want to sign it. You could feel it. On the last attempt I said, “Terry, I love you in White Chicks and it’s all I have. Can you Please Sign it?” He finally signed it… It was just weird. 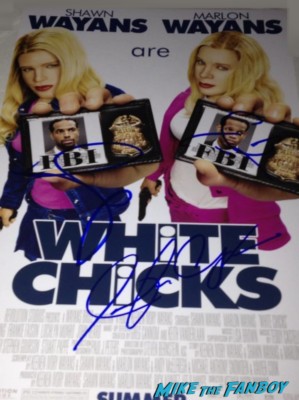 Anna Faris was the next one to come over. She sporadically did it as they tried to pull her after a minute… She said she would come back… I never got her.

Bill Hader was also cool enough to come over after he got out of the car. I was so disappointed I didn’t bring my Forgetting Sarah Marshall Photos. Regardless, he signed my Superbad. 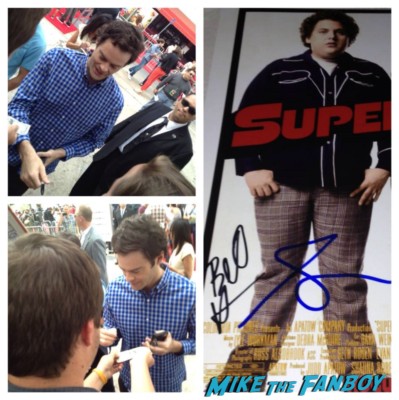 Marcia Gay Harden arrived and came over after she greeted everyone. We all had our Mist posters and photos… She played around and sighed as though signing The Mist was a dread. She was so nice! It was awesome to finally get her. 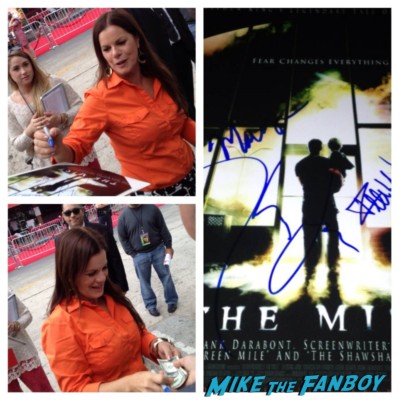 John Francis Daley was one of the last people I saw. We asked him if he would sign and he said he would do it later. So we ran to the other street and got him on the way in. He didn’t want to do it but when he did, he was cool about it. 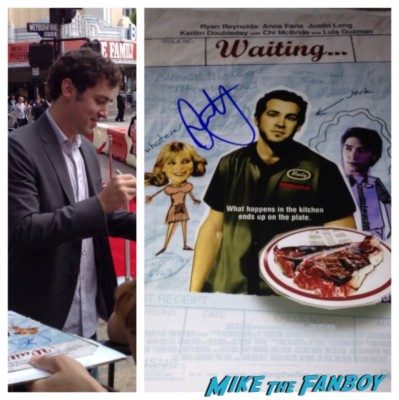 Shortly after Anna Faris and NPH jumped off the carpet, got in their cars and zoomed out of here. We begged Anna to do it, but of course, the later turned to never. I got who I came for so I was happy.