Comic Con has released it’s schedule for Friday and there are a bunch of cool panels to check out.

Vikings is back and MTV will be showcasing Scream. Warner Archive is back and a lot more!

check out the highlights below!

Behind the Music: SyFy Thrills and Chills

Bill Brown (Dominion), Jason Gallagher (Z Nation), Reinhold Heil (Helix), FM Le Sieur (Being Human), Paul Linford (12 Monkeys), and Chris Ridenhour (Sharknado 1-3) talk about what it takes to create music for post-apocalyptic worlds, zombie, attacks and other out-of-this-world situations. The panelists will show you how much influence the music has on defining your experience as a viewer, as well as the subtle details that go into making sounds for top SyFy television programs. With special guest moderators Tahmoh Penikett (Battlestar Gallactica) and DJ Qualls (Z Nation). 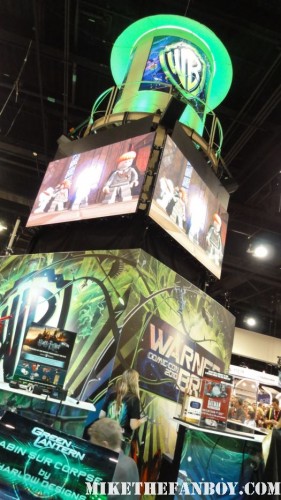 Celebrate the 50th anniversary of the original pint-sized powerhouse Atom Ant, along with a bevy of animation favorites from throughout the ages, including a look at the upcoming Warner Archive release of the beloved 1983 Lucasfilm animated movie, John Korty’s Twice Upon a Time. Spend an hour reminiscing over great animation with WAC Podcast hosts George Feltenstein, Matthew Patterson, and DW Ferranti, as well as Twice Upon a Time animator Brian Narelle (Dark Star’s Lt. Doolittle) and animation historian and Comic-Con special guest Jerry Beck, along with a few special guests. Moderator Gary Miereanu might even have a few WAC Blu-rays and DVDs for lucky audience members. 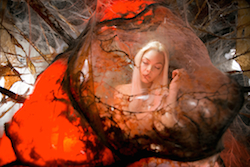 A special goodbye to TNT’s epic alien series Falling Skies. Noah Wyle, Moon Bloodgood, Drew Roy, and others will be on hand to discuss favorite moments, most gruesome deaths, and memorable alien battle scars. The Espheni Power Core has been destroyed but with mutant aliens running rampant on Earth, human survival is still at stake. After being tortured, imprisoned, and having their loved ones stolen and killed, Tom Mason and the 2nd Mass are filled with rage and ready to destroy the enemy. Con attendees will be treated to an exclusive look ahead at the epic final season and a Q&A.

Lucifer is the story of the original fallen angel. Bored and unhappy as the Lord of Hell, Lucifer Morningstar has resigned his throne and retired to the City of Angels, where he owns an upscale piano bar called Lux. When a beautiful pop star is murdered, for the first time in roughly 10 billion years, he feels something awaken deep within him. Is he actually capable of feelings for a human being? The very thought disturbs him. The murder attracts the attention of LAPD homicide detective Chloe Dancer, who finds herself both repulsed and fascinated by Lucifer. At the same time, God’s emissary, the angel Amenadiel, has been sent to Los Angeles to convince Lucifer to return to Hell. But with the City of Angels at his feet and a newfound purpose, Lucifer’s having too much fun to go back now. Sexy, dark and irreverent, Lucifer makes its Comic-Con debut with a screening of the complete pilot episode, followed by a Q&A with series stars and producers. From Jerry Bruckheimer Television and Aggressive Mediocrity in association with Warner Bros. Television, and based on characters created by Neil Gaiman, Sam Kieth, and Mike Dringenberg for DC Entertainment’s Vertigo imprint, Lucifer premieres Midseason on FOX. 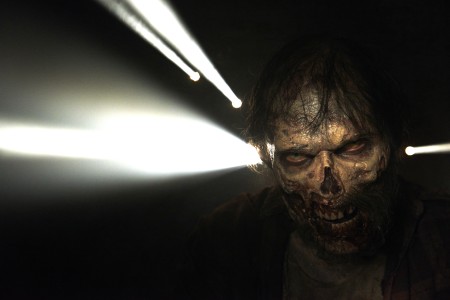 Be one of the first to take a look at FOX’s new fall sci-fi action thriller. Based on the hit futuristic Steven Spielberg feature, Minority Report follows the unlikely partnership between a man haunted by the future and a cop haunted by her past, as they race to stop the worst crimes of the year 2065 before they happen. Join Stark Sands (Inside Llewyn Davis), Meagan Good (Think Like a Man franchise, Californication) along with other cast and producers for a special screening followed by a Q&A. 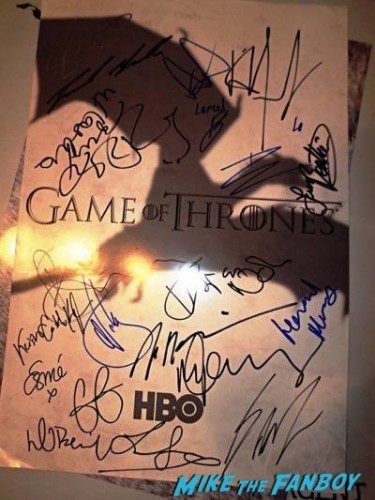 Based on the bestselling fantasy book series A Song of Ice and Fire by George R. R. Martin, HBO’s Game of Thrones concluded its 10-episode fifth season in June and will begin filming its sixth season this summer. The series, executive produced and written by David Benioff and D.B. Weiss, is an epic story of treachery and nobility, set on the continent of Westeros, where summers and winters can last years. Panelists include (in alphabetical order) Alfie Allen as Theon Greyjoy/Reek, John Bradley as Samwell Tarly, Gwendoline Christie as Brienne of Tarth, Liam Cunningham as Davos Seaworth, Natalie Dormer as Margaery Tyrell, Conleth Hill as Varys, David Nutter (director), Hannah Murray as Gilly, Carolyn Strauss (executive producer), Sophie Turner as Sansa Stark, Carice van Houten as Melisandre, and Maisie Williams as Arya Stark.

Jeph Loeb (Marvel’s head of television) brings you exclusive news and surprises about your favorite action-packed Marvel series on ABC. Join Jeph, showrunners, and the casts of Marvel’s Agents of S.H.I.E.L.D. and Agent Carter for this can’t-miss panel that’ll have everyone talking! 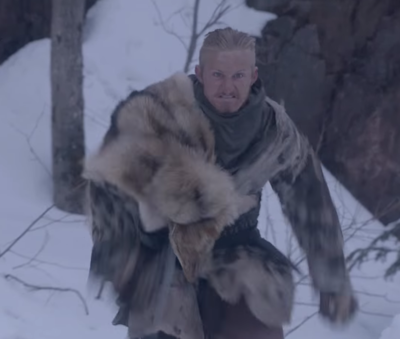 History’s hit drama series Vikings returns to SDCC, sailing straight from the set of Season 4. Join the Lothbrok clan: Travis Fimmel (Ragnar), Katheryn Winnick (Lagertha), Clive Standen (Rollo), and Alexander Ludwig (Bjorn), along with Michael Hirst (writer/creator) and Dirk Hoogstra (History EVP and general manager), as they reveal an exclusive sneak peek of the new season. Find out what the gods have in store for Season 4. 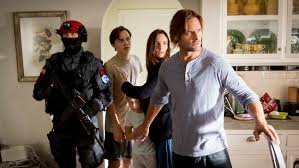 Executive producers Carlton Cuse (Lost, The Strain) and Ryan Condal (Hercules) along with series stars Josh Holloway (Lost) and Sarah Wayne Callies (The Walking Dead) present an inside look at USA Network’s new original drama series Colony, moderated by TV Guide’s Michael Schneider. Be the first to see an exclusive trailer and never-before-seen clips, and learn about this epic new series directly from the cast and creators. Colony is set in near-future Los Angeles after outside intruders have seized control of the city and subjected it to a military occupation. Surrounded by impenetrable walls and torn by opposing forces, most citizens feel powerless to stop the new regime; some collaborate with the authorities and benefit from the new order, while others rebel and suffer the consequences.

Archer, the award-winning animated comedy about a spy agency whose employees constantly undermine, sabotage, and betray each other for personal gain, will bring together creator Adam Reed and executive producer Matt Thompson, along with the voice cast of H. Jon Benjamin, Jessica Walter, Aisha Tyler, Judy Greer, Chris Parnell, Amber Nash, and Lucky Yates. In addition to the panel, fans will see an exclusive screening of a “best of” reel highlighting many of the series’ best moments.

After the shocking events in the season finale of brainy hit iZombie, be among the first to get the scoop on what’s in store for Season 2. Now that Liv (Rose McIver) gave the cure for zombie-ism to Blaine and Major (one that she desperately wanted to take herself!) will Ravi find a way to develop another cure? Will Clive remain in the dark about the existence of zombies? A special video presentation will be followed by a Q&A with series stars as well as executive producers Rob Thomas (Veronica Mars) and Diane Ruggiero-Wright (Veronica Mars). From Bonanza Productions Inc. in association with Spondoolie Productions and Warner Bros. Television and based on characters created by Chris Roberson and Michael Allred, published by DC Entertainment’s Vertigo imprint, iZombie returns this fall with all-new episodes on Tuesdays at 9/8c on The CW. iZombie: The Complete First Season will be released on Blu-ray and DVD on September 29.

Stars Tatiana Maslany (Sarah and the Leda clones), Jordan Gavaris (Felix), Maria Doyle Kennedy (Mrs. S), Dylan Bruce (Paul), Kristian Bruun (Donnie), and Ari Millen (Mark and the Castor clones) and co-creators John Fawcett and Graeme Manson look back at last season before filming begins on Season 4. Orphan Black Season 3 is currently on VOD. For those new to the Clone Club, you can also start watching the BBC America series by streaming the first two seasons on Amazon Prime or download the entire series from any of the major digital platforms.

An Inside Look at Shout! Factory, Shout! Kids, and Scream Factory