One really cool thing you can do is head to the Haven Herald and get your PERSONALIZED Facebook and Twitter Haven recap video. It’s very cool. 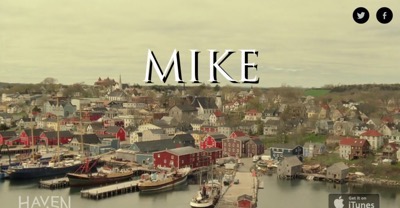 Anytime I can see my name in bold white letters I’m down with it, so make sure and check it out.

Check out some more info about the new season of Haven below:

To catch up, watch the new trailer below!

In the action-packed second half of Season 5, the town of Haven has been cut off from the rest of the world by a mysterious fog – and hometown heroes Audrey (Emily Rose), Nathan (Lucas Bryant), Duke (Eric Balfour) and Dwight (Adam Copeland) are faced with challenges unlike any they’ve experienced before. As events in Haven sprints towards a cataclysmic showdown, tensions rise, allegiances shift and – in a harrowing closing chapter – the mystery of “Croatoan” is finally revealed.

Episodes of the series will air regularly Thursdays at 10/9c through the December 17 finale, and returning guest stars include fan favorites Kris Lemche as paranormal investigator Seth Byrne, Steve Lund as the Colorado Kid, and Jay Reso (aka WWE Superstar Christian) as McHugh, one of Dwight’s childhood friends. Also joining the cast this season is William Shatner, in a recurring role as a pivotal character with the potential to forever impact the fate of Haven.

Based on the novella The Colorado Kid from renowned author Stephen King, HAVEN follows former FBI agent Audrey Parker, who becomes a cop in the small town of Haven, Maine, and soon discovers the town’s many secrets, which also hold the key to unlocking the mysteries of her lost past. 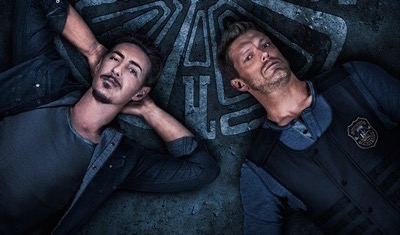 Plus, after you watch the refresher video, you can catch up on full episodes with an awesome giveaway we have! You can win a $10 iTunes card to download episodes of Haven! We’ll have three winners, so tweet and enter below!

CHECK OUT ALL THE EPISODES OF HAVEN AVAILABLE ON ITUNES HERE!
So, how do you win?